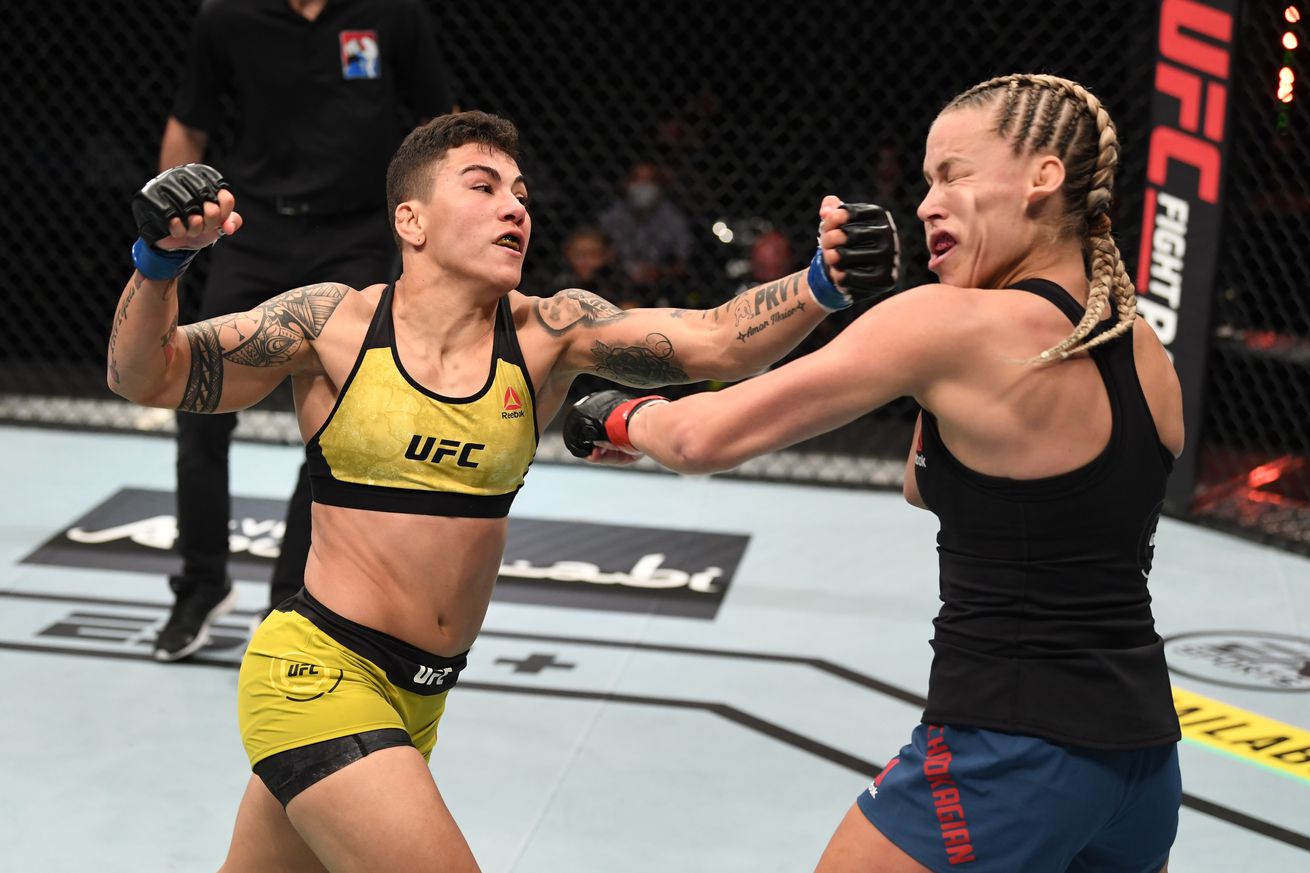 In her flyweight debut, Jessica Andrade took out the No. 1 ranked fighter in the division and simultaneously served notice to champion Valentina Shevchenko that she’s got a new challenger.

After previously competing at bantamweight and winning the strawweight championship, Andrade decided to test herself at 125 pounds and the results were immediately successful. The Brazilian walked through Katlyn Chookagian’s best strikes on her way to a pair of brutal body shots that ultimately stopped the fight.

“When you fight with happiness like I’m happy tonight, there’s only one result you can have,” Andrade said after earning the TKO at 4:55 in the first round.

“Now I’m No. 1 and let’s see if I have a chance at fighting Valentina.”

SHE’S COMING FOR THE BELT

@JessicaMMAPro stops the No. 1 contender in ONE ROUND.

[ Main event next on #ESPNPlus ] pic.twitter.com/WTpWE2lSlD

Giving up a lot of height and reach, Andrade wasted no time closing the distance and getting inside on Chookagian where she looked to bully the former title challenger. Like usual, Andrade was throwing with power behind all of her punches as she was constantly digging to the body and then back up to the head.

When she was able to break free from the clinch, Chookagian did her best to showcase her signature volume striking game but she just couldn’t keep Andrade at the end of her punches.

As the first round moved into the final minute, Andrade continued to punish her opponent at every turn including a nasty body shot that turned Chookagian around, wincing in pain. Recognizing that Chookagian was in trouble, Andrade rushed forward with a barrage of shots but it was another punch to the midsection that ended the fight.

Once Chookagian dropped to the mat, Andrade kept throwing punches until the referee could rush into stop the contest.

With wins in all three women’s weight classes in the UFC, Andrade made history on Saturday night but more importantly she may have secured her spot as the new top contender in the flyweight division with Shevchenko currently awaiting a showdown against Jennifer Maia in November.