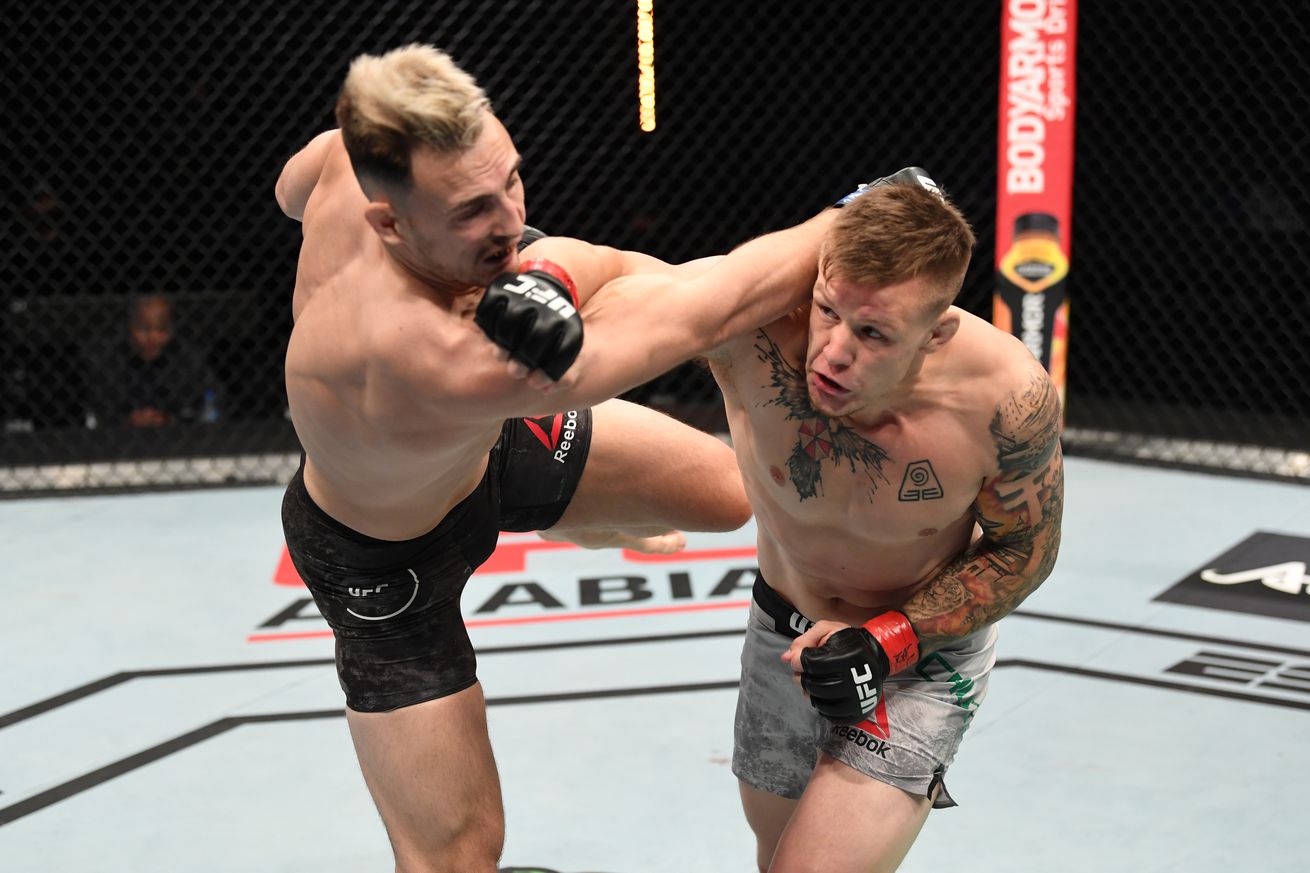 The Australian fighter witnessed a pair of decision to open the main card at UFC Fight Island 6 but he had no desire to get the judges involved in his fight. Crute landed a punishing right hook that snapped Bukauskas’ head around and that was the beginning of the end.

After the first shot landed, Crute immediately followed up with a series of left hands that put Bukauskus down on the canvas as the referee rushed into stop the contest.

The official end time came at 2:01 in the opening round.

@CruteJim with a STATEMENT on Fight Island.

[ Co-main next on #ESPNPlus ] pic.twitter.com/oYx2sffumR

As it turns out the game plan from Crute and his coaches was to focus on leg kicks to chop down Bukauskus while looking for the takedowns whenever opportunities were presented. While he did attempt an early grappling exchange, Crute appeared more than happy to throw hands with Bukauskas.

That eventually led to the jaw-dropping knockout as Crute notched his second win in a row while moving to 4-1 in the UFC. Afterwards, Crute was quick with a call out already in mind for his next fight.

“I know there’s a man that was supposed to fight on this card,” Crute told UFC color commentator Daniel Cormier in the octagon.

“I know he won’t tie me down like a lot of these other guys. Nikita Krylov, what do you want?”