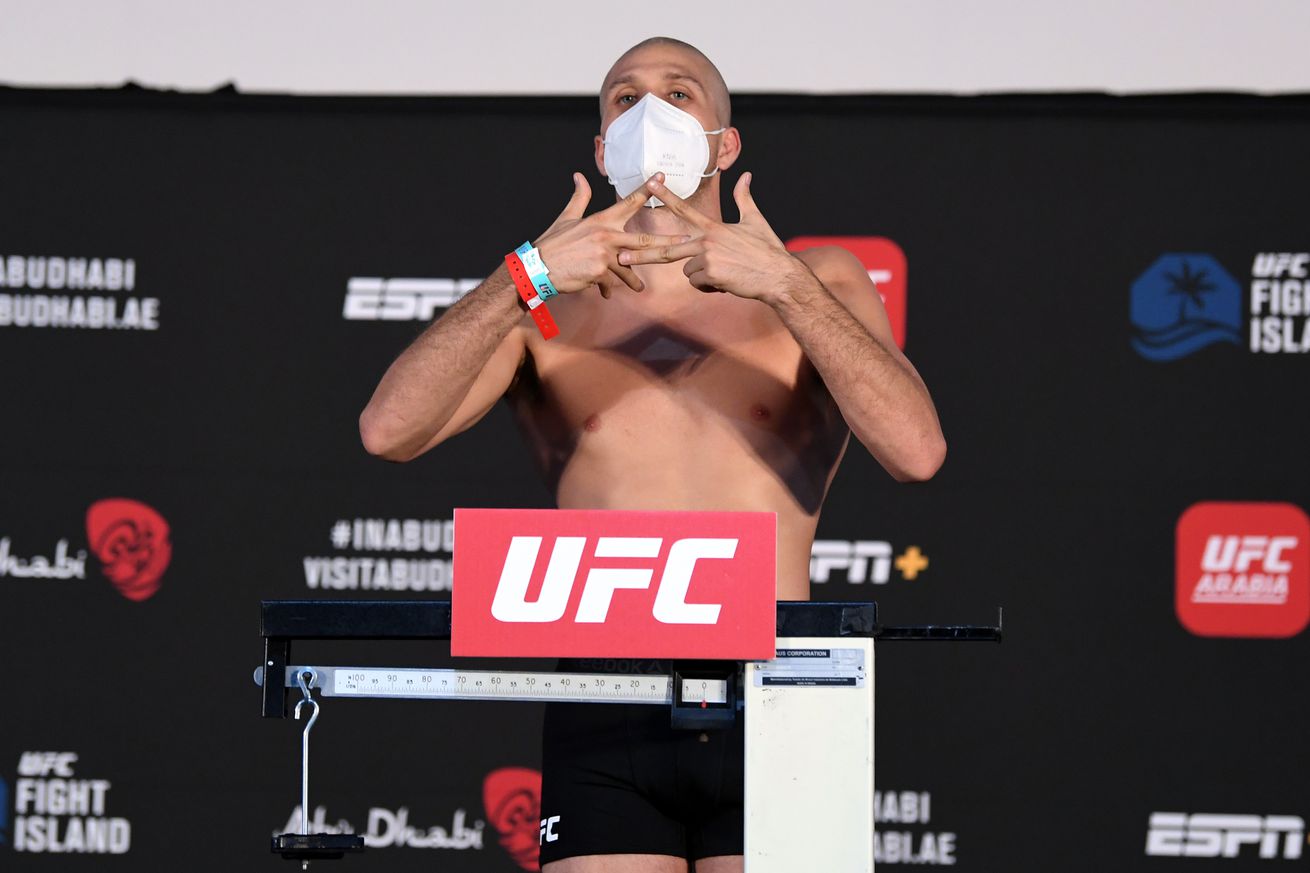 Neither Brian Ortega nor “The Korean Zombie” Chan Sung Jung were on championship weight, but both are ready to compete for a No. 1 contender’s spot.

The top-ranked featherweights both weighed in at 146 pounds Friday morning for the main event of UFC Fight Island 6, which takes place in Abu Dhabi on Saturday. That fight is now official with both men taking advantage of the one-pound allowance for non-title bouts.

UFC President Dana White has publicly stated that he expects the winner of Ortega vs. Jung to go on to challenge Alexander Volkanovski for the 145-pound title.

The co-main event also has major title contender implications as Katlyn Chookagian welcomes former strawweight champion Jessica Andrade to the flyweight division. Like Ortega and Jung, both women made use of the one-pound allowance successfully weighing in at 126 pounds.

All 22 fighters successfully made weight for Saturday’s card.