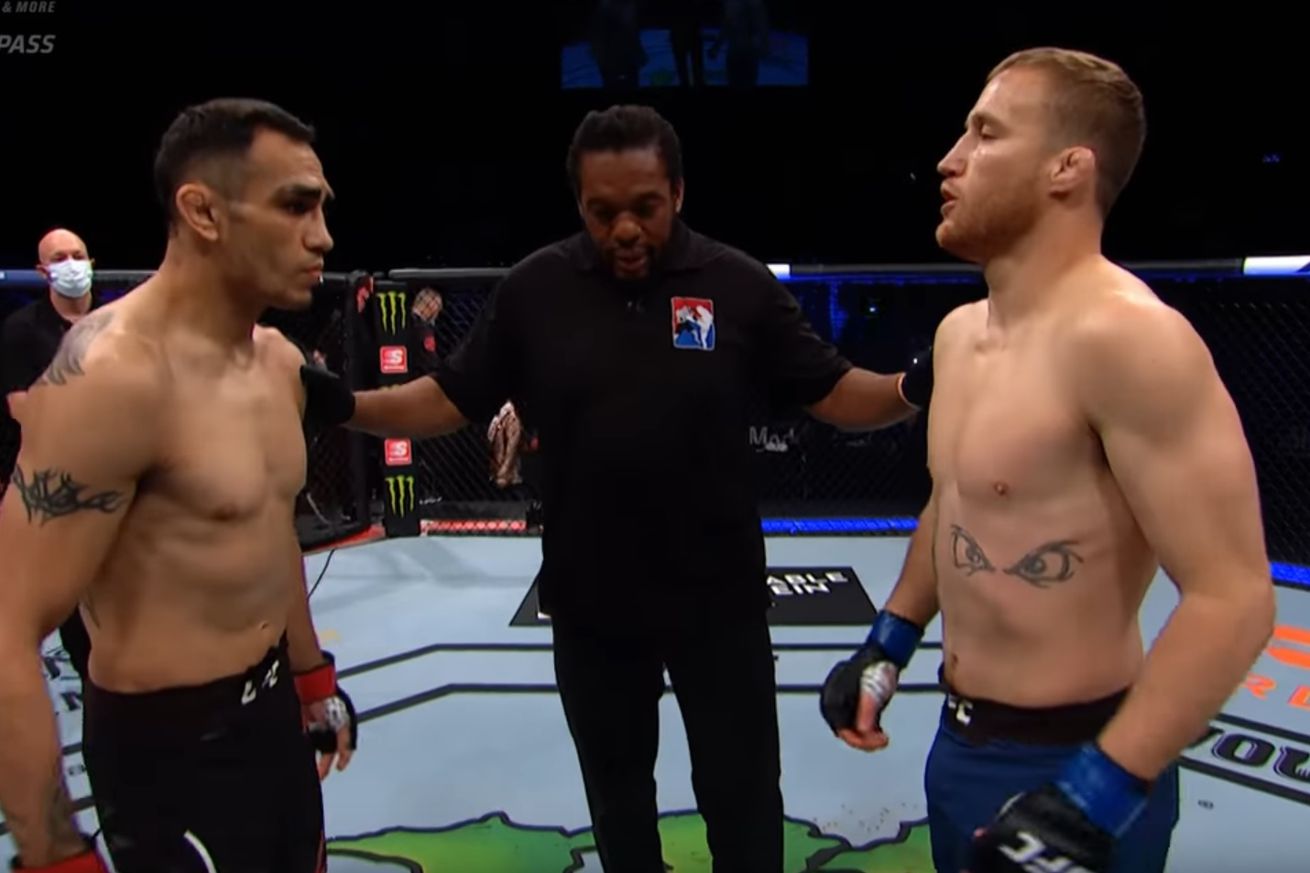 A dozen men had fallen to Ferguson since his last loss in May 2012 and while he’d hoped to finally get his hands on rival Khabib Nurmagomedov, he would once again have to settle for a different opponent. That opponent happened to be Gaethje, who was coming in hot off of first-round knockout victories of Donald Cerrone, Edson Barboza, and James Vick.

Gaethje overwhelmed Ferguson on fight night, pummeling “El Cucuy” for almost 25 minutes before the bout was waved off in the fifth round.

Up next for Gaethje, he brings an interim belt into a unification bout with undefeated and undisputed lightweight champion Nurmagomedov. The two fight in the main event of UFC 254 on Oct. 24.