According to the Australian Associated Press, UFC heavyweight Ben Sosolihas been sentenced to 22 months in jail for an incident in which he broke a man’s jaw outside a bar in Melbourne.

Sosoli (7-3 MMA, 0-1 UFC) was working as a bouncer at the Jacksons Lounge Bar when the incident occurred in Sept. 2019. A patron who was refused service twice snuck back into the bar. Each time was escorted out by the 30-year-old Sosoli. After the second occurrence, he broke the victim’s jaw with a single punch, the damage from which required facial surgery.

Monday, Sosoli was sentenced to 22 months in jail after pleading guilty to recklessly causing serious injury and must serve at least 11 months before he is eligible to apply for parole.

While Sosoli said he was provoked, Judge Gavan Meredith told Sosoli on Monday this was no excuse.

“You are expected not to respond to provocation in the way you did,” the judge said, according to the AAP.

While the report said Sosoli has been released from the UFC, at this point, his fighter profile remains up on UFC.com as of Monday.

Sosoli is best remembered for his no contest against Greg Hardy in October 2019 in Boston. Hardy originally won via unanimous decision, but the result was overturned due to Hardy’s illegal use of an inhaler between rounds. Sosoli last fought on Feb. 22, dropping a first-round TKO to Marcos Rogerio de Lima at UFC on ESPN+ 26. 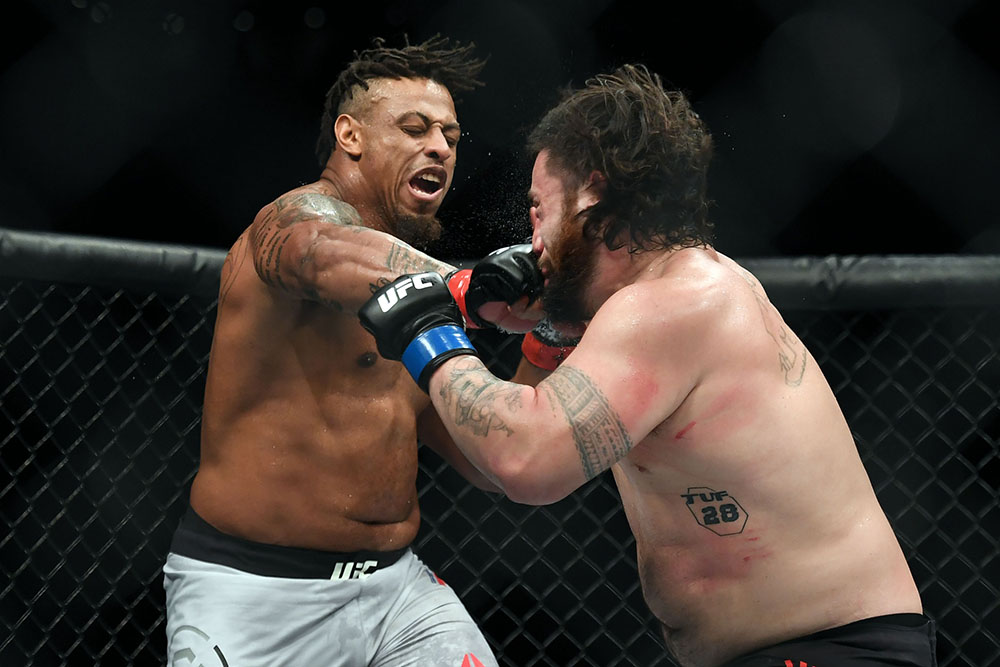