The first “Fight Night” event of the UFC’s return to “Fight Island” has a face.

The official poster for UFC on ESPN 16, which goes down Oct. 3 at Yas Island in Abu Dhabi, has been released. The poster features headliners Holly Holm (13-5 MMA, 6-5 UFC) and Irene Aldana (12-5 MMA, 5-3 UFC) shoulder-to-shoulder at center stage.

This five-round contest is a key bout for the UFC’s women’s bantamweight division. Holm, a former UFC champion, is coming off a decision win over Raquel Pennington in January. Aldana is 5-1 in her past six performances in the octagon. The 32-year-old Mexican is coming off a first-round knockout win over Ketlen Viera in December 2019.

Irene Aldana proud to represent Mexico on verge of UFC history: ‘It fills me with pride’

Holly Holm: I hope Amanda Nunes cools retirement talk ‘so I can get a rematch’

The bout originally was scheduled to take place at UFC on ESPN+ 31 in August, but Aldana tested positive for COVID-19, which forced the UFC to postpone the bout.

Check out the official poster for UFC on ESPN 16 below: 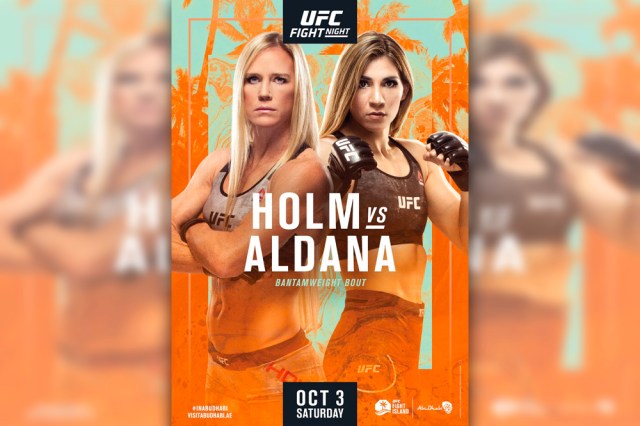 Photos: Holly Holm through the years 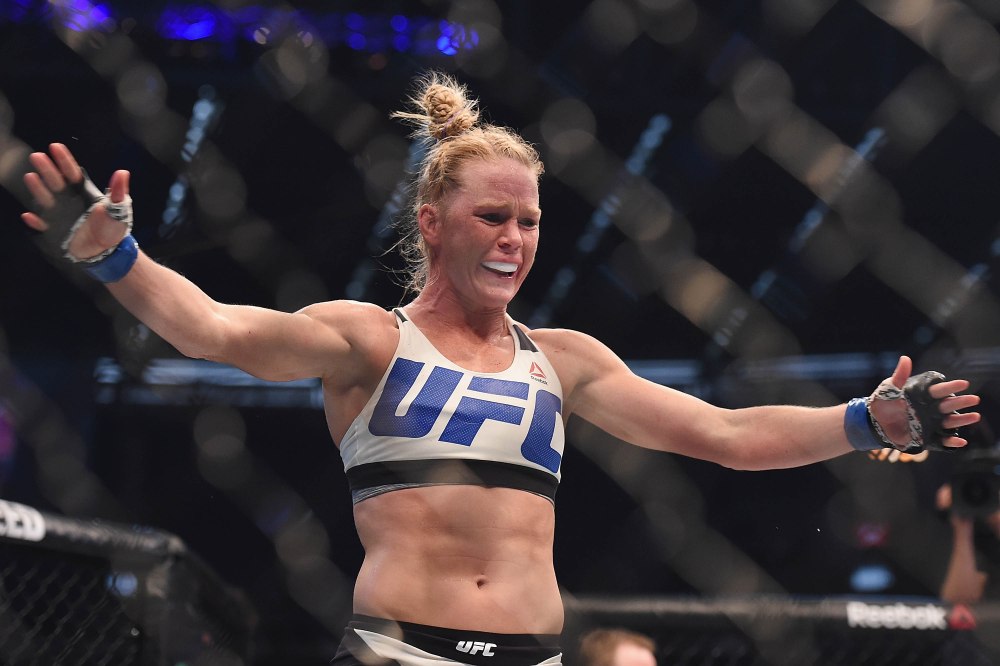