The arena in Busan, South Korea was filled with chants of “Zombie! Zombie!” as “The Korean Zombie” Chan Sung Jung delivered one of the biggest performances of his career at UFC on ESPN+ 23.

Frankie Edgar had stepped in on just over two weeks’ notice to replace the injured Brian Ortega for the December 2019 bout in South Korea. But the change of opponent appeared to matter little to Jung, who produced an inspired performance to score a huge first-round win.

Seemingly energized by the raucous crowd inside the Sajik Arena, Jung snapped out some strong early punches and easily shrugged off an Edgar takedown attempt as he imposed his strength on the former UFC lightweight champion in the opening seconds of the fight.

‘Korean Zombie’ vows to put trash talk in past, hopes Brian Ortega is willing to do same

Brian Ortega expects slugfest with Chan Sung Jung in UFC fight: ‘We don’t like each other’

Jung then countered an Edgar leg kick with a heavy left hand that stung the American as the crowd turned up the noise in anticipation of an early finish. The South Korean didn’t need a second invitation and poured on the pressure with a salvo of strikes that sent Edgar to the deck, where Jung continued his onslaught.

Somehow, Edgar managed to battle his way back to his feet, but another barrage of strikes sent him back down to the canvas as referee Marc Goddard stepped in to spare him further punishment and hand Jung a huge win in front of his fellow countrymen.

Before he faces “T-City,” relive “The Korean Zombie’s” one-round demolition job on Edgar via the video above. 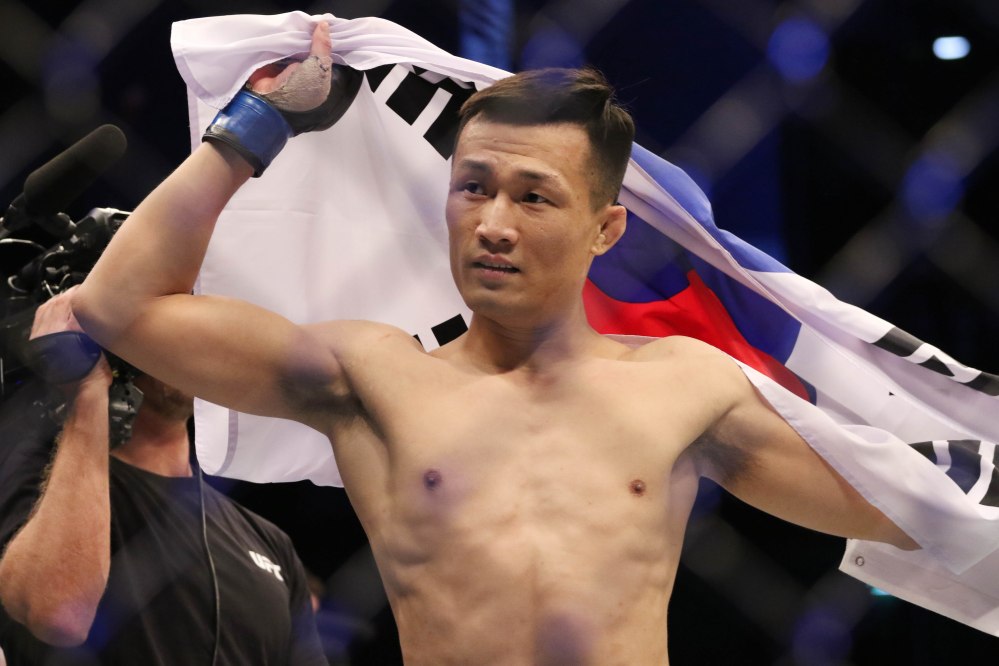