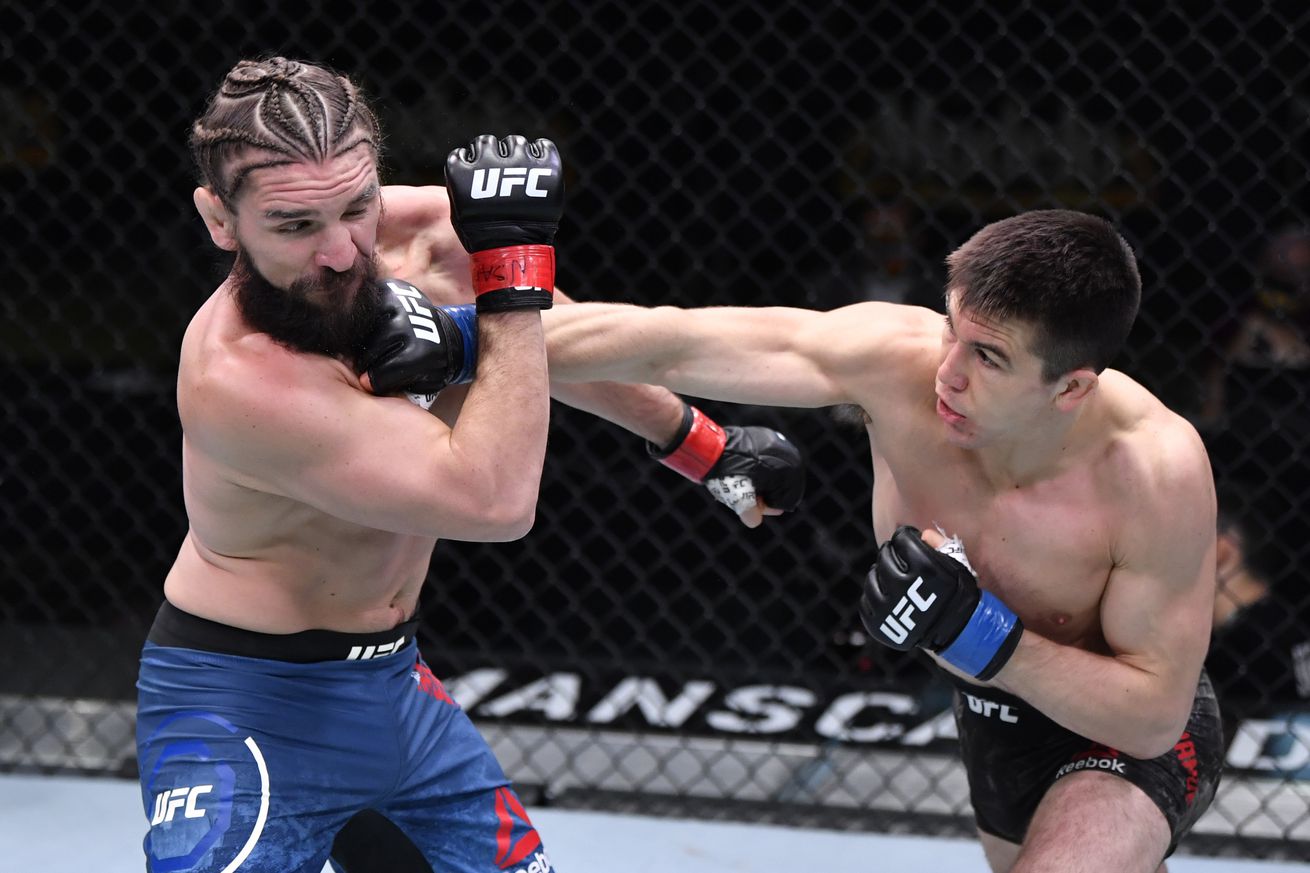 Hernandez bounced back from a TKO loss to Drew Dober in May with a knockout of Chris Gruetzemacher in Saturday’s featured preliminary. It took less than two minutes for Hernandez to walk Gruetzemacher down and finish with punches.

With wins in August, September, and October, Holland has quickly boosted his 2020 record to 4-0. He made short work of short-notice newcomer Charlie Ontiveros, connecting with a slam in round one that resulted in a scary neck injury. It was later reported by The Mac Life that Ontiveros was diagnosed with a neck strain.

Earning their first UFC bonuses are bantamweights Adrian Yanez and Miles Johns. Yanez blasted Victor Rodriguez with a head kick inside of a round, while Johns capped off a strong performance against Kevin Natividad with a third-round uppercut knockout.