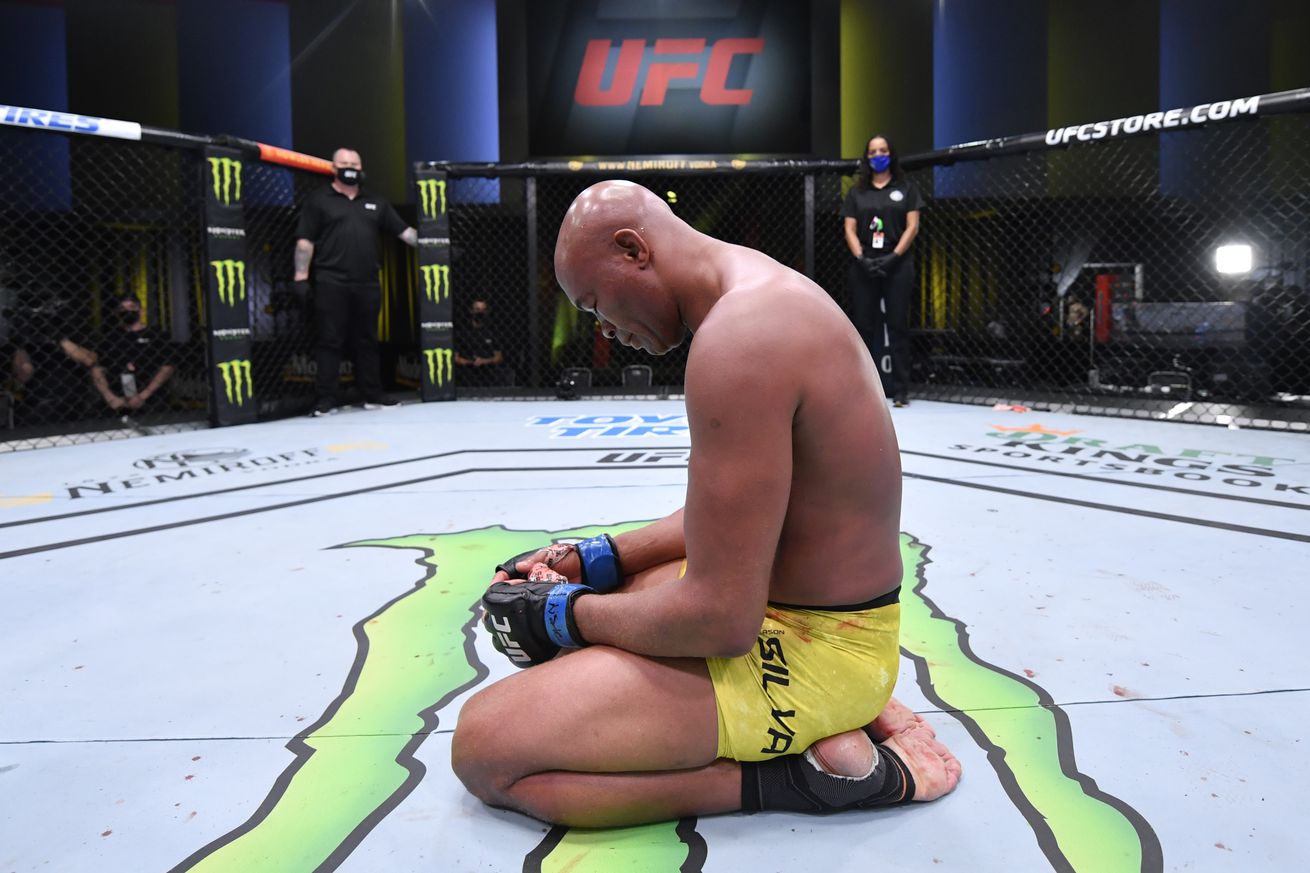 Anderson Silva competed in the octagon for perhaps the last time at UFC Vegas 12. But he wouldn’t commit to the “r” word.

In a fight billed as his final one, Silva lost via fourth-round TKO to Uriah Hall after an ill-advised charge that led to a head-rattling flurry of punches taken. Referee Herb Dean fought a trip to the mat after Silva grabbed ahold of his leg as the fight was waved off at the 1:24 mark of the fourth round.

Hall wasn’t the only one to take a big step up on Saturday at the UFC APEX. Bryce Mitchell got his camo shorts and did them proud with a gutsy decision over veteran Andre Fili in the co-main event.

Here’s what pro fighters had to say about UFC Vegas 12.

This should be a good 1 . I think it’ll end in a finish for sure! #UFCVegas12

Will always love the spider

Sad knowing Silva’s final @ufc fight will be with no crowd. Make sure you give this man a standing ovation when it’s all done win or lose!#ufc #UFCVegas #UFCVegas13

Spinning shit to the calf hurts#UFCVegas12

OK Anderson, good round one

Nice seeing the fight between the two fighters that both turned me down and then accepted fighting each other. #ufcvegas12

Too much respect being showing so far

I got 2 rounds for @SpiderAnderson #UFCVegas12

I think I’m giving round two to Hall, octagon control

Man Hall has a nasty jab

Dam Silva just got saved by the bell

Hope that’s the end for Anderson. He is a legend!

This man lives in a double wide in the middle of nowhere. If anybody deserves camo shorts its him.

I want some camo shorts too #ufcvegas12

If Bryce wins what does he ask for on the mic next, squirrel meat in the green room?

This has to be 1-1 going into the 3rd RD. Good TD from Bryce but no GnP, and not enough control time, in comparison to the damage done from Fili that 2nd RD.
Bryce needs to pick it up here. I think this fight is up for who wants it more this RD. #Vegas12

This going to be an interesting last couple of minutes! #UFCVegas12

Bryce very tenacious here! Fili needs to figure out something big or Thug Nasty will remain as he came- undefeated.#Vegas12

Greg Hardy is thiccc!… and looks to be an improved fighter. #UFCVegas12

Get him his inhaler!!!

Sideshow Bob in the house #UFCVegas12

That was his neck man.

This guy is really reaching now talking shit to stylebender

I think he was saying “my neck”. Hope he’s ok…that’s scary! #UFCVegas12

Mans couldn’t move at all! I know that same exact feeling. Almost feeling paralyzed. Pinched nerves are no joke. All their body weight, crashing to the ground, with no space from Holland’s head = devastating. It happened to me in wrestling and MMA sparring. #Vegas12

Time for Thiago Moises get one more victory #UFCVegas12

Bobby Green just needs to protect his knees from leg reaps and he should take this with his stand up. Should be a fun grappler vs striker match up. #Vegas12