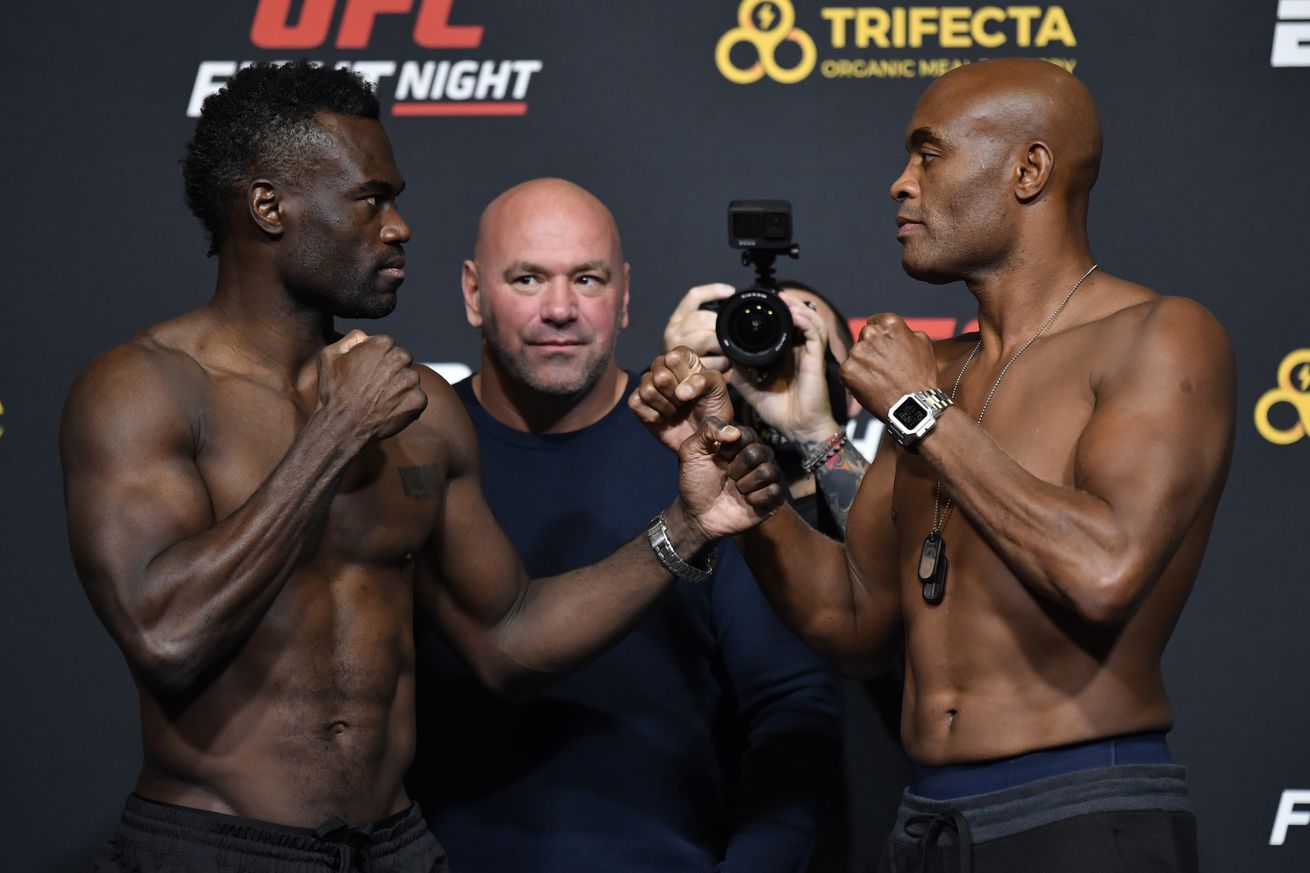 This is the UFC Vegas 12 live blog for Anderson Silva vs. Uriah Hall, the middleweight headliner for Saturday’s fight card at UFC APEX in Las Vegas.

The event marks the potential final UFC fight of Silva’s decorated career in the octagon. Once the sport’s most dominant figure, Silva set a record of 10 consecutive title defenses that held for five years until Demetrious Johnson eclipsed it by one in 2017. Since a title-losing knockout against Chris Weidman in 2013, Silva was never able to recapture the brilliance of his first UFC title run. A horrific leg injury played a big part in that as well as age and wear from over one decade in combat sports. Silva has lost four of his past five fights, most recently suffering another leg injury that halted his fight with Jared Canonnier in May 2019. He has said this fight could be his last, though he’s hedged on whether it will be his last overall or just his last in the UFC.

Hall, who’s drawn comparisons to Silva from his early octagon performances, comes into the fight after a series of cancelations amid the COVID-19 pandemic. He is currently on a two-fight win streak capped by a decision over Antonio Carlos Junior in September 2019.

Check out the UFC Vegas 12 live blog below.