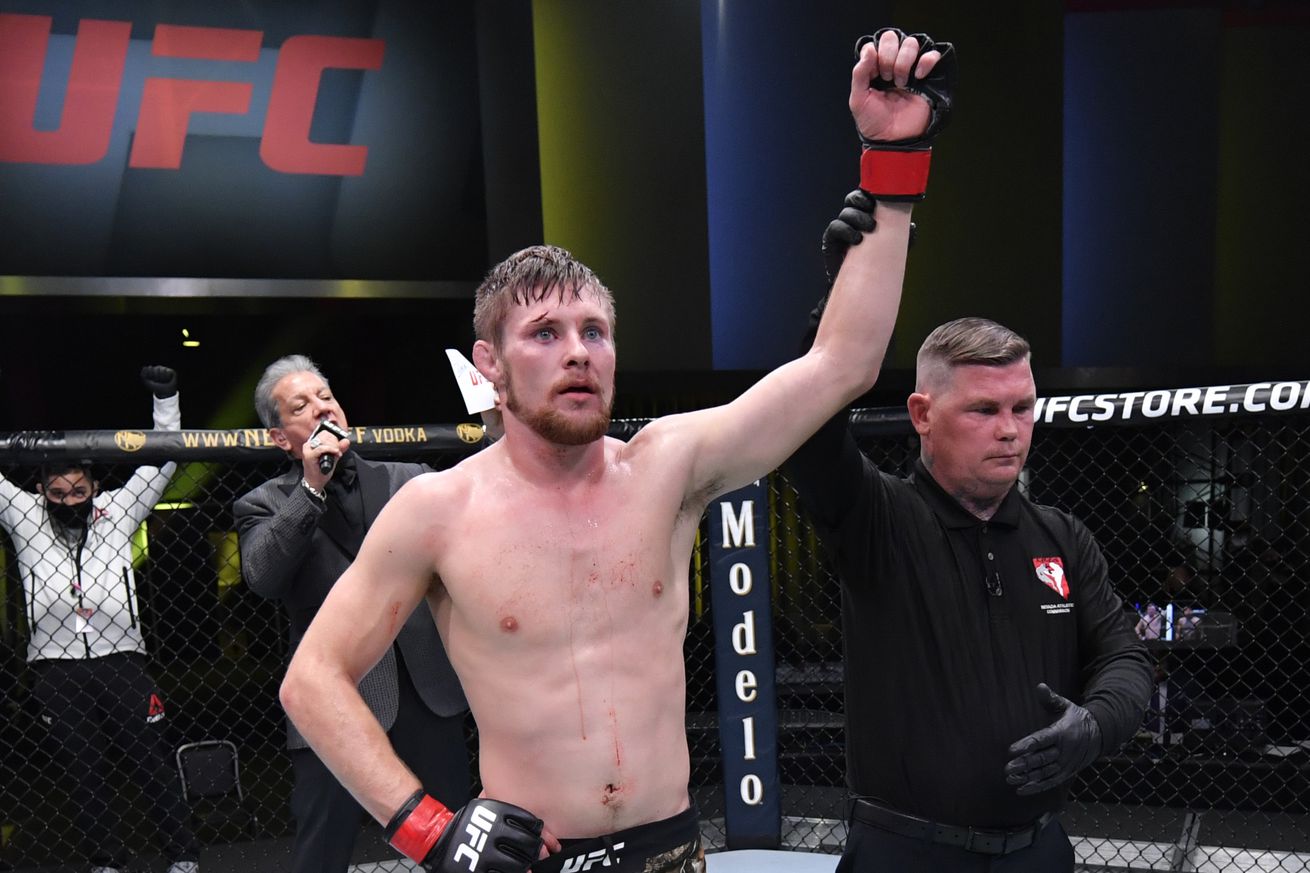 Bryce Mitchell is proving to be a problem for anybody in the featherweight division.

In the co-main event at UFC Vegas 12, the former Ultimate Fighter contender used his suffocating grappling game to take Andre Fili to the ground repeatedly over three rounds to earn a unanimous decision win. While he had a battle on his hands throughout, Mitchell still picked up his fifth win in a row in the UFC with the judges giving him the fight 30-27, 30-27 and 29-28 on the scorecards.

Afterwards, Mitchell didn’t seem ready to celebrate as he was largely critical of his own performance.

“I do better in the gym,” Mitchell said. “Just a lot of sh*t I’ve got to work on. I shouldn’t have let him roll me. I don’t want him escaping when I get him down.”

As soon as the fight got started, Mitchell was quick to bring Fili into his world on the ground while immediately looking to advance his position to set up his versatile submission arsenal. Each time Fili attempted to escape, Mitchell was quick to thwart his attempt as he showcased an incredibly strong grappling game.

After spending much of the opening round on his back, Fili was determined to keep the fight standing in round two. The Team Alpha Male fighter showed fast hands with pop behind his punches as he sprawled out of several attempts from Mitchell to get the takedown.

During one exchange, Fili exploded with a jumping knee strike that caught Mitchell off guard and rattled him momentarily before he was finally able to bring the action back down to the mat again.

With five minutes remaining, Mitchell turned back to his wrestling as he sought to grind Fili into the mat to help secure the victory. Fili was busy off his back but still spent almost the entire round playing defense, which obviously didn’t help him with the judges.

In the end, Mitchell’s ground control was too much for Fili to overcome as the Arkansas native picked up the unanimous decision victory. Still undefeated in his career, Mitchell is already ranked in the top 15 at featherweight and this will certainly help him earn another high profile fight when he returns to action.