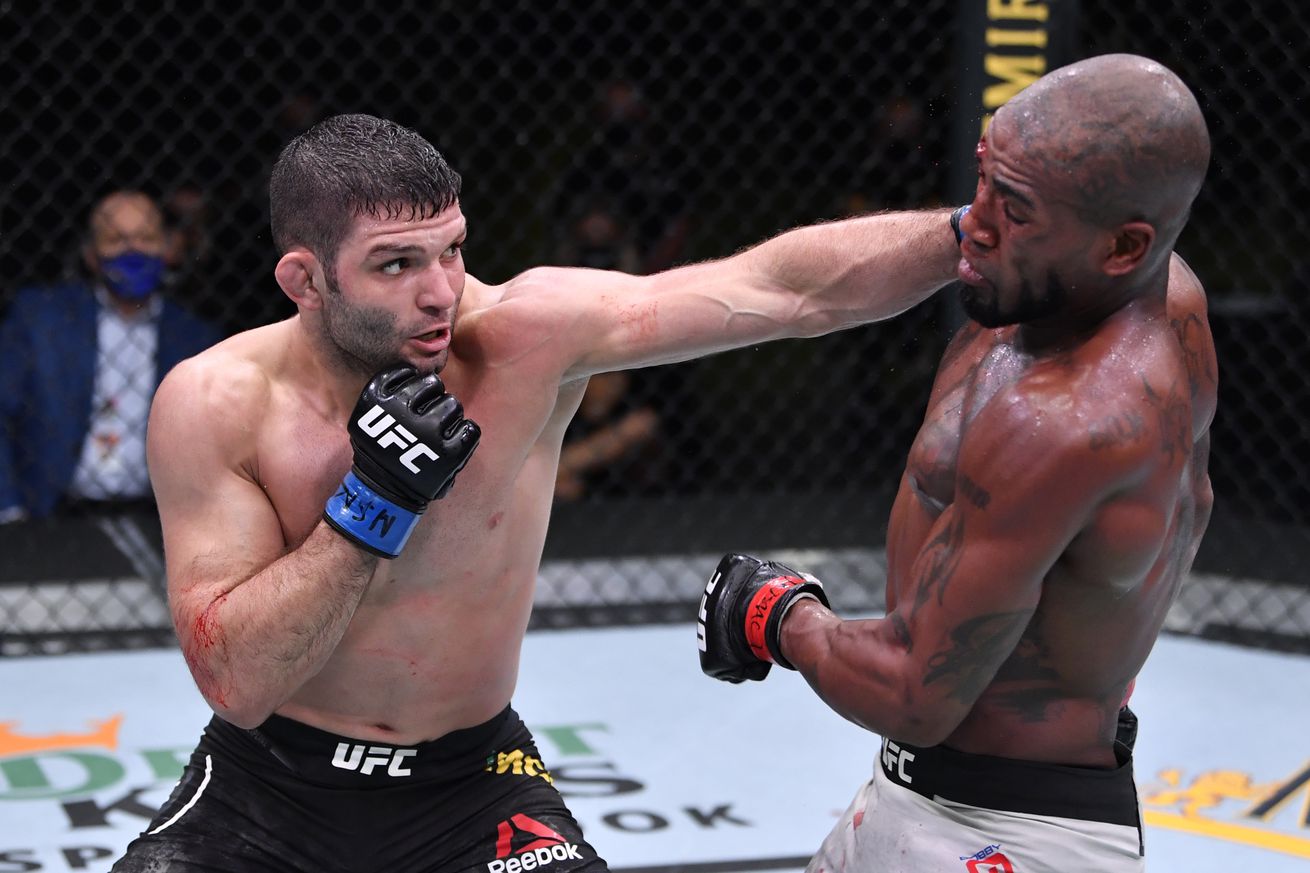 It was a battle through all three rounds but Thiago Moises did enough to earn a unanimous decision in the opening fight on the main card at UFC Vegas 12.

The Brazilian was happy to display his striking for the better part of 15 minutes while exchanging shots with Bobby Green on the feet. While both fighters had their moments it was Moises who did more damage overall, which helped him sway the judges the all three scorecards coming back 29-28 in his favor.

“I’m so happy right now,” Moises said after picking up his second win in a row overall. “Cause I come from two big wins, Michael Johnson and now Bobby Green. I want a top 15 [opponent] next and hopefully a bonus for Fight of the Night.”

Best known as a ground specialist, Moises was more than willing to trade shots with Green on the feet as both fighters were swinging with fire behind their strikes. Moises was looking for the knockout with almost every punch or kick he threw while Green opted for a more tactical approach with his combinations.

When the fight did hit the canvas in the second round, Moises was quick to look for one of his signature leg locks. He first grabbed onto an ankle lock and then transitioned to a heel hook but Green refused to panic or get flustered as he worked his way free from the submission attempts.

Back on the feet, Green was still showing fast footwork and quick hands while Moises appeared to lose a step after coming up short with his grappling game.

As the action moved into the third round, Moises was still throwing heavy leather as he opened a cut over Green’s right eye while he was still trying to duck and dodge out of danger. With less than a minute remaining the fight, Moises and Green were just unleashing everything left in their respective arsenals as each tried to secure the win.

Ultimately it was Moises who got the nod while Green’s three-fight win streak in 2020 came to an end.

Afterwards, Moises rattled off several potential opponents including Donald “Cowboy” Cerrone or Alexander Hernandez, who picked up an impressive win of his own on the preliminary card.