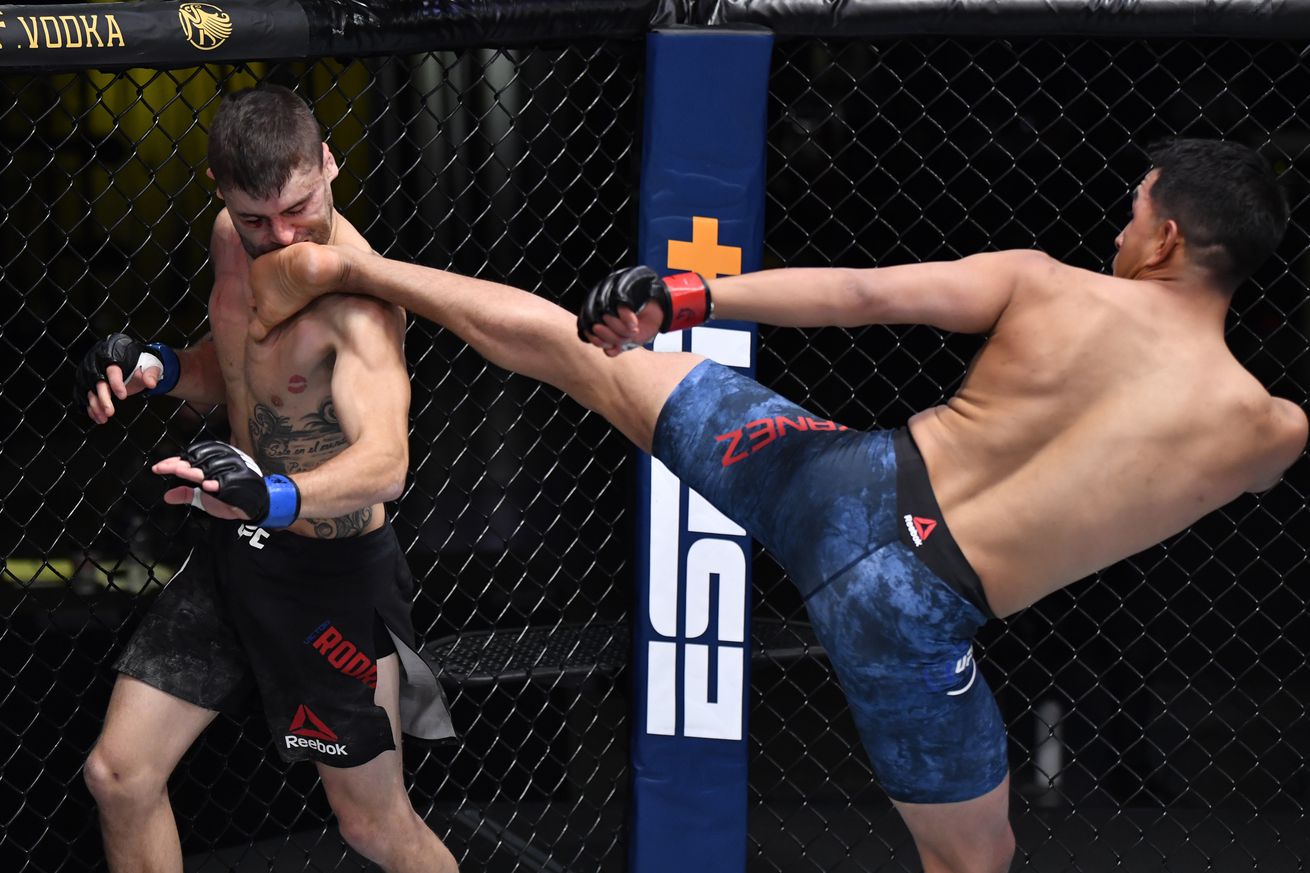 Adrian Yanez made quite the impression with his UFC debut.

Following a blistering performance to earn his contract on Dana White’s Contender Series, Yanez capped off his first appearance inside the octagon with a jaw-dropping head kick knockout to finish Victor Rodriguez at just 2:46 into the first round.

“After my Contender Series fight and I got the 39 second knockout, it lit a fire under me,” Yanez said after his win. “I want to be here for a very, very long time. I’m just fired up. This ain’t over.”

@YanezMMA lives up to the hype with a stunning head kick!

While jitters are common for debuting fighters, Yanez looked right at home as he came firing out of the gate while stalking Rodriguez across the cage.

Yanez was landing a series of devastating right hands that continuously caught Rodriguez off guard as he desperately tried to find his footing after eating several stiff punches in a row.

It turns out those right hands were the perfect set up for the finish as Rodriguez turned away from a punch and Yanez unleashed a brutal head kick with his left leg that ultimately stopped the contest. As soon as his foot connected flush, Rodriguez crashed to the ground as the referee rushed into stop the fight before further damage could be inflicted.

Yanez looks like a great addition to the UFC’s already stacked bantamweight division as he picks up his fifth win in a row overall.