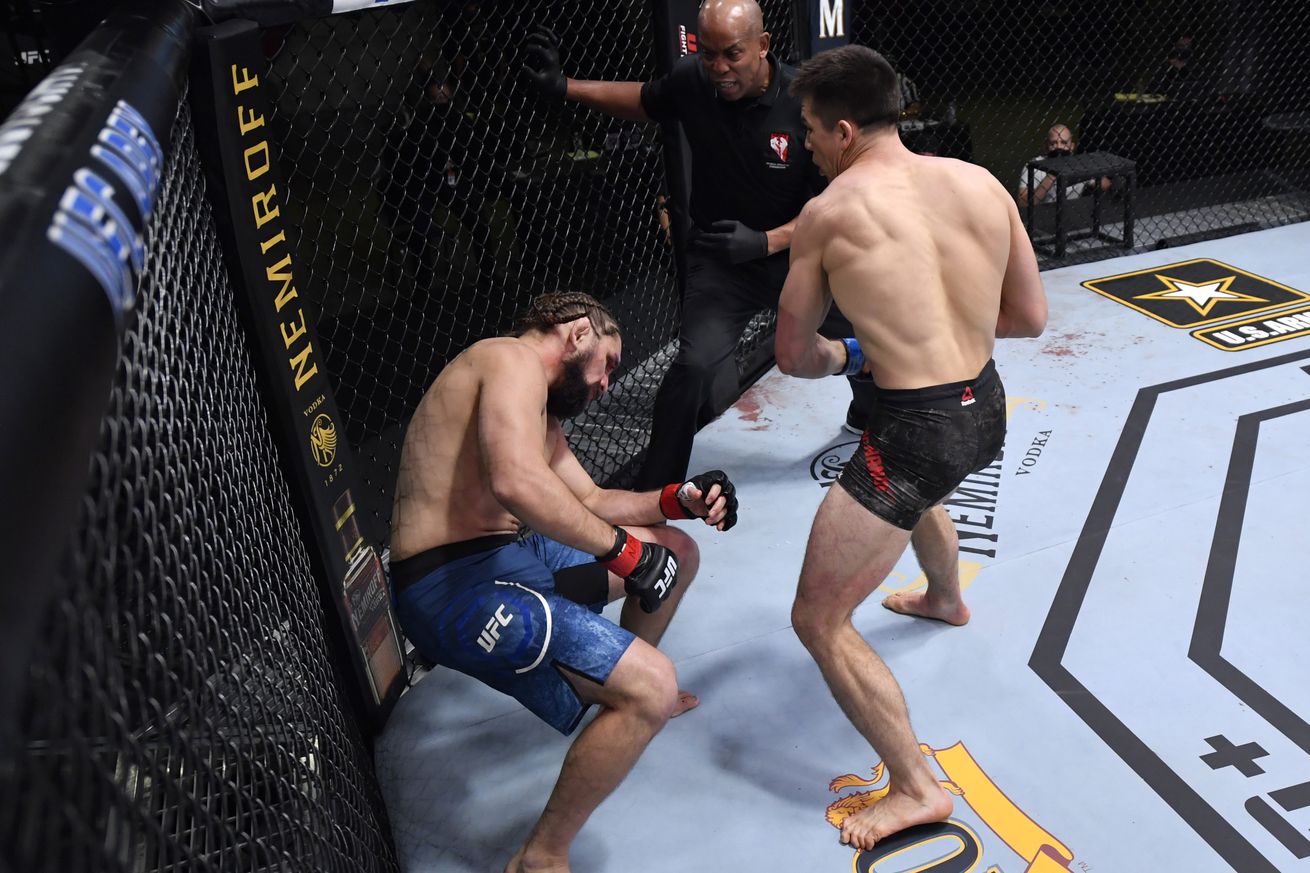 With a new camp behind him, Alexander Hernandez looked like an absolute star with a first-round destruction of Chris Gruetzemacher that was the fastest finish of UFC Vegas 12’s preliminary card.

Gruetzemacher lasted until the 1:46 mark of the opening frame, sent to the canvas by a flurry of punches that came fast and landed hard until it was too late.

“That’s how it’s done,” Hernandez declared as he paced the cage afterward.

Check out the Hernandez’s highlight-reel finish.

It was as good of a turnaround as you can get in the octagon. Hernandez went back to the drawing board after a TKO loss to Drew Dober in May, his second setback against a top-tier opponent after a second-round drubbing at the hands of Donald Cerrone.

Moving to Factory X in Colorado, Hernandez found a stable of young and hungry fighters that would push him. He credited the move for a new spark in his career.

Every bit of that renewal was seen in the octagon, where he peppered Gruetzemacher with accurate punches and kicks. After taking a head kick, Gruetzemacher stopped in his tracks, wary of walking into a wood chipper. That prompted Hernandez to advance, and he soon landed a left hook that put his opponent in survival mode. Instead, Gruetzemacher found himself trapped against the fence, and soon, flat on his back.

Gruetzemacher is now 1-3 in his past four outings, while Hernandez now moves to a winning octagon record at 3-2.