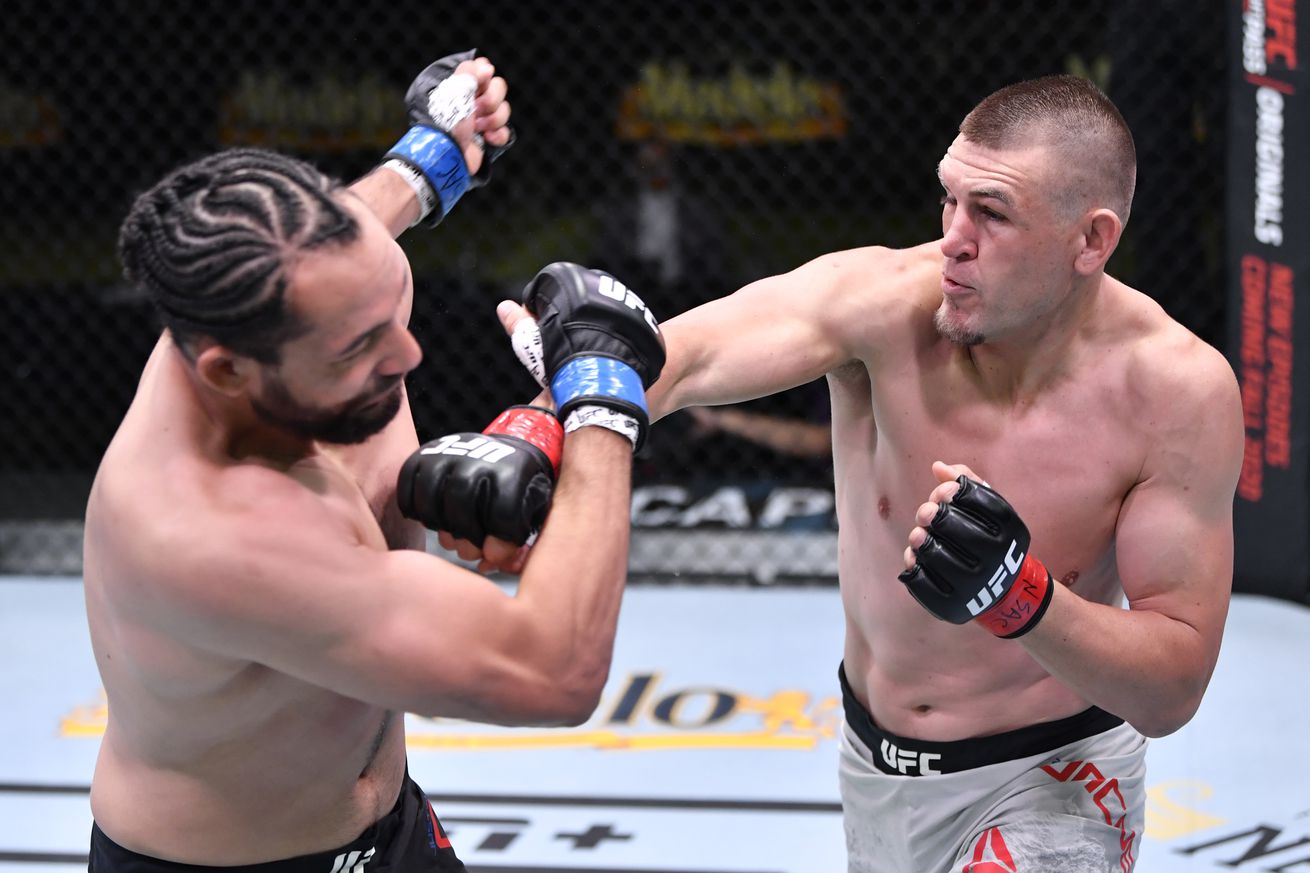 Nearly eight years after making his last appearance in the UFC, Dustin Jacoby returned in a big way on Saturday night.

The former GLORY kickboxer, who earned his way back to the octagon with a victory on Dana White’s Tuesday Night Contender Series, showcased his world class striking by chopping down Justin Ledet with leg kicks and then finishing with brutal series of punches on the feet.

“I’m so excited , you have no idea,” Jacoby said after earning his first UFC win. “I’m emotional. I love this sh*t. I’m one of the best strikers in the world.”

GUESS WHO’S BACK @TheHanyakdj sets up the TKO with BRUTAL leg kicks!

Jacoby definitely had something to prove in his first fight back in the UFC since 2012 with his previous stint ended after back-to-back losses.

Armed with a wealth of kickboxing experience in recent years, Jacoby quickly put that to work while showing fast hands coupled with a nasty lead leg kick that paid dividends right away.

Once Jacoby knew that Ledet wasn’t blocking those low kicks to the leg, he started throwing them in succession with even more force. When the last leg kick landed, Ledet fell to the ground wincing in pain as Jacoby went for the kill.

Eventually, Jacoby allowed Ledet to stand back up but only for a moment as he unleashed a barrage of shots before finishing the fight with a brutal right uppercut. Ledet crumbled to the mat and the referee quickly stopped the contest.

Jacoby’s record now reads 1-2 in the UFC but he’s a far more experienced and dangerous fighter now as he looks to make waves in the light heavyweight division.