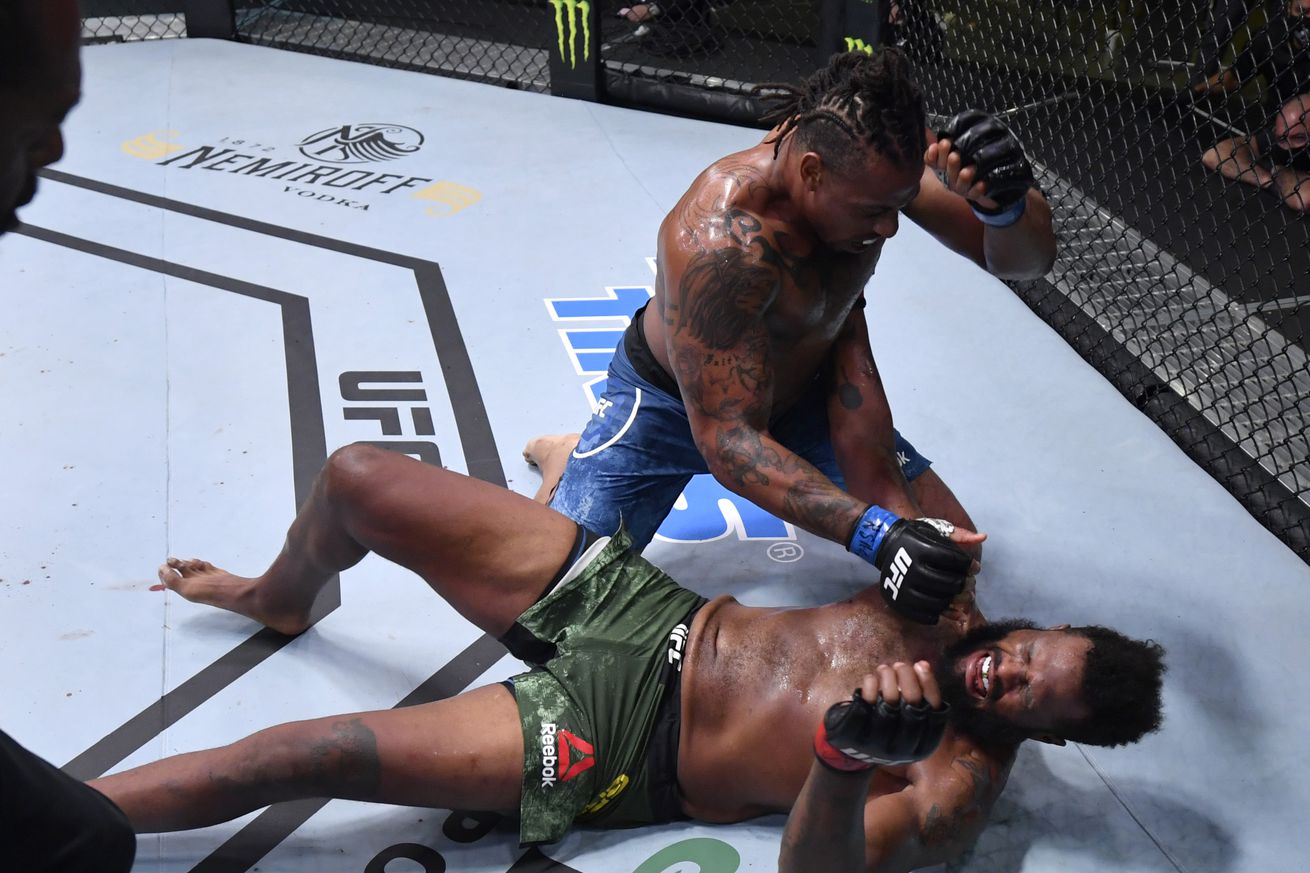 Greg Hardy is still learning on the job but he’s taking out UFC heavyweights as part of his growing education.

The former football standout picked up arguably the biggest win of his young career on Saturday at UFC Vegas 12 as he stopped Maurice Greene with a barrage of shots on the ground after initially knocking down the former Ultimate Fighter contestant with a devastating punch on the feet.

The stoppage came at 1:12 into the second round.

Unquestionable power! @GregHardyJr sits Greene down on a jab and doesn’t let up.

“Incredible,” Hardy said about his emotions following the win. “Back to O.G. Greg Hardy, get in, get it done. I finished the fight the way I know how.”

Like a bull going after a matador, Hardy rushed forward at the start of the fight as he looked to overwhelm Greene before he even had a moment to set his feet. Hardy cracked Greene with a hard shot that brought the fight down to the ground as the ex-NFL player began raining down punches from the top.

Greene did a good job surviving the early onslaught before eventually working his way back to the feet but he definitely did not enjoy tasting Hardy’s power.

As the second round got underway, Hardy was once again looking to display his striking prowess while showing little regard for Greene’s ability to hurt him on the feet.

This time, Hardy plowed forward and connected with a well-timed left hand that connected flush and sent Greene falling to the canvas again. Hardy had no intentions of letting him up as he quickly jumped on top and began throwing hammer fists in order to secure the finish.

While Greene was able to scramble out of a bad position momentarily, Hardy’s relentless attack eventually overwhelmed him as referee Herb Dean jumped into stop the fight.

It was Hardy’s first finish by knockout or TKO since he put Juan Adams away in his third UFC fight back in July 2019.

With a new team by his side including coaches Rashad Evans and Din Thomas, Hardy looked strong in his return to action as he continues to climb up the ladder in the UFC heavyweight division.