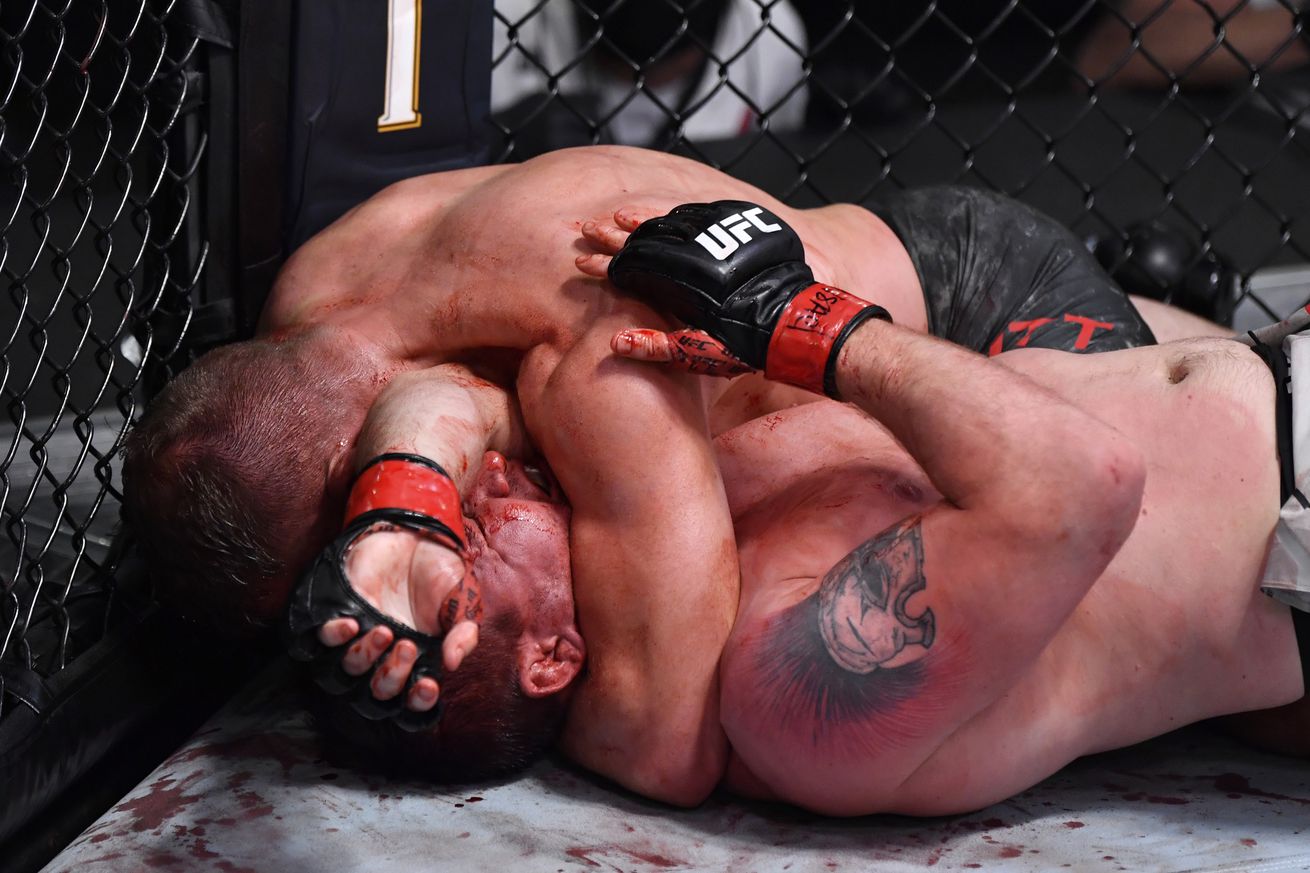 Witt opened up Williams with an elbow in the first round and advanced quickly after a huge takedown to secure an arm-triangle choke. The official time of stoppage was 2:09 of Round 2 in the preliminary-card bout.

As he did in the first, Witt started off the second round with dominant grappling, scooping up Williams and carrying him across the octagon before a high-amplitude takedown.

CARRIED HIM ACROSS THE OCTAGON @JasonWittMMA is full control in RD 2. #UFCVegas12 pic.twitter.com/9VqSeUqAgg

It was the beginning of the end for Williams, who missed weight by 4.5 pounds and was fined a portion of his purse. Witt never let him get into the fight, taking the back after a quick takedown in the first and throwing elbows on top to open up a cut that quickly decorated the canvas with plasma.

Witt, nicknamed “The Vanilla Gorilla,” picked up his first UFC win after a quick TKO loss in his debut against Takashi Sato. Williams has now dropped two straight in the octagon.