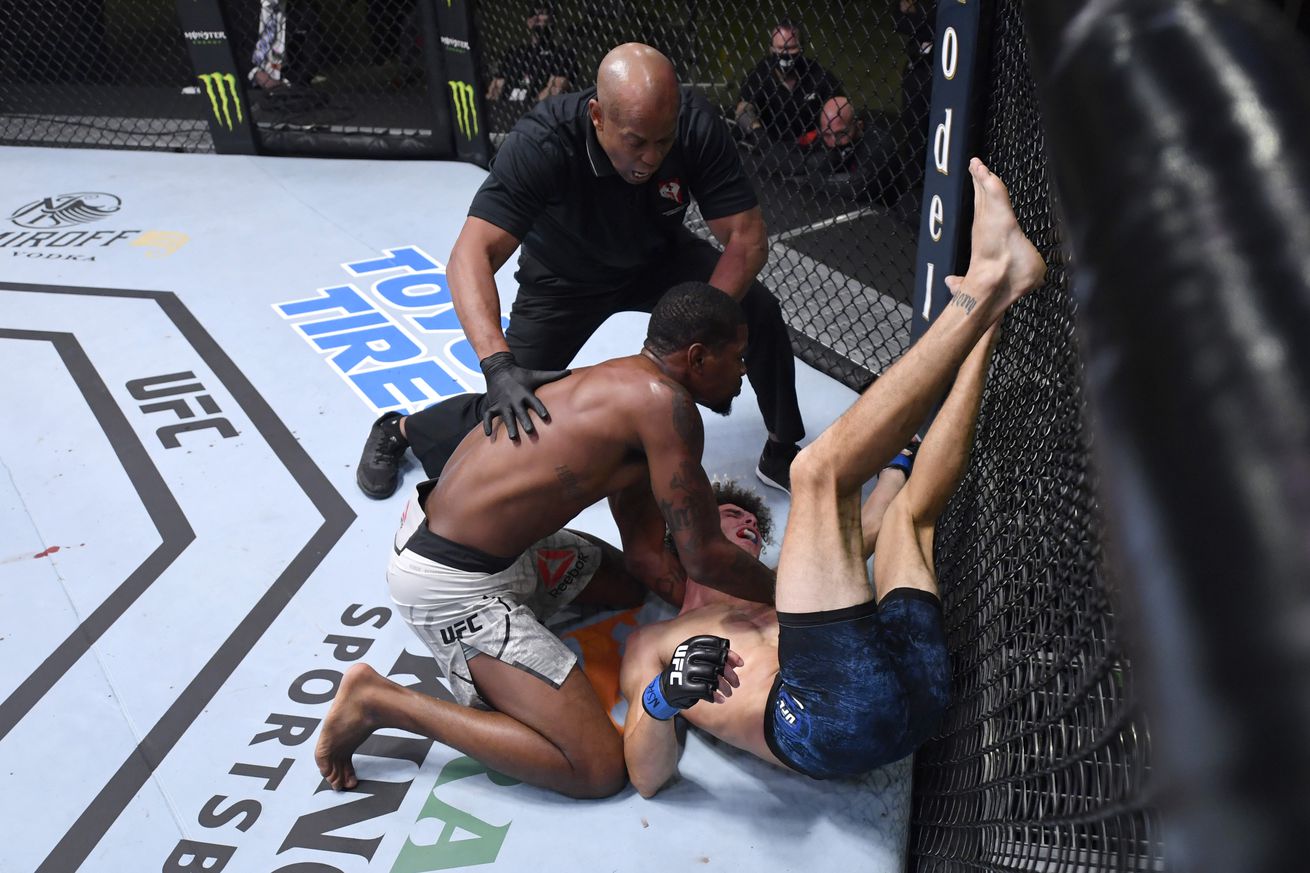 Kevin Holland loves to stay active and that anybody, anywhere, any time attitude helped him become the first fighter in the UFC to earn four wins in 2020.

Taking on late-notice replacement Charlie Ontiveros at UFC Vegas 12, Holland was in complete control on the ground but it was actually a second takedown that ultimately led to the stoppage. After Ontiveros managed to get back to his feet momentarily, Holland grabbed him and slammed him back down to the canvas.

A second later, the referee stopped the fight after Ontiveros verbally submitted with Holland later revealing that he heard his opponent say that his neck was injured from the takedown. The official end time came at 2:39 in the first round.

As soon as the action got started, Holland rushed forward and brought Ontiveros crashing to the ground as he looked to display his grappling game. Holland connected with some ground and pound while looking for submissions before Ontiveros found a way to get back to his feet for a moment.

That’s when the slam brought Ontiveros down to the canvas for final time as the fight was stopped almost immediately after the fighters fell to the ground. Ontiveros remained down for several moments afterwards as medical personnel eventually needed a stretcher to get him out of the octagon.

UFC president Dana White later updated Ontiveros’ condition by telling the broadcast team that he had feeling in all of his extremities after the fight as he continued to receive treatment backstage.

As for Holland, he wasted no time turning his attention to UFC middleweight champion Israel Adesanya, who was sitting cage side for the fights. According to Holland, he has a past altercation with Adesanya when he made his UFC debut and he would love to settle that beef one day in the future.

“I just don’t play those games,” Holland said about Adesanya. “If you really want the smoke, let’s get the smoke.”