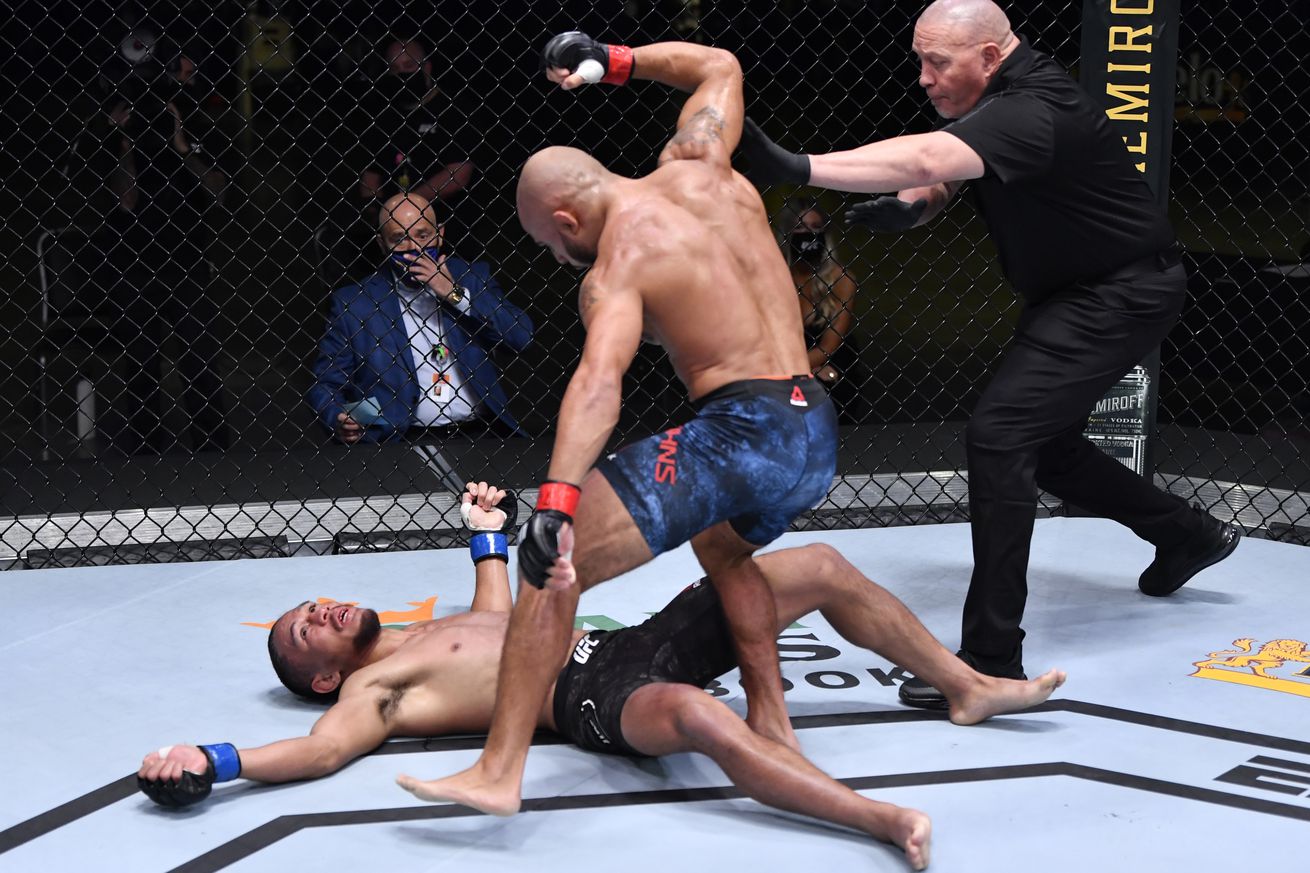 Miles Johns was on his way to a comfortable decision victory over Kevin Natividad. Then one punch changed everything in their UFC Vegas 12 opener.

An uppercut knocked Natividad to the ground in a near backflip and sent his mouthpiece flying at the 2:51 mark of the opening frame, giving Johns his second UFC win and putting him back in the win column.

SENT HIM FLYING @MilesXJohns with launching power to start the night!

Johns previous UFC appearance ended in the wrong kind of highlight-reel finish; Mario Bautista caught him with a flying knee and finished him off with ground and pound in February.

This time out, Johns kept a persistent jab against Natividad, whose octagon debut against Brian Kelleher was canceled this past month due to a positive COVID-19 test. Additionally, he used takedown attempts and fence pressure to keep Natividad from racking up too much offense.

It was a solid attack, but it was when they separated from the clinch in the third round that Johns unleashed his most devastating weapon. Johns has now won 2-3 in the octagon, while Natividad sees a five-fight streak snapped.