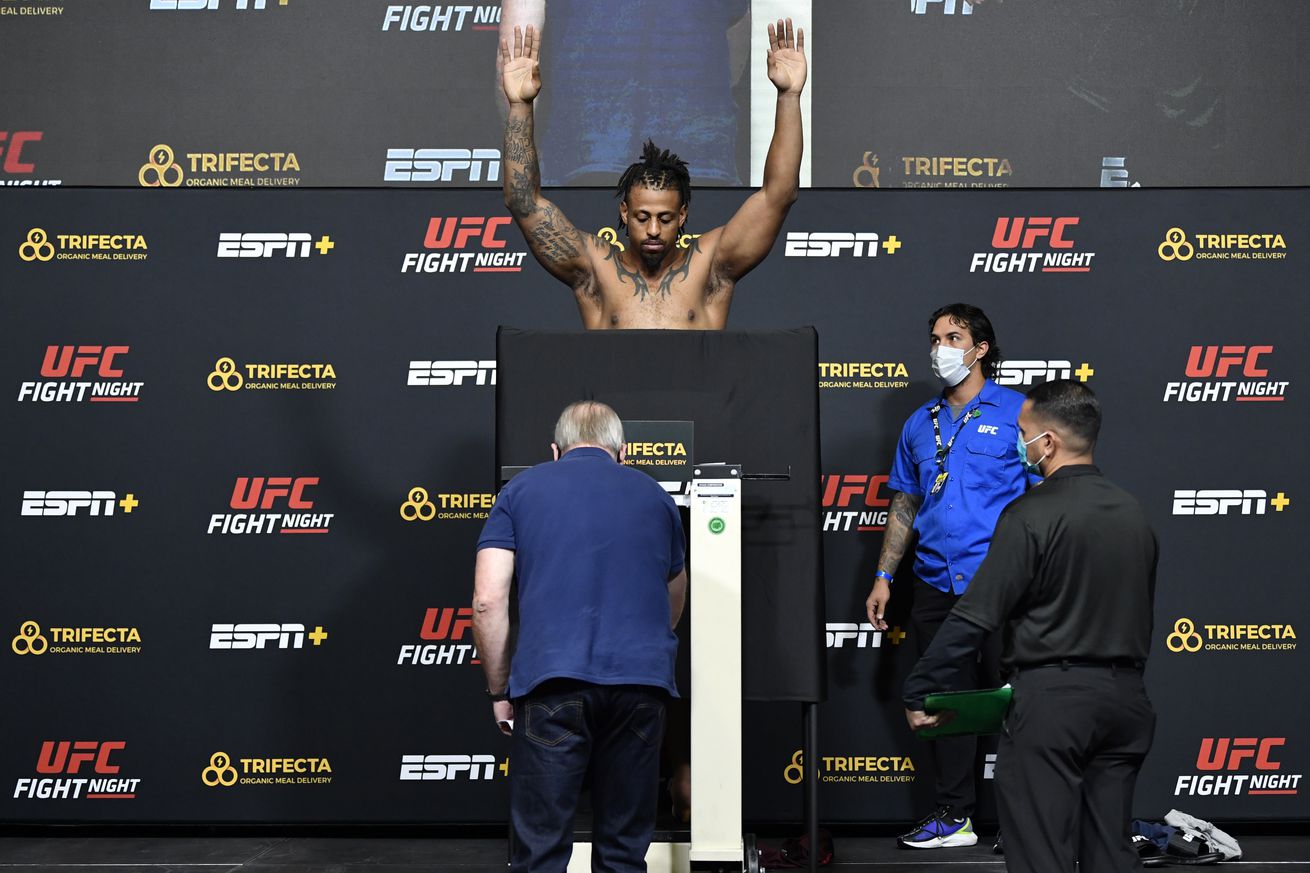 There was no drama with Saturday’s headliners as Uriah Hall (186) and Anderson Silva (184) successfully made weight for their middleweight encounter, but the card lost one preliminary fight and two (potentially three) fighters failed to beat the scale.

A flyweight bout between Cortney Casey and Priscila Cachoeira was canceled due to Cachoeira having weight management issues, according to the UFC.

Cachoeira’s manager told MMA Fighting that they had initially agreed to move the fight to 135 pounds, but Cachoeira hit the back of her head on a bathtub after slipping and falling while cutting weight. She is fine, but still under observation at a local hospital in Las Vegas.

Cole Williams was the most egregious weigh-in offender, coming in 4.5 pounds heavy for his welterweight bout with Jason Witt. He will forfeit 40 percent of his purse to Witt and the bout will proceed at a catchweight of 175.5 pounds.

This is the second straight time that Williams has missed weight by four pounds or more. In his UFC debut against Claudio Silva in August of last year, Williams was five pounds over the welterweight limit.

Jack Marshman also missed weight for a middleweight bout against Sean Strickland. He is 1.5 pounds over the limit and he will forfeit 20 percent of his purse to Strickland. The bout will proceed as a 187.5-pound catchweight affair.

Last to weigh in was heavyweight Greg Hardy, who missed the heavyweight limit by half a pound. He has been granted an extra hour to cut weight for his main card bout opposite Maurice Greene. Should he fail again, Hardy would become the first heavyweight in UFC history to miss weight.