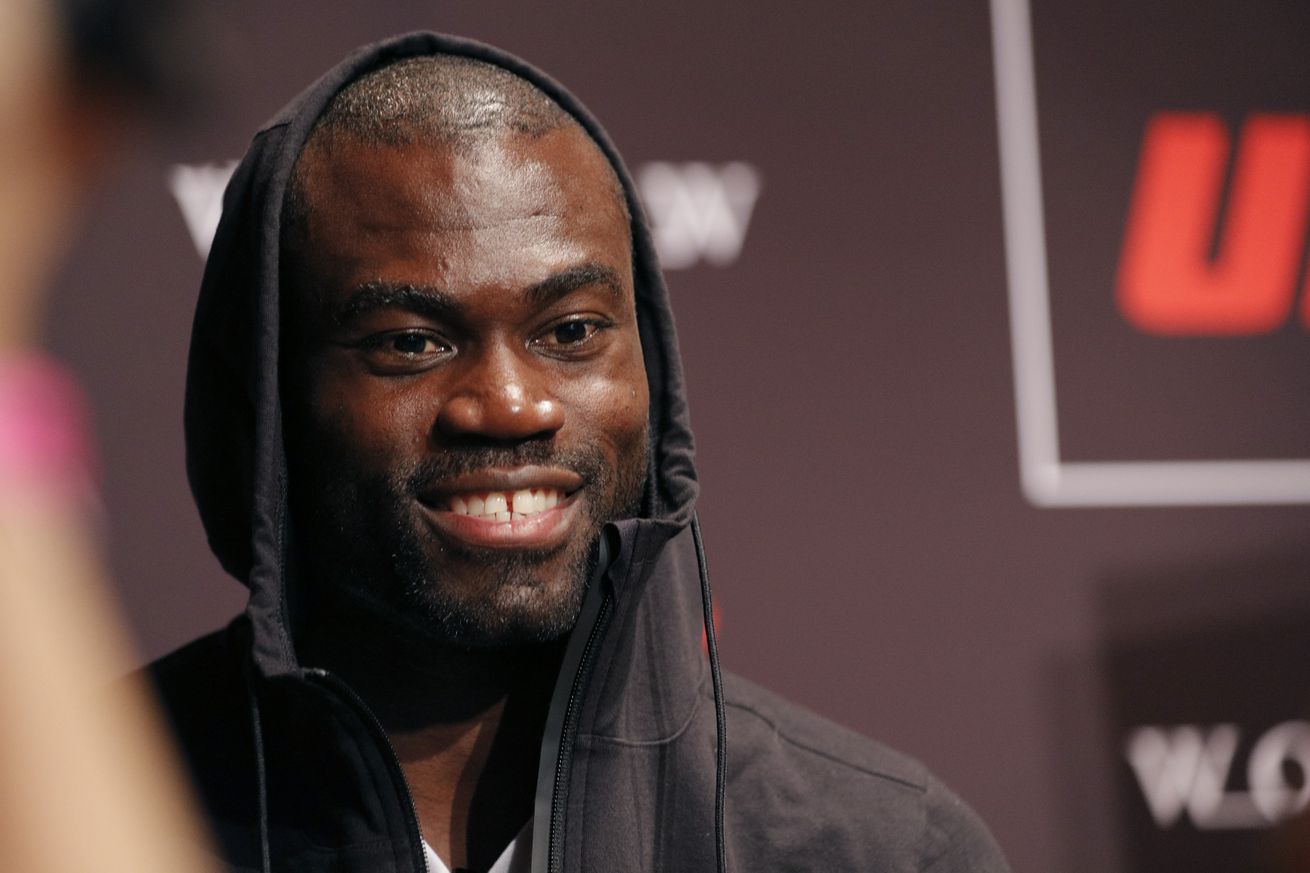 Uriah Hall has called Israel Adesanya a dream fight in the past. It doesn’t seem he’s forgotten about his desire to one day challenge “The Last Stylebender.”

While his focus right now is former middleweight king Anderson Silva, whom he faces in the main event of UFC Vegas 12, Adesanya is never far from Hall’s mind when it comes to potential opponents.

Adesanya is currently coming off a lopsided second-round TKO against Paulo Costa, which came one fight after he defeated Yoel Romero and knocked out former champion Robert Whittaker to win the title.

For all the ways Adesanya has been dominant, Hall has an issue with his choice of opponents lately.

“Adesanya’s picking his fights,” Hall said during UFC Vegas 12 media day. “He sees what I see, he sees a hole in all these guys. He’s already picking [Jared] Cannonier, he’s looking for easy fights. Yeah, I said it.

“I know why he’s picking certain fights, but I’m dynamic, especially with the gym that I’m at right now, I’m focused. Laser focused. It’s just a matter of time. I’m just going to play the politic card and just whoever the UFC needs me to beat, or whoever the UFC thinks can beat me and get to the top.”

According to Hall, his appetite for the Adesanya fight will drive him to eventually earn that matchup, and he’s willing to do anything necessary to get there. Heknows it may not be his next fight, but eventually he promises to put Adesanya in his crosshairs, even if he has to travel down an unconventional road to get there.

“The way the UFC works, if you do a good job, if you go out there and you talk some sh*t, if you beat a motherf**ker’s ass fashionably, you’re somebody,” Hall explained. “I’m not going to leave it up to the UFC to do that. I’m going to go out there and do what I’m supposed to do. Whatever happens, happens. I know my goals. I know what I’m going to do. I’m not going to wait for them to make a decision for me.

“I’m going to use the opportunity that I have, which is to go up against my opponent and my goal, is to win. After that, I’m looking to get into the top five. Whoever’s in the top five. Cause my ultimate goal right now is to fight the champ. I want the champ. That’s it.”

First things first, though. Hall has to get through Silva this weekend in what has been advertised as the final fight of the ex-champ’s record-breaking career.

“Anderson Silva’s a legend,” Hall said about his opponent. “I’m just excited to go out there and go up against a guy I watched growing up. To me I made it, that’s the way I look at it.”