Few fighters have made their way around the USA TODAY Sports/MMA Junkie rankings over the years like Jessica Andrade.

The Brazilian competitor first made her mark as a way undersized bantamweight, where she compiled a 5-3 record. Then she went down to classes to strawweight, and became champion in one of the sport’s deepest divisions, regardless of gender.

Now? Andrade (21-8 MMA, 11-6 UFC) has decided to split the different and go to flyweight. And boy, did she make an impressive debut last Saturday at UFC on ESPN+ 38 in Abu Dhabi. Andrade earned a first-round TKO victory over former title challenger Katlyn Chookagian, then hopped on the mic to call out current champion Valentina Shevchenko.

In addition to her big splash in the cage, Andrade makes equally big waves in this week’s rankings, where she debuts at No. 3 in the women’s 125-pound weight class. And given she’s the epitome of a pound-for-pound competitor, she places No. 6 in that ranking as well.

We had a busy fight slate last week between UFC on ESPN+ 28 and Bellator 249, so to find out where your favorite — or least favorite — fighters place this week, click on the drop-down menu above. 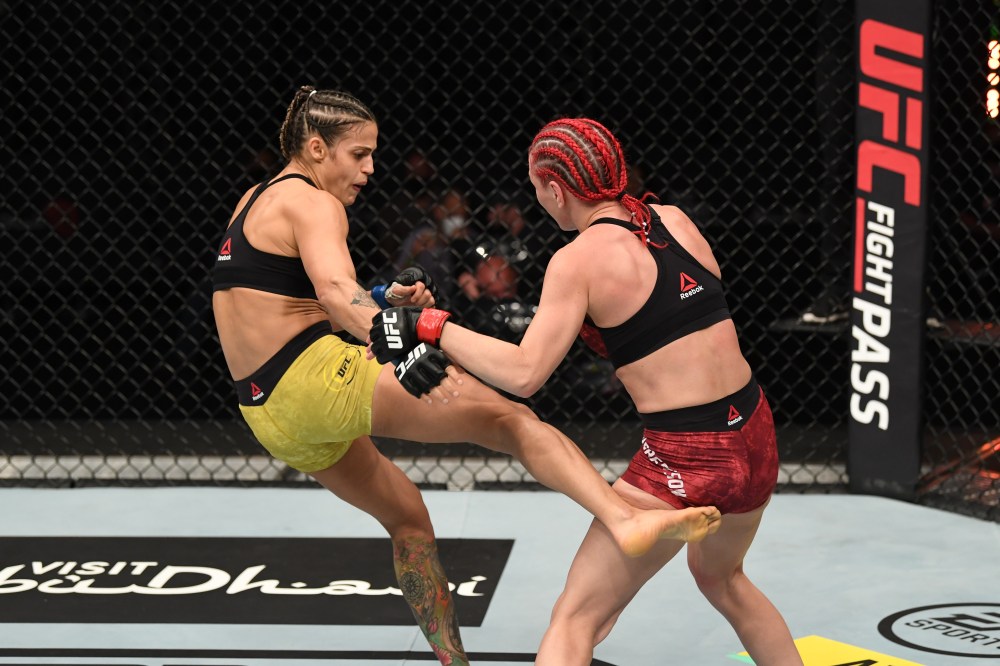