ABU DHABI – Did Israel Adesanya go too far with his UFC 253 post-fight celebration?

After finishing Paulo Costa with strikes in Round 2, Adesanya (20-0 MMA, 9-0 UFC) dry-humped his downed rival who laid face down on the canvas. Moments later, Adesanya was seen exchanging words with Costa’s coach, Eric Albarracin, before pretending to ejaculate on him.

On Tuesday, three UFC fighters-turned-commentators weighed in on the topic during a series of interviews. Paul Felder, Dan Hardy and Angela Hill each offered a unique perspective on Adesanya’s hip-thrusting on top of Costa (13-1 MMA, 5-1 UFC).

Check out their reactions to Adesanya’s post-fight theatrics in the video above.

Spinning Back Clique: On Israel Adesanya’s brilliance, Masvidal vs. Covington, Pacquiao vs. McGregor

UFC 253 took place this past Saturday at Flash Forum on Yas Island. The main card streamed live on ESPN+ pay-per-view after prelims on ESPN2 and ESPN+. The event was the first of five the promotion is holding during its second stint on “Fight Island.” 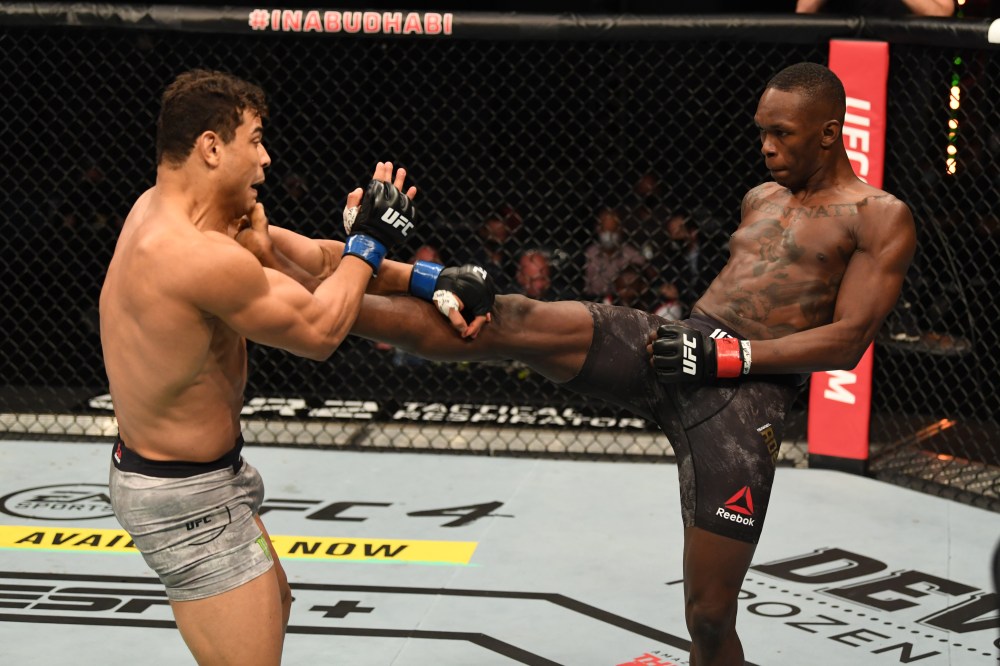