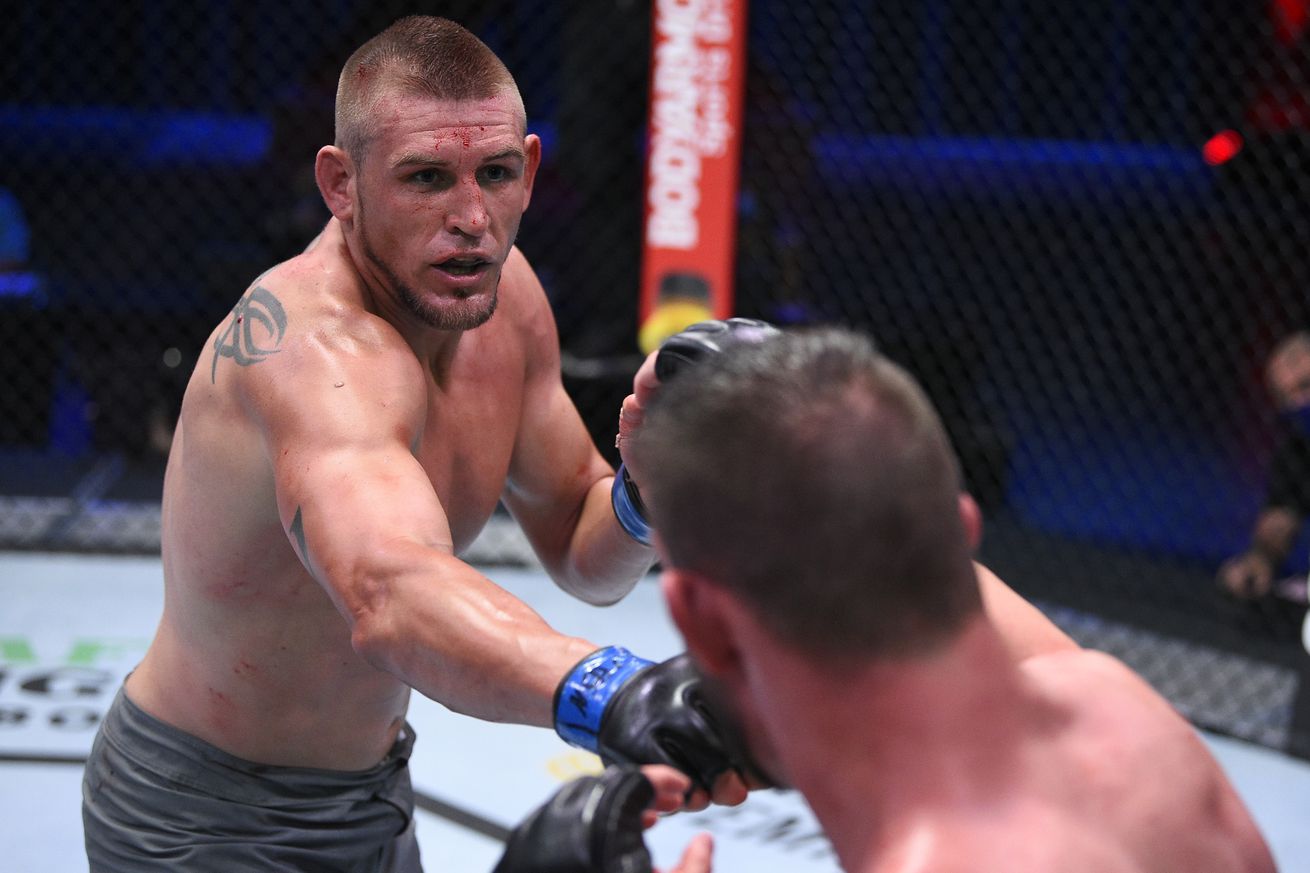 Dustin Jacoby will do something this weekend he hasn’t done in nearly nine years: walk to the hallowed UFC octagon.

Jacoby will face Justin Ledet in a light heavyweight matchup at this Saturday at UFC Vegas 12. The event takes place at the UFC APEX and will be headlined by a middlweight matchup between Uriah Hall and Anderson Silva—in what could potentially be Silva’s final fight.

The 32-year-old will be looking for his first career octagon victory after going 0-2 in his first run with the promotion. The last time Jacoby competed in the UFC was at January 2012’s UFC on FOX 2 event where he was submitted by Chris Camozzi in the third round. The Factory X fighter sprinkled in some MMA fights between 2012-2015 while transitioning to the world of Glory kickboxing where he competed until 2017.

Jacoby returned to MMA for Colorado regional promotion Sparta Combat League and competed in a boxing match, kickboxing bout, and a mixed martial arts fight in the same night and won all three—including a unanimous decision win over former UFC heavyweight Cody East. He would go on to Dana White’s Contender Series in August and would earn a UFC contract after defeating Ty Flores via unanimous decision.

Ahead of Saturday’s matchup, Jacoby joined MMA Fighting’s Mike Heck to discuss Ledet as an opponent, what he was doing when he found out about the matchup, the difference between his UFC run nearly nine years ago compared to now, sharing the card with Silva in what could be his final fight, and more.