Former UFC heavyweight champion Brock Lesnar is returning to the octagon. Kind of.

Fans will be able to see Lesnar (5-3 MMA, 4-3 UFC) fight as much as they want going forward, but it will have to be in the “EA UFC 4” video game only. Lesnar is the star in the group of three news additions to the game, which was released in August, the company announced on Thursday.

Watch the announcement trailer below:

Lesnar hasn’t seen actual UFC competition since a July 2016 fight with Mark Hunt at UFC 200. He initially won the contest by unanimous decision, but his victory would later be overturned to a no contest after he tested positive for performance-enhancing drugs.

Talk about another potential comeback surfaced this year when news became public about his contract expiring with WWE. Lesnar has never spoken publicly about his future, though, and it’s unknown if, at 43, competing is still of interest.

He can still mix it up with all the latest and greatest UFC heavyweights, though, it’ll just have to happen in “EA UFC 4.”

Photos: Brock Lesnar through the years 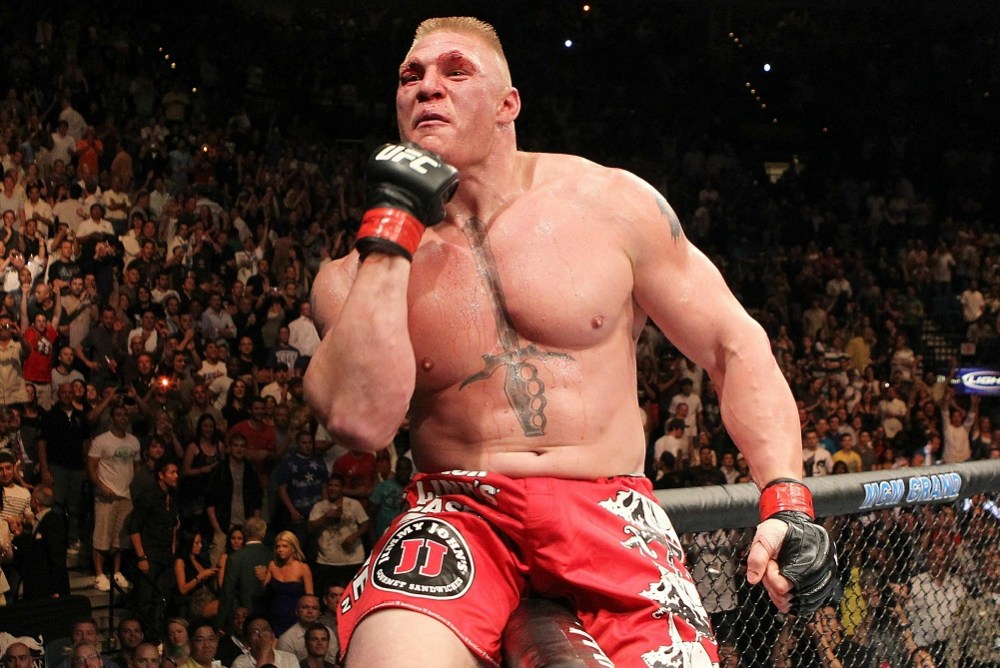