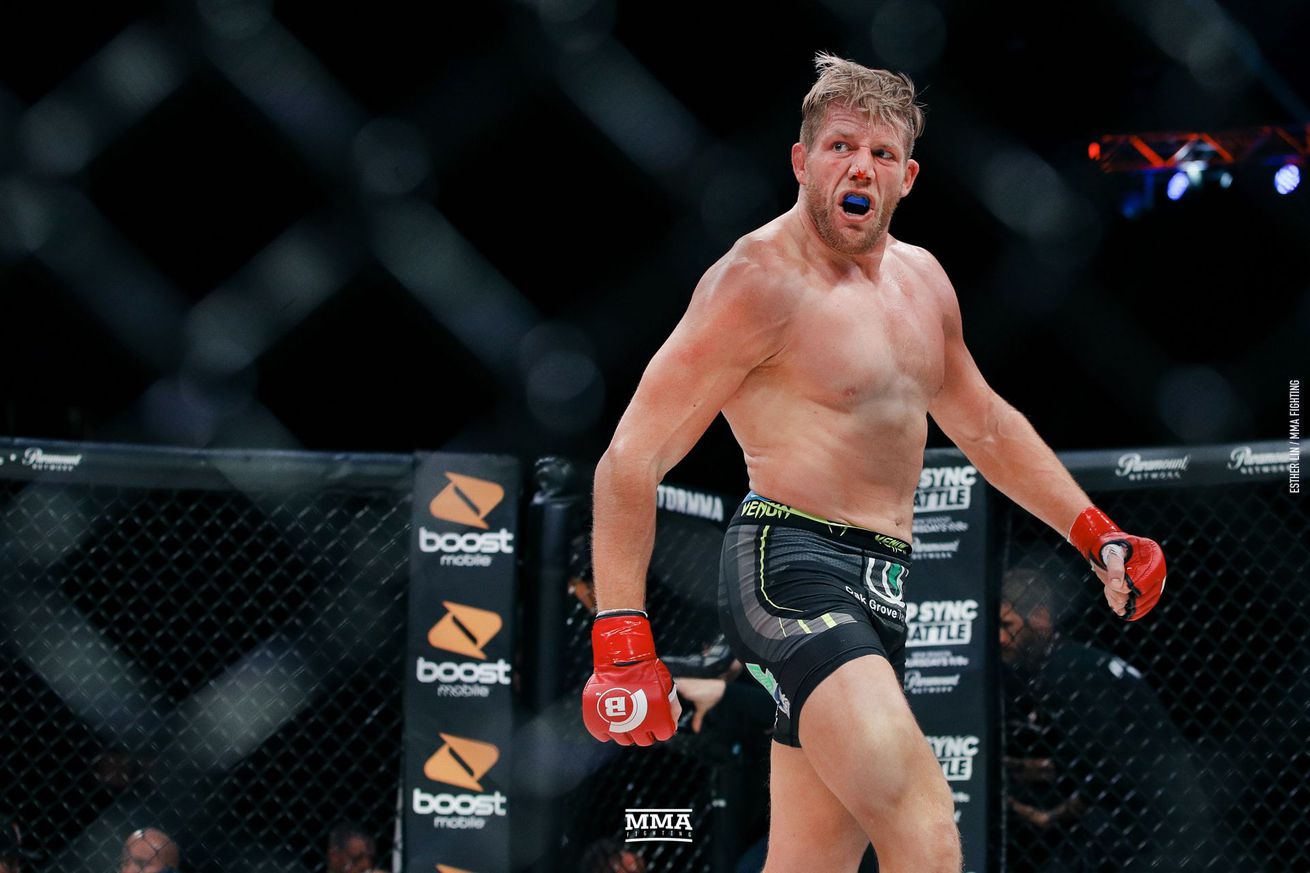 Jake Hager goes from the squared circle to the Bellator cage for the fourth time in his career on Thursday night.

The former WWE and current AEW star returns to action for the first time in over one year when he meets fellow unbeaten heavyweight Brandon Calton in the featured preliminary bout of Bellator 250. The event takes place at Mohegan Sun Arena in Uncasville, Conn., and is headlined by a matchup for the vacant middleweight title between Gegard Mousasi and current 170-pound champion Douglas Lima.

After picking up back-to-back first-round submission wins to kick off his MMA career, Hager took on Anthony Garrett at Bellator 231. The fight was stopped less than two minutes into the opening round due to Hager landing a pair of accidental knees to the groin and was deemed a no contest.

In an exclusive interview MMA Fighting’s Mike Heck following the Bellator 250 weigh-ins, Hager previewed the matchup with Calton, discussed not having any regrets with how his most recent fight played out, what the day before a fight is like for him, the words he exchanged with his opponent during their face-off, his time in AEW, Chris Jericho’s place in the pro wrestling history books, and more.