Juan Espino made his comeback in style.

The winner of season 28 of “The Ultimate Fighter” picked up a first-round submission win over Jeff Hughes during the preliminary card of Saturday’s UFC 253 in Abu Dhabi. Espino (10-1 MMA, 2-0 UFC) stopped Jeff Hughes via arm-triangle choke at the 3:48 mark of round one.

Espino pushed the action early and got a takedown after throwing several hard right hands. From there, the Spaniard kept the pressure on Hughes until he was able to get mount, lock up the submission, and transition to side control.

The victory was Espino’s first fight since winning TUF 28 back in November 2018. A series of unsuccessful surgeries on a broken hand and the ongoing global coronavirus pandemic kept “El Guapo” out of competition for 22 months.

Espino had told MMA Junkie’s Hablemos MMA podcast earlier this week that he hopes to get a quick turnaround if healthy and victorious following UFC 253.

Below is Espino’s quick submission win:

JUAN ESPINO IN LESS THAN A ROUND!! 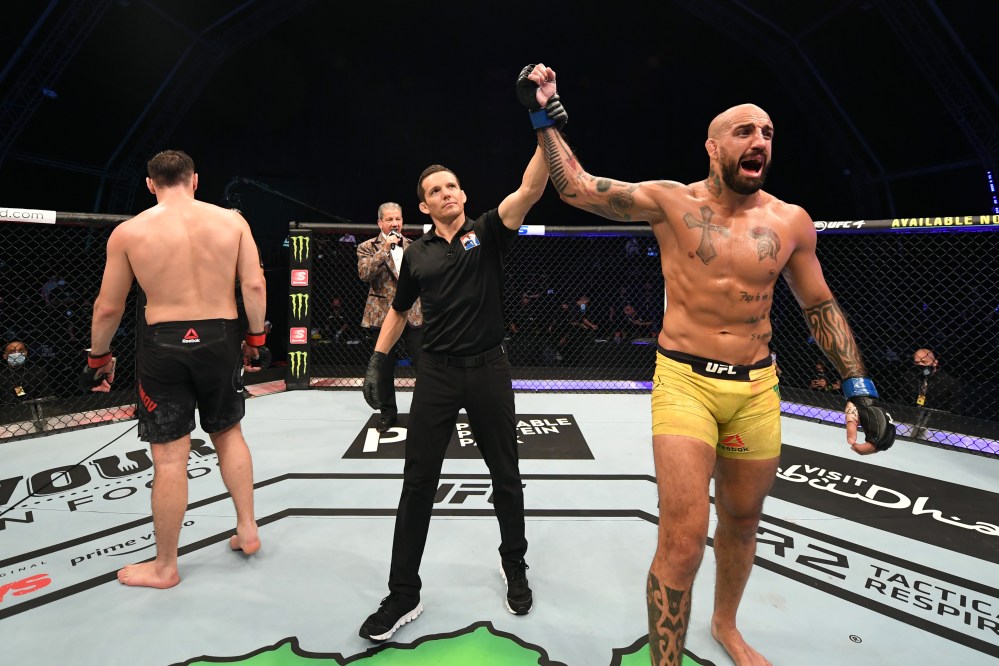