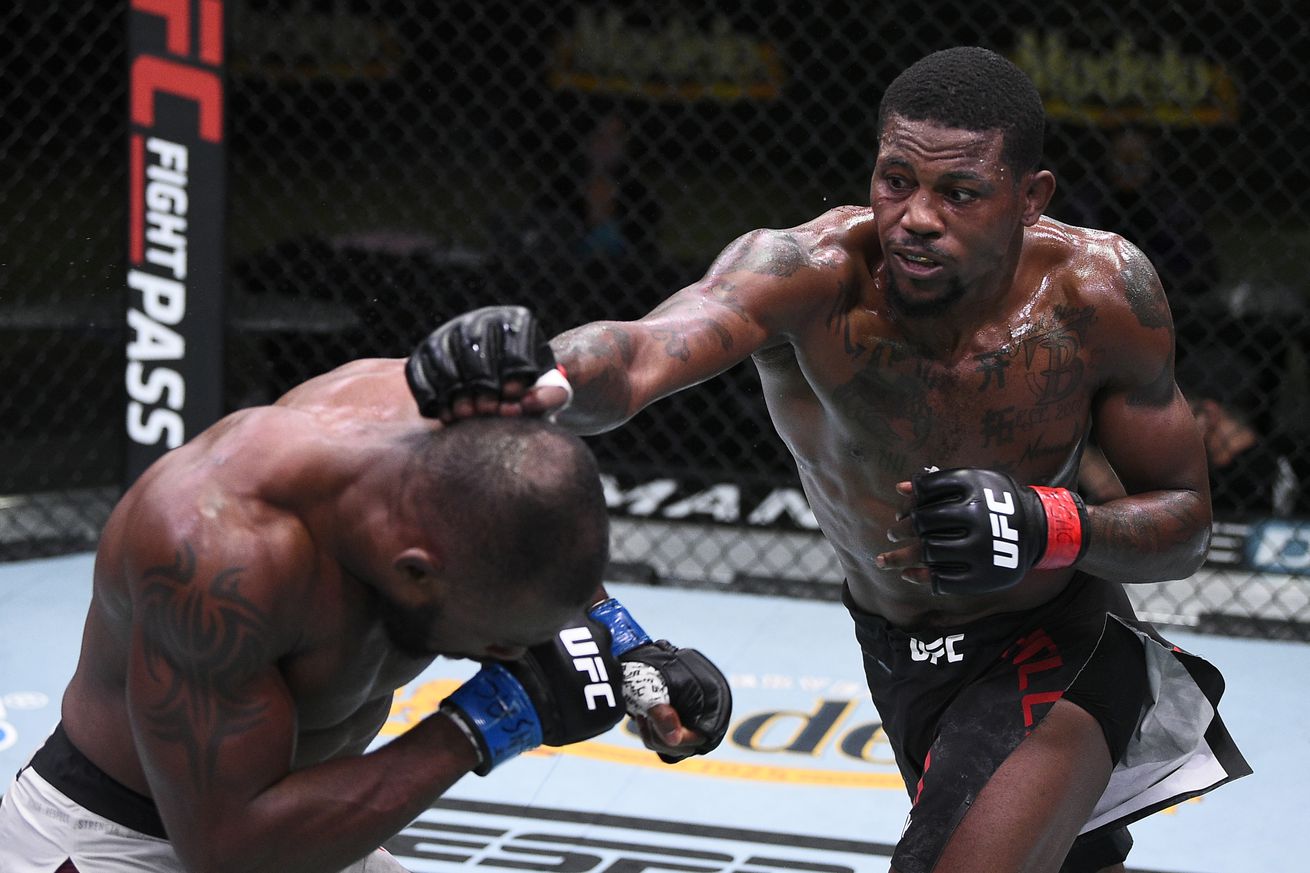 Kevin Holland and Khamzat Chimaev had an interesting moment ahead of Saturday night’s UFC Vegas 11 event.

Holland, 27, won a hard-fought split decision over octagon veteran Darren Stewart to kick off the main card at the UFC APEX. The “Trail Blazer” improved his 2020 record to 3-0.

In his post-fight interview with Jon Anik, Holland said he was willing to run it back with Stewart because the bout was so close. The other option he had in mind was Chimaev, who put away Gerald Meerschaert just 17-seconds into their featured bout. He said if anything happens to Chimaev’s next opponent, he’s willing to step in there with “the rat.”

Asked about those comments at the post-fight press conference, Holland described a run-in with the unbeaten prospect in the hotel.

“He pushed me,” Holland told members of the media backstage at the UFC APEX. “He pushed me and said I was the help. We did start a COVID cleaning business but, goddamn, I don’t work at the hotel. And don’t tell the people you don’t know who I am.

“If you put your hands on me, you’re eventually going to have to catch it. I’m a professional, so I’ll be professional as much as I can. I don’t want to get kicked out and miss my big payday. You’ve seen Harlem Nights, right? When Eddie Murphy was getting into it with the [woman] and he blew her big toe off? Don’t f*ck with me.”

Holland also addressed why he was unhappy with his performance, why he’s willing to “run it back” with Stewart, when he’d like to return, and more. Check out the full video above.