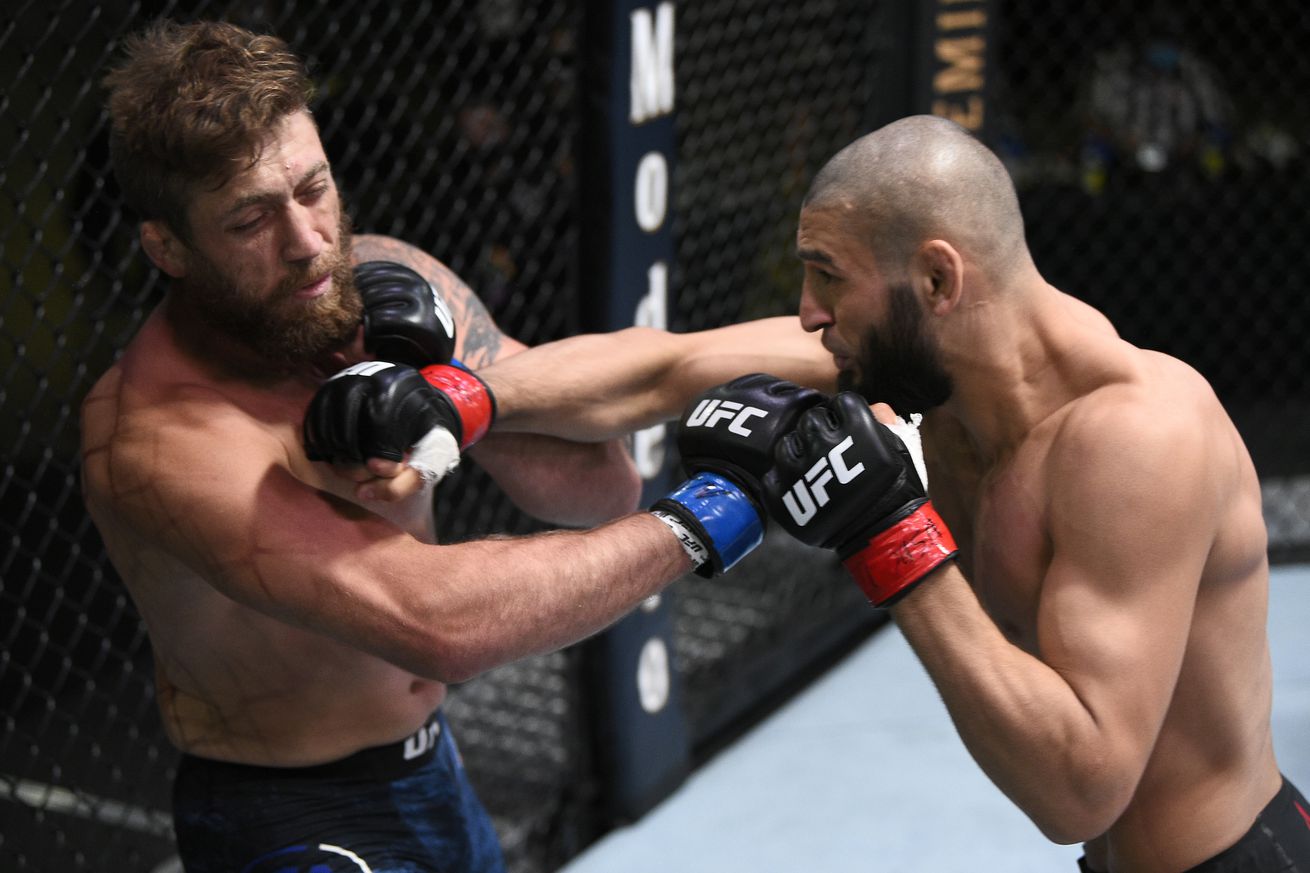 Being compared to arguably the most dominant lightweight in the history of the sport isn’t a bad thing. But Khamzat Chimaev is trying to forge his own legacy rather than following in the footsteps of Khabib Nurmagomedov.

On Saturday night, Chimaev notched his third UFC win inside two months as he demolished Gerald Meerschaert with a devastating one-punch knockout just 17 seconds into the opening round.

After earning his first two wins while showcasing a ferocious ground game, Chimaev said he had something to prove at UFC Vegas 11 while distancing himself from the constant comparisons with Nurmagomedov.

“Yeah because everybody say, ‘You are Khabib, Khabib No. 2,’ something like that – but I am Khamzat,” Chimaev said after his win at the UFC Vegas 11 post-fight press conference. “I can knock out people. Smash the people. Everything. I have everything.”

Considering how he’s already torn through three opponents with plans to fight again sooner rather than later, Chimaev is ready to test himself against the best opponents the UFC can throw at him regardless of weight class.