It had been more than two years since Luigi Vendramini last fought, but he sure seemed like he was in a rush to get in and out of the octagon Saturday night.

The Factory X fighter got UFC on ESPN 16 off to a sensational start when he needed just 72 seconds to finish Jessin Ayari in their lightweight bout.

The end came fast when Vendramini (9-1 MMA, 1-1 UFC) clobbered Ayari (16-6 MMA, 1-3 UFC) with a perfect counter right, then pushed forward and landed left and right hands. A beautiful head kick in close landed shin clean on chin, and that was all she wrote.

After the win, Vendramini, whose last fight was in September 2018, leaped into the arms of his father and cornerman, Augusto, and burst into tears. He then explained the basis for his emotions in his post-fight interview.

“I waited for two years, two surgeries. I hurt my shoulder – terrible,” said Vendramini, who has all nine of his career wins by finish. “Everything that happens here is for a reason. It’s amazing now.”

UFC on ESPN 16 took place Saturday at Flash Forum at Yas Island in Abu Dhabi. The main card aired on ESPN and streams on ESPN+ following prelims on ESPN+.

Check out Vendramini’s fine work below:

RELENTLESS! What a start to #UFCFightIsland4 as @VendraminiLuigi gets the quick finish!! 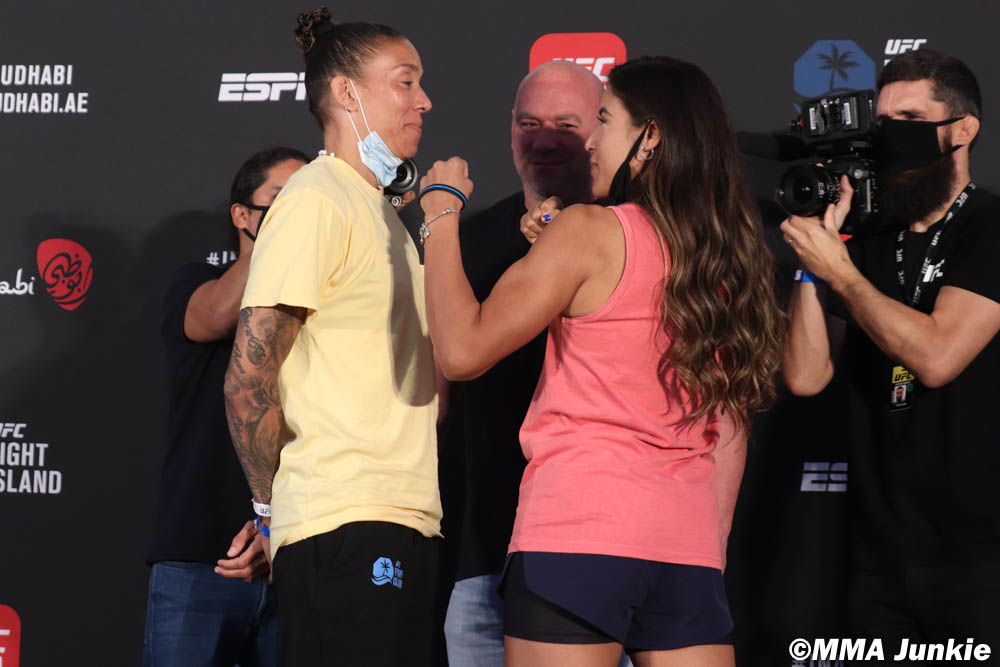