Said Nurmagomedov got Saturday’s UFC on ESPN+ 38 event off to a hot start with a vicious knockout of Mark Striegl.

Striegl made the mistake of getting overly aggressive early, and Nurmagomedov responded with a left hook that led to the fight hitting the mat, where he landed vicious ground-and-pound to shut the lights off.

Watch the replay of the finish below (via Twitter):

CLOCKED IN. CLOCKED OUT.

[ Tune in on #ESPNPlus pic.twitter.com/1GqPj6IAo9

With the win, Nurmagomedov rebounded from a loss to Raoni Barcelos at UFC on ESPN+ 23 in December 2019. Striegl had a five-fight unbeaten streak snapped in his octagon debut. 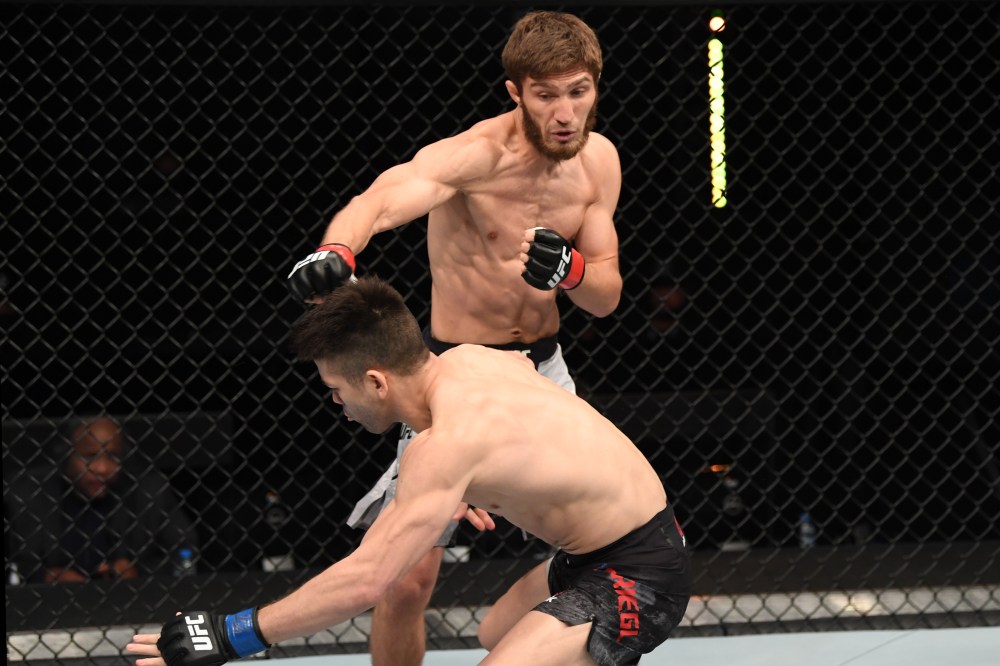 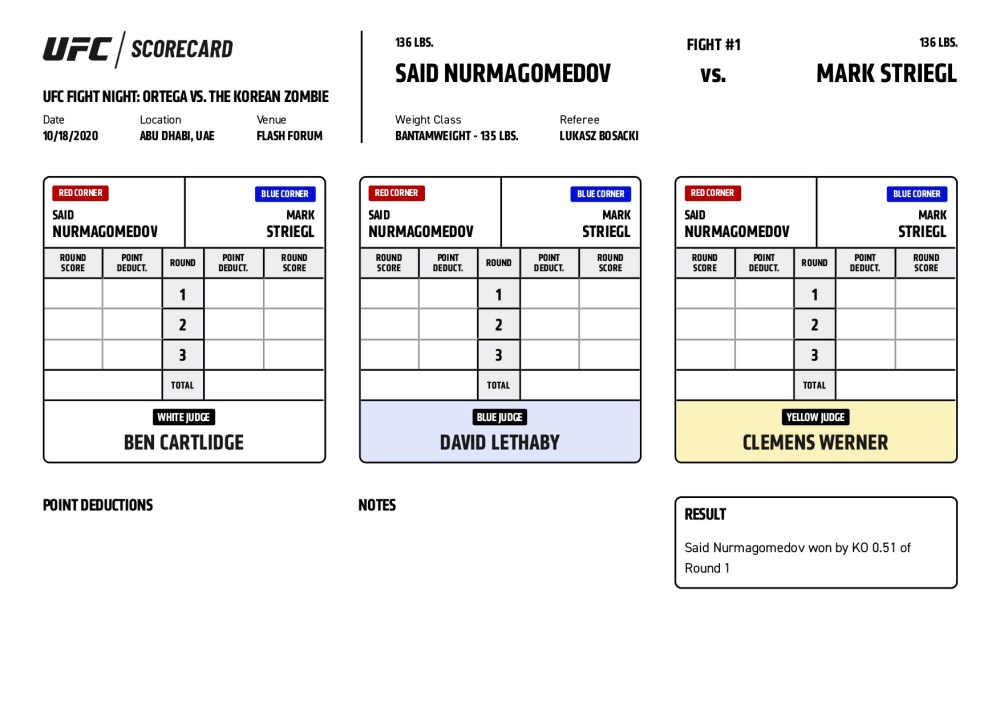