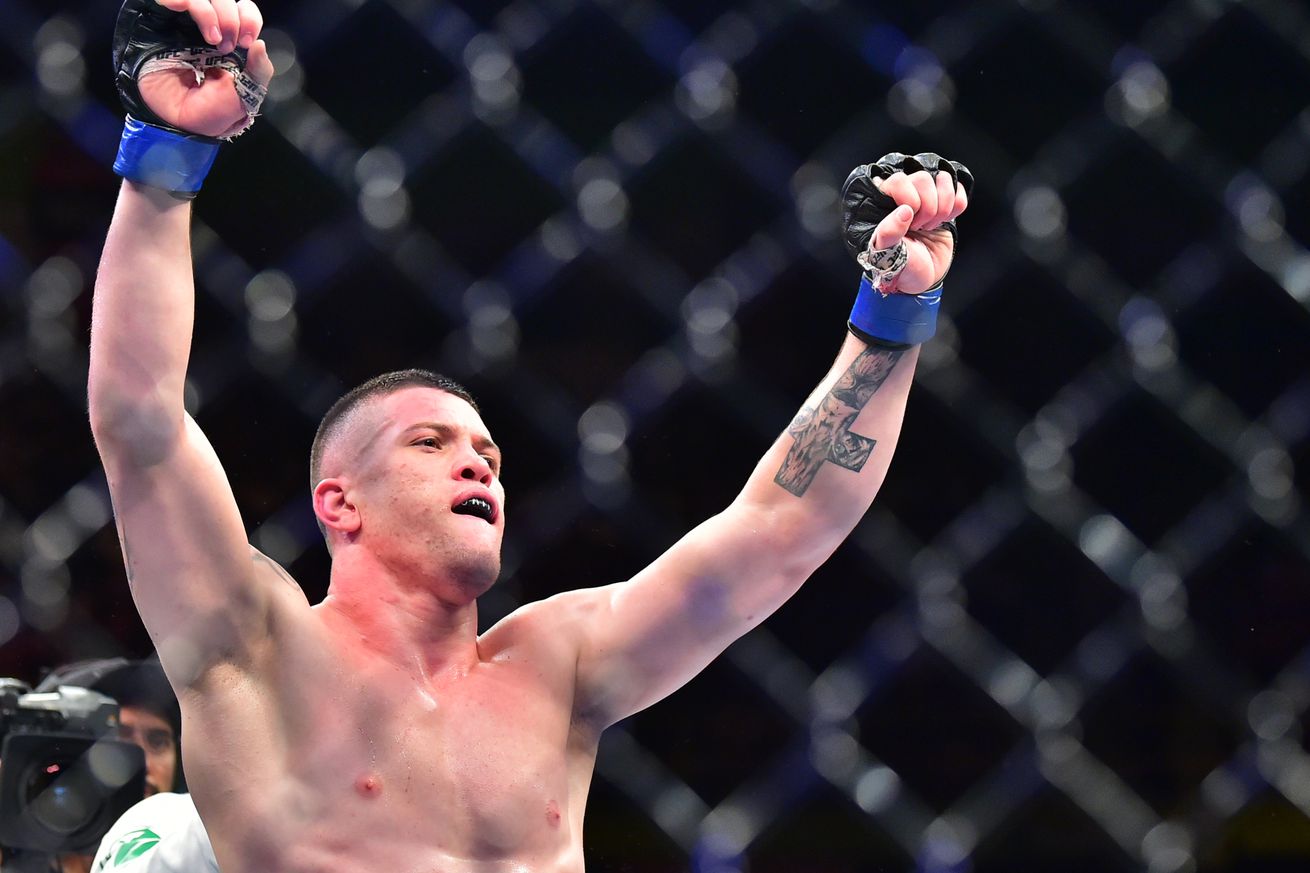 Wellington Turman followed a two-week quarantine after testing positive for COVID-19 earlier this month, but he won’t be able to make it to his UFC Vegas fight with Sean Strickland on Oct. 31, MMA Fighting has confirmed following a report from Combate.

Turman told MMA Fighting he started experiencing the symptoms on Sept. 4 and got tested for the virus five days later. He stayed in quarantine until Sept. 24 after the result came back positive, but couldn’t resume training right away.

“I was in bad shape for two weeks, in really bad shape, with fever and pain to the body and chest, a bit of shortness of breath,” Turman said. “I missed two weeks of camp — I mean, I can say I missed the entire camp if I stayed in bed for two weeks, right? I’m doing light training now, nothing heavy, and thank God I’m getting better. But it was rough.”

“It caught us by surprise because we were being careful for this fight,” Ribeiro said, “But we had an outbreak the last few days in Curitiba because of the cold weather and ended up contaminated even though we were taking all the precautions.”

The middleweight wasn’t the only positive case out of Gile Ribeiro Team, MMA Fighting has learned.

UFC flyweight Rogerio Bontorin, who withdrew from an August fight with Manel Kape due to an ankle injury that required surgery, also had COVID-19. Bontorin lived with his grandparents in Curitiba, and both passed away after contacting the virus in August. His teammate Thiago Frasson also tested positive for the novel coronavirus.

Augusto Sakai, who headlined a UFC card in Las Vegas against Alistair Overeem on Sept. 5, also came back positive for COVID-19 after returning to Brazil, the heavyweight told MMA Fighting. One of Sakai’s two cornermen also tested positive following the trip. Ribeiro did not fly to Las Vegas to corner Sakai because he suspected he had COVID-19 at the time, but a test came back negative.