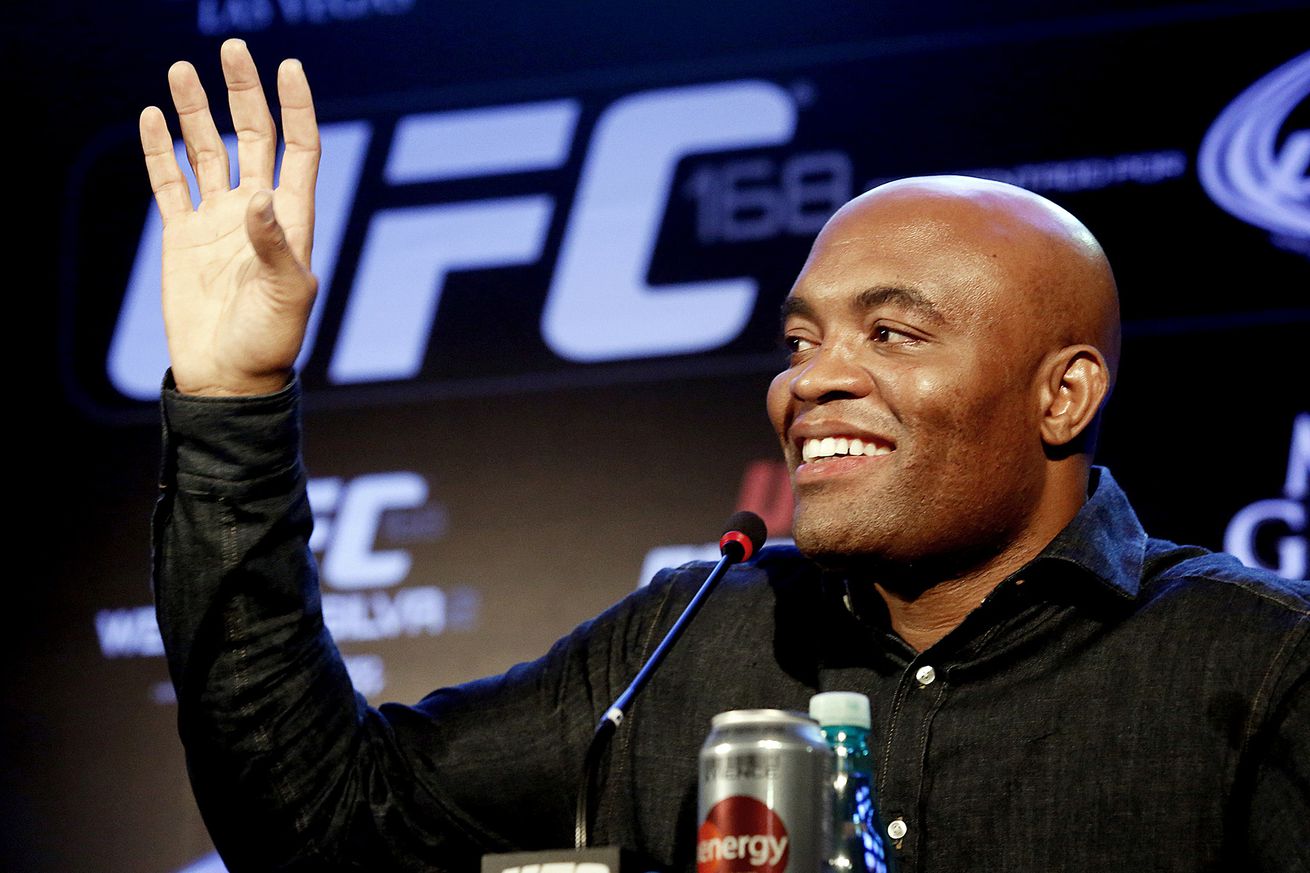 UFC President Dana White recently said former middleweight king Anderson Silva is fighting “his last fight” when he takes on Uriah Hall in the main event of UFC Vegas 12 on Oct. 31. But “The Spider” has yet to confirm he’ll hang up his gloves later this month.

Silva previously has said he plans to complete his current contract with the UFC, which means one more bout after facing Hall. And according to Silva’s longtime strength and conditioning trainer Rogerio Camoes, the 45-year-old legend has enough fuel in his gas tank to do that – and more.

“I’m not aware of the negotiations,” Camoes said in an interview with MMA Fighting. “But, to me, speaking as Anderson’s coach, Anderson still has plenty of wood to burn, brother. Believe it. From what he’s doing in terms of performance in training, he still has wood to burn.”

Camoes believes “all MMA fans, regardless of being Anderson fans or not, would love to watch a superfight with Anderson.” And ending a career without one final superfight would feel incomplete.

“At least one more – do this one and one more superfight,” Camoes said. “Imagine that, man? Imagine an Anderson superfight in Rio de Janeiro when everything is back to normal, no pandemic, and him fighting someone with a big name or a legend from the past.

“I don’t know about his contract situation. But when we talk, he always says, ‘Master, I still have wood to burn, I still want to fight. I still have the desire to fight, I still feel well.’ I think what matters the most is what the guy feels rather than someone else determining if he will stop or not, you know? I think he can fight anywhere in the world, including a boxing fight, if he wants to.”

Camoes has assisted “The Spider” in countless weight cuts to 185 pounds over the past decade and so, and he guarantees that for the right superfight, Silva could fight as low as 176 pounds “without suffering.”

Camoes’ dream scenario, however, is at middleweight.

“I think I’ve seen Anderson fight everybody,” he said. “I think that, in his division, the only fight that I personally would love to see again is him and Israel Adesanya. That fight was fabulous. Three spectacular rounds. Israel had to fight hard. It was one of the most technical fights I’ve ever seen in MMA history. Two talents, they put on a show of martial arts and respect. A second fight would be something spectacular.”

Of course, with Adesanya currently holding the UFC middleweight champion, it’s unrealistic to have Silva face him next, especially considering “The Spider” hasn’t won a bout in two and a half years.

In fact, the Brazilian legend’s most recent appearance came in May 2019, suffering a knee injury against top-ranked Jared Cannonier in Rio de Janeiro, and is the oldest fighter in the UFC roster today. Camoes, however, says his recovery went great and he’s ready to go five rounds with Hall in Las Vegas.

Hall is coming off back-to-back wins over Bevon Lewis and Antonio Carlos Junior, but Camoes sees Silva “in advantage” since Hall has never been in a five-round UFC main event before.

“How many title defenses he’s had, how many five-round fights? Eight years, man,” Camoes said of Silva. “This guy fought five rounds for eight years and he has that in his memory, it doesn’t change. You don’t lose that overnight. And (Hall) never fought five rounds, he will experience that now.”

“He can do five rounds (in training), but he doesn’t know if he can fight five rounds. Anderson has tested himself for years and never gassed. His fight with Chael Sonnen was dramatic, and he won in the last minute of the last round. A guy like this, five rounds don’t affect him. Might be even better because it may not be that comfortable for his opponent to test himself for the first time against someone like Anderson Silva.”