Santiago Ponzinibbio has a new opponent for his return fight.

Two people with knowledge of the matchup confirmed the booking to MMA Junkie, but asked to remain anonymous since the promotion has yet to make an official announcement. MMA Fighting was first to report the news.

Winner of seven straight, Ponzinibbio hasn’t competed since a fourth-round knockout of Neil Magny in November 2018. The Argentine has been dealing with an array of health issues that have kept him sidelined and will finally make his long-awaited return in the UFC’s first event of the year.

In his most recent outing this past March, Jingliang saw his three-fight winning streak snapped at the hands of Neil Magny at UFC 248. Prior to that, Jingliang picked up a decision over Daichi Abe and stoppages over David Zawada and Elizeu Zaleski dos Santos. Jingliang was scheduled to face Dwight Grant at UFC 256, but the fight was scrapped after Grant tested positive for COVID-19 during fight week.

With the addition, the latest lineup for UFC Fight Night on Jan. 16 includes: 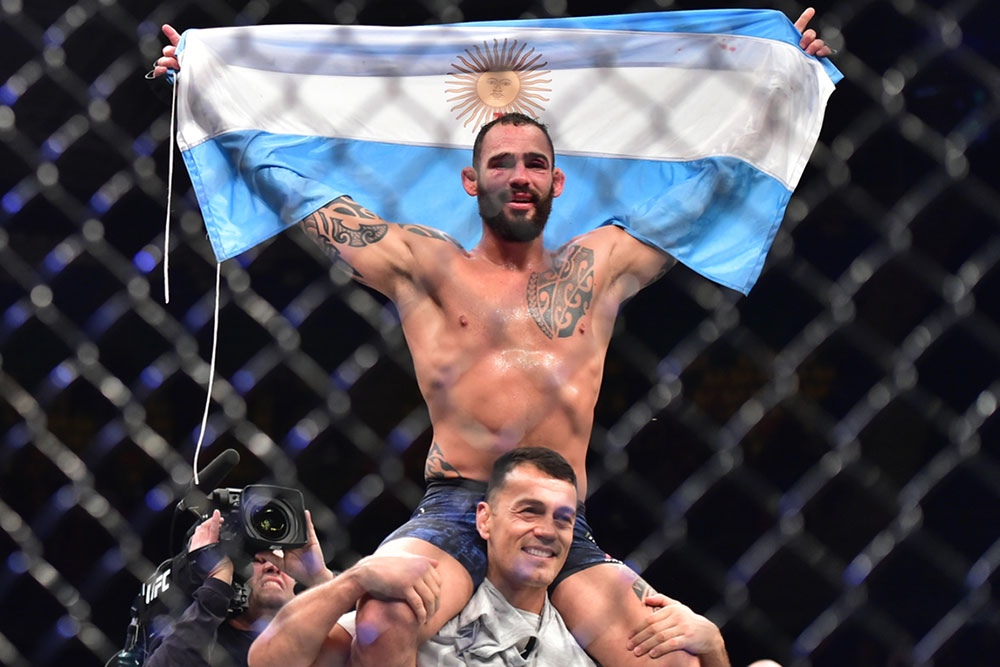