Yoel Romero’s release from the UFC surprised everyone – including himself.

Romero (13-5), who parted ways with the UFC earlier this month, signed a multifight deal with Bellator earlier this week and will debut in the light heavyweight division in 2021. Although the multitime UFC middleweight title challenger has lost four of his past five fights, the losses have come in tightly contested matchups with the division’s elite.

According to Romero, 43, his release wasn’t the result of his recent losing skid. Instead, it was due to a disagreement with UFC matchmakers, whom offered Romero numerous fights that didn’t interest him.

With Romero targeting the top-tier fighters at both middleweight and light heavyweight, the matchmakers had different ideas.

“First and foremost, it was something that was completely unexpected,” Romero told ESPN in Spanish through an interpreter on Wednesday. “I was already training very hard, getting ready. We were already thinking of fighting in January or February at 185 or 205. We were looking to fight with the top three in either division. My managers explained this to the presidency, the top of the UFC.

“They wanted (me) to fight with Uriah Hall, Derek Brunson, and we explained to them that it didn’t make sense for (me) to fight with these young men. We had an idea we were chasing, the world title. The way we were training, making it happen, we knew that we had one or two fights and then we would go for the belt. Our thought was that fighting any of these guys that are in the back of the roster, that it was taking steps backward, not forward.”

After Romero declined the fight offers at 185 pounds, the discussion between his team and the UFC continued, this time, with offers at 205 pounds. But once again, Romero did not like the matchups. That’s when the UFC decided to let him go.

“My managers were back and forth non-stop with the matchmakers and with (UFC president Dana White), and there was no accordance,” Romero said. “They came back to us with an offer to fight Johnny Walker at 205. At 205, we wanted whomever triumphed between ‘Marreta’ (Santos) or Glover (Teixeira).

“The managers were initially saying we wanted to fight with Dominick Reyes, Glover Teixeira, ‘Marreta,’ or Anthony Smith, and it was kind of like a back and forth, kind of quiet on their end, and once they reached back it was to let (me) know that we couldn’t come to an agreement, and they were going to commit to the release.”

Romero admits that, despite numerous disagreements with the matchmakers, he legitimately thought he was being pranked when his managers delivered the news.

“I would have never expected this,” Romero said. “I was training not extra hard, but training with an intensity that I was going to run through my next two fights, get another shot at Izzy (Adesanya), and once I was in there, I was going to take his head off.”

Who will stand across from Yoel Romero in his Bellator debut? 7 names to consider 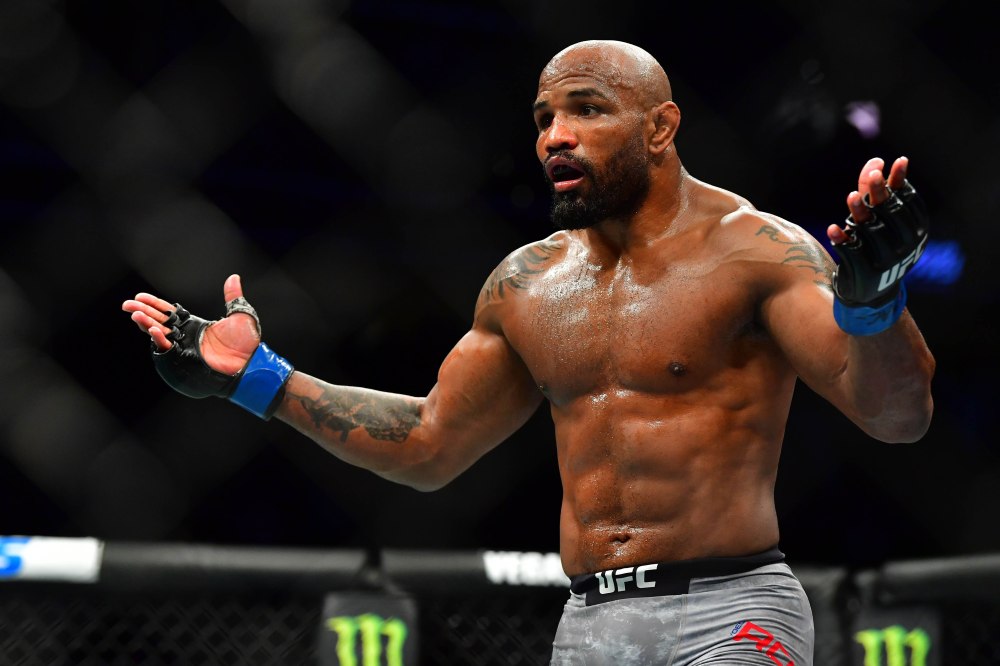