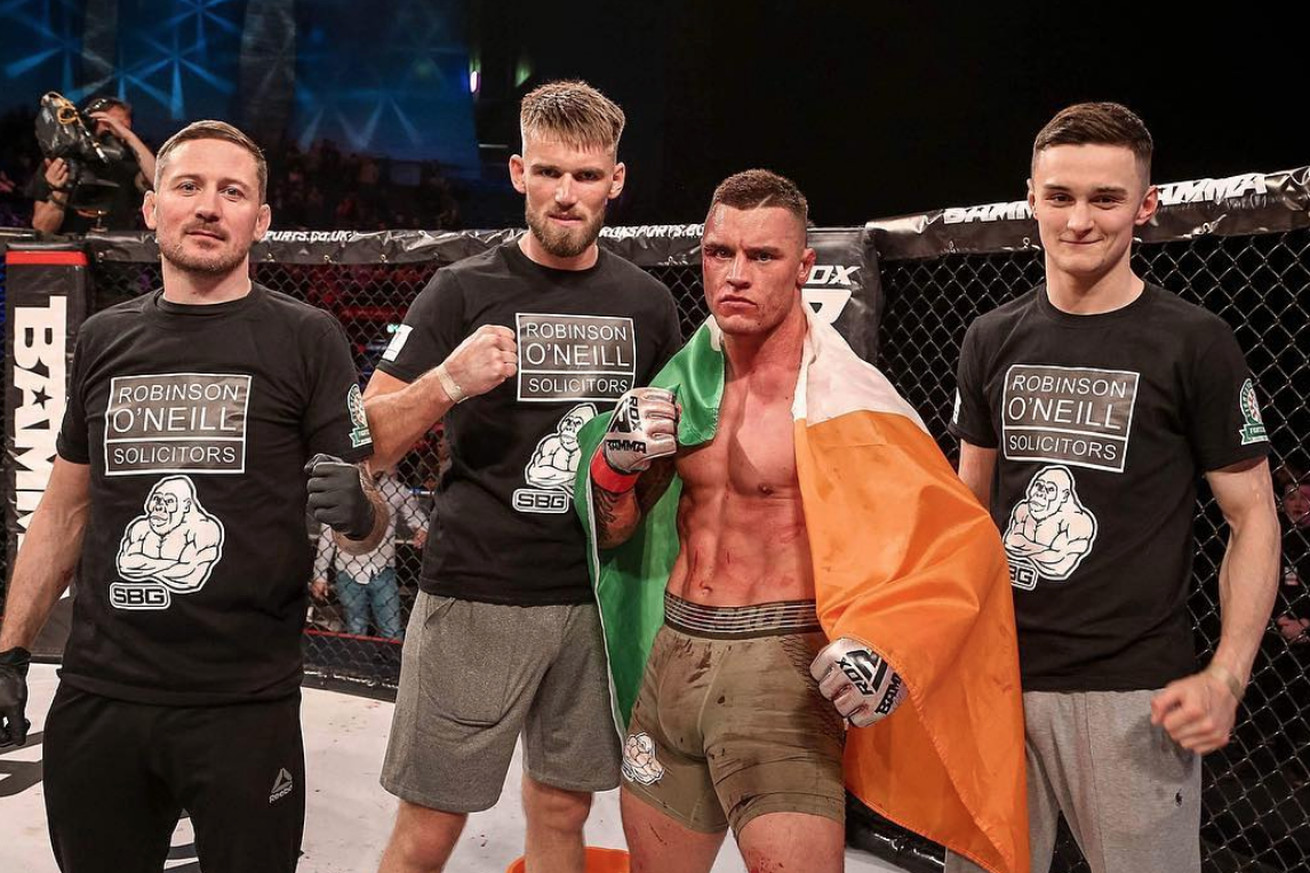 Count Kiefer Crosbie as one person who made the most of his quarantine during the coronavirus pandemic.

After fighting in February, the 30-year-old Irish athlete was able to take time off in large part due to the government mandated shut down but he wasn’t complaining all that much because it afforded him valuable time to spend with his newborn son.

“That’s the biggest positive,” Crosbie told MMA Fighting about the time he spent with his son during the pandemic. “The fact that I didn’t miss a day and I didn’t have to train everyday, twice a day. It was nice to put the feet up after the last fight and actually enjoy it.

“Then you get to a stage where you’re enjoying it and you’re getting fat and you’re like let’s get back to the gym. Let’s get a fight booked.”

With Bellator back in business, Crosbie was anxious to get a date and an opponent so he could build on his two-fight win streak and an 8-1 record overall. According to Crosbie, he was originally expected to face former Cage Warriors champion Soren Bak but that matchup was scratched and the promotion eventually landed on Charlie Leary as his opponent.

Crosbie admits some disappointment that the Bak fight didn’t happen, especially after he called for that matchup following his last win, but a change of opponents is obviously nothing new to him.

“Soren Bak was the opponent, he signed to fight me and he pulled out with an injury,” Crosbie said. “So that was the fight that was happening and Charlie is the opponent now. It wouldn’t be like me without pull outs. I don’t think I’ve gone a professional fight without a pull out but Charlie is a tough veteran.

If all goes well against Leary this weekend, Crosbie is hoping to take a step forward in competition with hopes of luring some veteran talent into a fight against him.

While he’s absolutely patient when it comes to a chase for Bellator gold, Crosbie isn’t going to sit around and wait forever until bigger named opposition agrees to face him.

“After this, I have a long list of so called UFC veterans I’d like to fight,” Crosbie said. “Myles Jury is at the top of that list and I want to start taking them out one by one and start making a bigger name for myself and moving closer to the belt.”

Before that, Crosbie is just looking forward to fighting again this weekend while sharing the cage with a pair of his SBG Ireland teammates, who are also competing on the same night.

“Me and James [Gallagher] training in the gym just the other night, we’re both focused on the same date,” Crosbie said. “We’re flying over on the same plane. Fighting is an enjoyable thing for us to do so it’s kind of like a holiday.

“Picture it, we get to fly to Italy, chill out in a four star, five star hotel, free food for the week and we get to fight in the cage and get paid a load of money for it and then after we get to eat a lot of pizza. It’s the dream.”