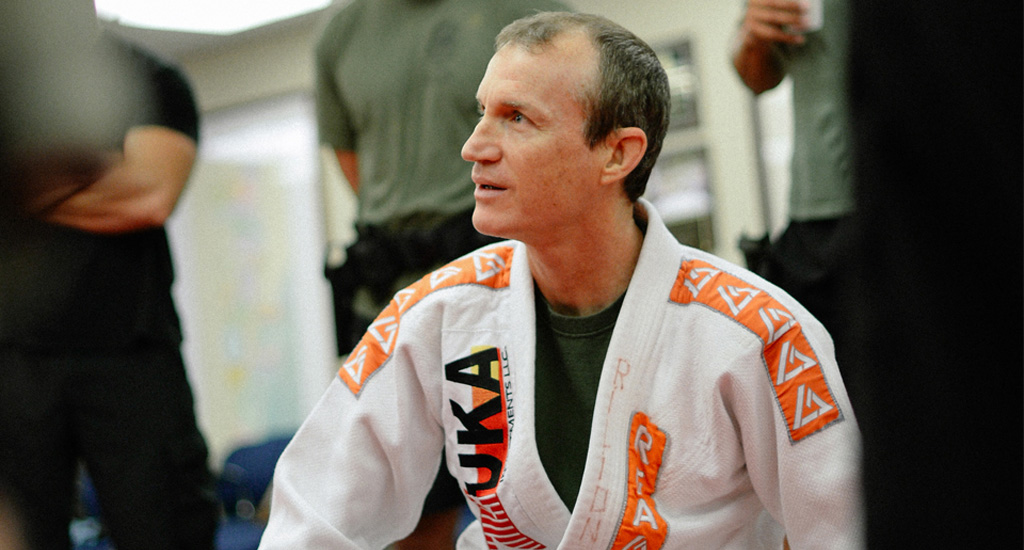 While paying a visit to Rio de Janeiro, Master Rilion Gracie taught exclusively to Graciemag viewers one of his favorite sweeps from the open guard.

Pay attention to the precise grips and levers used by Rilion, who is deemed one of the most inventive guard players in his family.

Opening the guard [0:34]… control here. I’m gonna break his grip here to kill his grip on my knee, then I’ll throw this leg out and move out. With this hand, I’ll control his collar [0:53] to make it hard for him to take this leg out. Here, I’m already well positioned, with my hand on the floor. I’m gonna tangle my legs with his far leg there. Many people go like this [1:11], this leg higher up. But in this position, we’re gonna put it lower, because my right leg on his knee is important for me to break this grip of his and pull his knee down. When I force his leg here, I make it hard for him to stand up [1:28]. I’ve controlled his leg. Now with my grip on his arm, since he can’t get up, I’ll drag the elbow back, and he has fallen on his shoulder. This foot here, my left, it’s important to throw it upwards, so he can’t put his leg on the floor. If I put my leg down [1:51], then he puts his leg down, and he’s out. When I throw this up… Now I just have to come up; I’ve controlled; I will lower my hip, control his elbow nicely here; I throw my leg to the side, and I land in a favorable position.

The post Rilion Gracie teaches a sweep with a lever from the open guard first appeared on Graciemag.