A.J. McKee wants to go after Patricio Freire not once, but twice.

The undefeated featherweight, who meets former bantamweight champion Darrion Caldwell in the featherweight grand prix semi-finals at Bellator 253 on Nov. 19, could cross paths with dual-champ Freire (30-4 MMA, 11-3 BMMA), if both men make it to the tournament final.

But McKee (16-0 MMA, 6-0 BMMA) isn’t just going after Freire’s featherweight title, he has his sights set on the Brazilian’s lightweight belt, too.

“That’s an easy fight,” McKee told MMA Junkie Radio. “That’s a warmup. … That’s what I’m looking forward to doing, getting that first belt out the way. I’m gonna do it like Drake said, ‘back to back.’ I want both of them, back to back. I’m gonna give ‘Pitbull’ a little warmup.

“He’s been ducking me since day one. He acts like he doesn’t know who I am or what I’m coming for. He knows that time is coming, but I’m gonna make the first fight look so easy, he’s gonna rethink the second one or his ego’s gonna get in the way and he’s really gonna want the second one. It’s gonna be another cakewalk, I told him I got that leash in the kennel, whenever he wanna go to the pound, I’m ready to take it.”

After stopping Georgi Karakhanyan and Derek Campos, McKee already finds himself in the grand prix semi-finals. Freire on the other hand, is yet to compete in his quarter-final bout. He’s scheduled to face Pedro Carvalho in the main event of Bellator 242 on Nov. 12, just a week before McKee competes for a spot in the final. 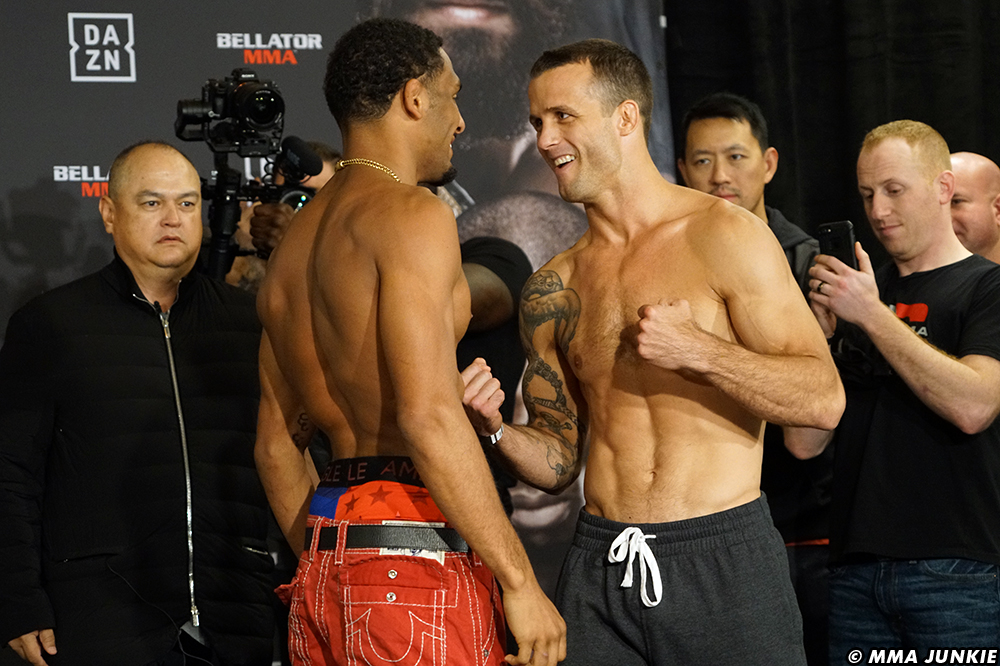