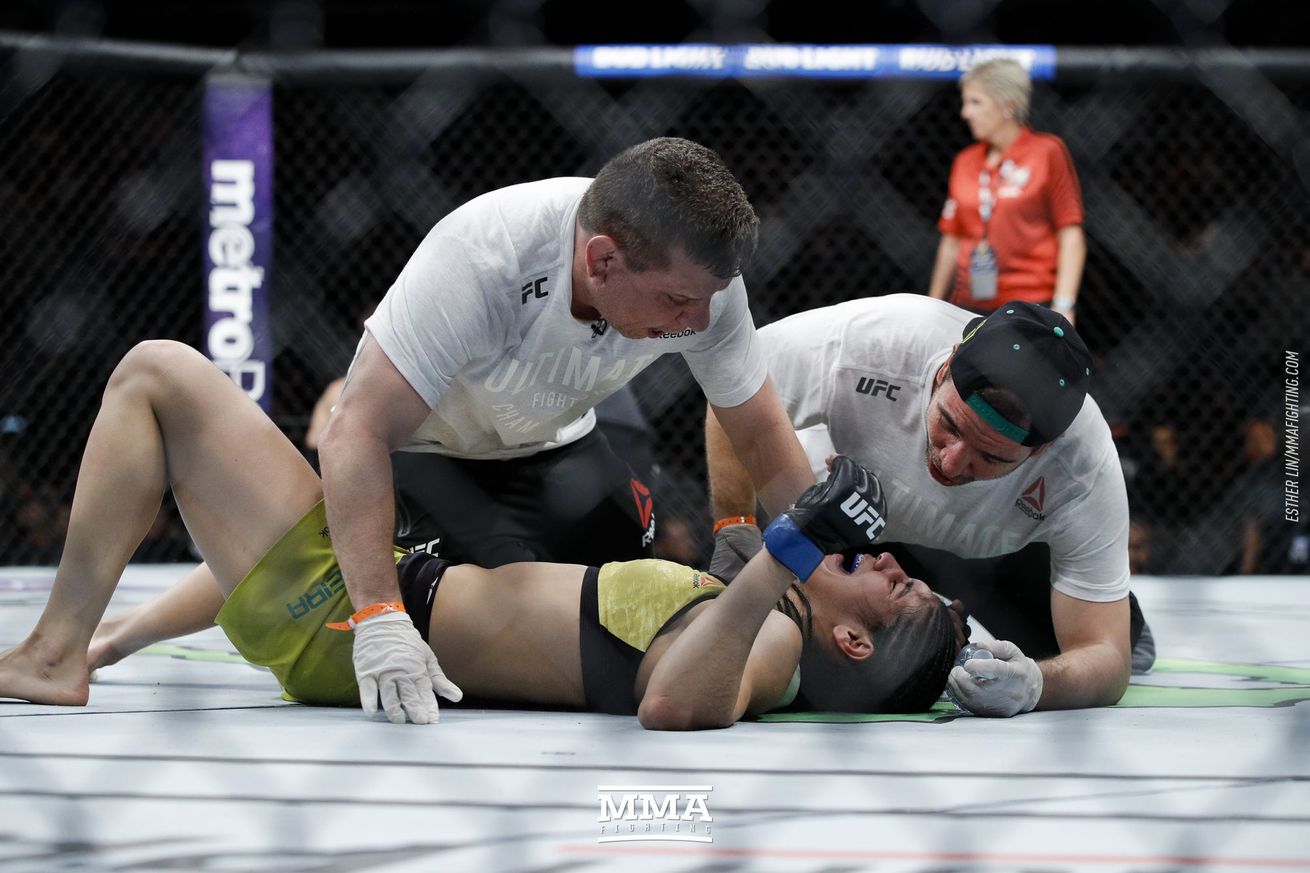 Andre Pederneiras tested positive for COVID-19 and won’t be by Ketlen Vieira’s side in Abu Dhabi. | Esther Lin, MMA Fighting

Nova Uniao leader Andre Pederneiras won’t be in Ketlen Vieira’s corner for her UFC 253 bout with Sijara Eubanks after testing positive for COVID-19 upon arrival on Fight Island, Vieira revealed during the pre-fight media day in Abu Dhabi.

Pederneiras believed he was infected by the novel coronavirus back in May after a test came back positive in Rio de Janeiro. “Dede,” who was asymptomatic at the time, remained isolated from his family for a couple of weeks before returning to work, and then flew to Abu Dhabi to corner Jose Aldo and other Nova União fighters.

Turns out that the May test result was a false-positive. According to Vieira, Pederneiras is experience cold-like symptoms this time, feeling weak and having fever, but “is OK.”

Pederneiras is the first person to test positive for COVID-19 upon arrival on Fight Island. The UFC protocol managed to catch fighters and coaches before leaving hub cities around the world in July, but the company changed its protocol this time around. Instead of having Sao Paulo as one of the hub cities, the UFC had Brazilian-based people fly to London on commercial flights for tests before leaving for Abu Dhabi.

Vieira says she did not have any contact with Pederneiras on her way to Abu Dhabi, so she was allowed to proceed and fight Eubanks. Former Bellator bantamweight champion Marcos Galvao will be her only corner Saturday.

“It’s going to be the two of us against the world,” Vieira said. “We went through a lot to get here, several issues. I’ll only have one corner on the fight, so I just want to leave with my hand raised.

“[Pederneiras’ situation] only motivates me to go there and make him prouder.”