Anthony Pettis is no longer a UFC fighter.

On Tuesday, Pettis (24-10 MMA), a former UFC lightweight champion, announced he has departed the promotion in favor of free agency exploration.

Pettis, 33, had been with the promotion since the WEC merger at the beginning of 2011. He fought out the final fight on his promotional contract Saturday when he defeated Alex Morono at UFC Fight Night 183.

In a lengthy statement issued on social media, Pettis thanked the fans and UFC staff for their years of help and support in making his dreams come true. Pettis didn’t reveal what his next move is but said he’s not done.

“Almost 12 years with this company and so many amazing memories,” Pettis wrote. “From winning my first world title at 23 years old to becoming the UFC world champion at 26 in my hometown. From being on MTV to the cover of the Wheaties box, I am forever grateful for everything I have experienced and accomplished with this company!!!

“Dana – thank you for everything you have done for me. I was just a kid from the south side of Milwaukee, Wisconsin with a big dream. You helped me turn thta dream into a reality. THANK YOU!!!

“Lorenzo and Frank Fertitta, Reed Harris, Sean Shelby, Dave Sholler, and Burt Watson, you have helped me and impacted my life and career in countless ways. I will be forever thankful. Everyone at the PI, you helped take my game to the next level! Everyone that works behind the scenes, I am so grateful for your tireless work, especially on the road, you have no idea how much you are appreciated. Thank YOU!!!

“Last and most importantly the UFC fans … thank you!!! You gave me energy in every fight. I hope I have been able to you that ANYTHING is possible. I am excited about my future in this sport. I promise I am not done.

“From the bottom of my heart, thank you all,

Images of Pettis signing paperwork were posted to his Instagram story, though no clarity was provided as to what those papers might be.

Pettis’ brother, Sergio Pettis, departed the UFC in 2019 and signed with Bellator MMA. 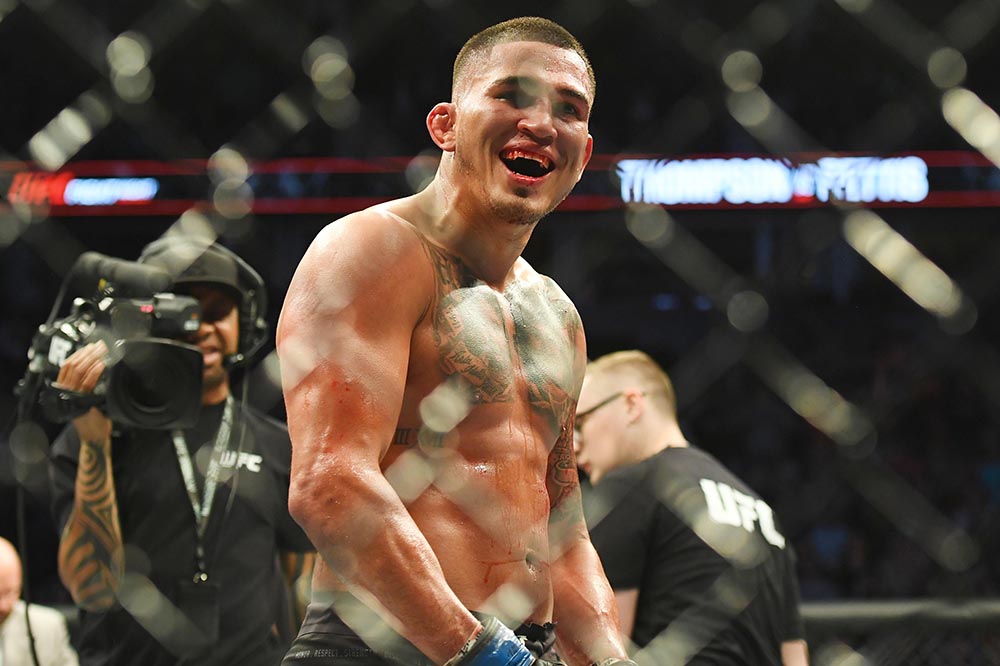