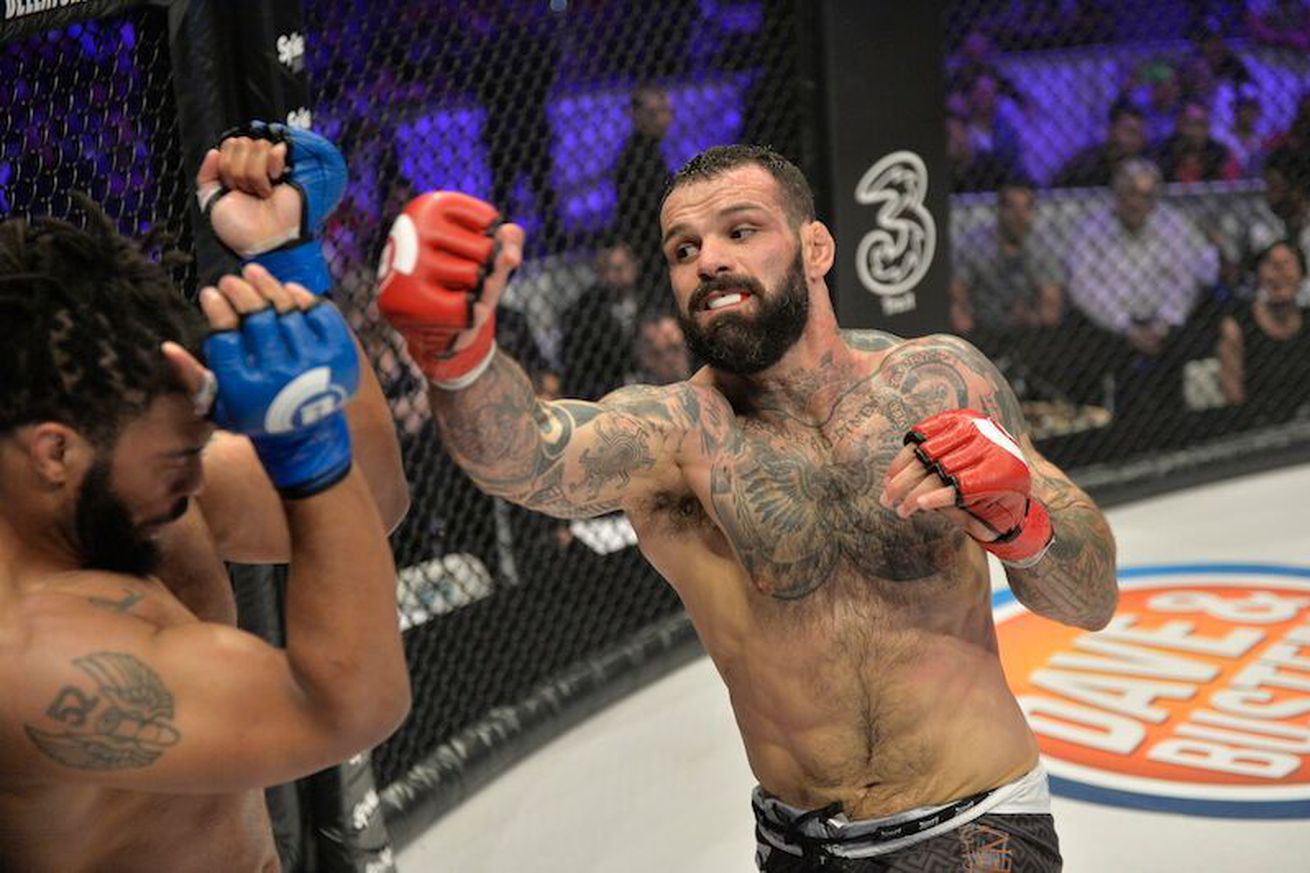 Italian veteran Alessio Sakara will compete in an upcoming Bellator event in his home country. | Bellator

Bellator has a trio of cards planned for Milan, Italy, over the next couple of weeks, and just announced the full lineup for the final show on Oct. 3.

Headlined by a previously announced bantamweight clash between James Gallagher and Cal Ellenor, the card will include two UFC veterans Alessio Sakara and Carlo Pedersoli Jr.

Sakara (24-13, 2 no contests), who once challenged for the Bellator middleweight championship against Rafael Carvalho, stopped Canaan Grigsby in just 23 seconds in his most light heavyweight recent bout in Oct. 2019.

“Legionarius” takes on Spain’s Darwin Rodriguez (9-5), who was on a six-fight finishing streak prior to his KSW debut loss in Nov. 2019. “El Noble” will enter the Bellator cage for the first time that night.

Pedersoli Jr. (11-3) makes his Bellator debut after a 1-2 run in the UFC between 2018 and 2019 with a victory over Brad Scott followed by losses to Alex Oliveira and Dwight Grant.

“Semento” is also set to fight a Spanish fighter, battling Acoidan Duque (15-2) in a welterweight contest. “El Pei” won five in a row before inking a deal with Bellator.