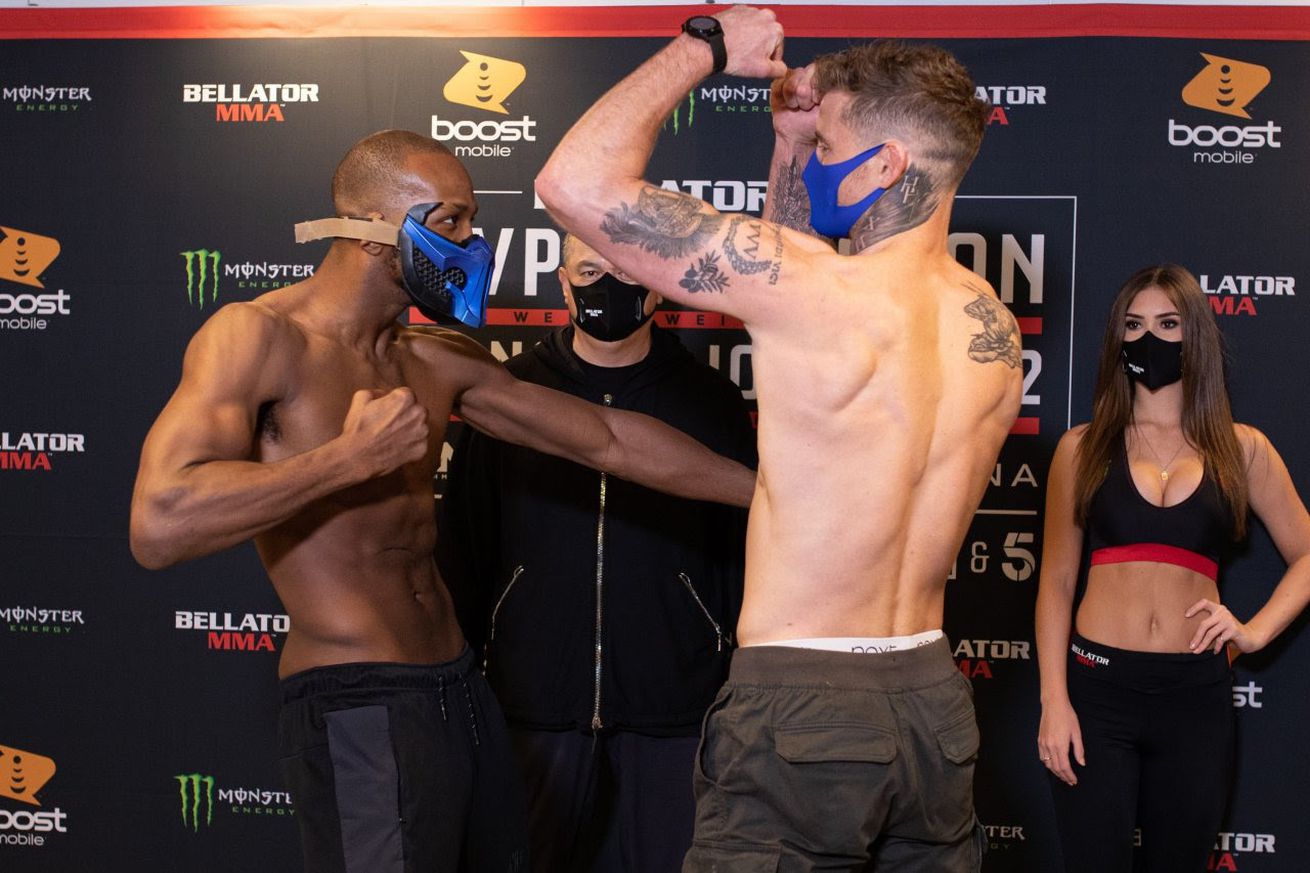 Michael Page and Ross Houston will collide in a 175-pound catchweight bout in Paris. | Bellator

All 24 fighters made weight for Bellator’s first show in French soil on Friday morning.

The event, which will be separated in Bellator 246 and Bellator Paris, will take place at the Accor Arena in Paris on Saturday. The Bellator 248 portion will be headlined by Michael Page and Ross Houston, while heavyweights Cheick Kongo vs. Tim Johnson main event the Bellator Paris lineup.

Page vs. Houston, which was originally announced as a welterweight contest, became a 175-pound catchweight ahead of the official weigh-ins, and both fighters were under the contracted limit.

Check the official weigh-in results below.