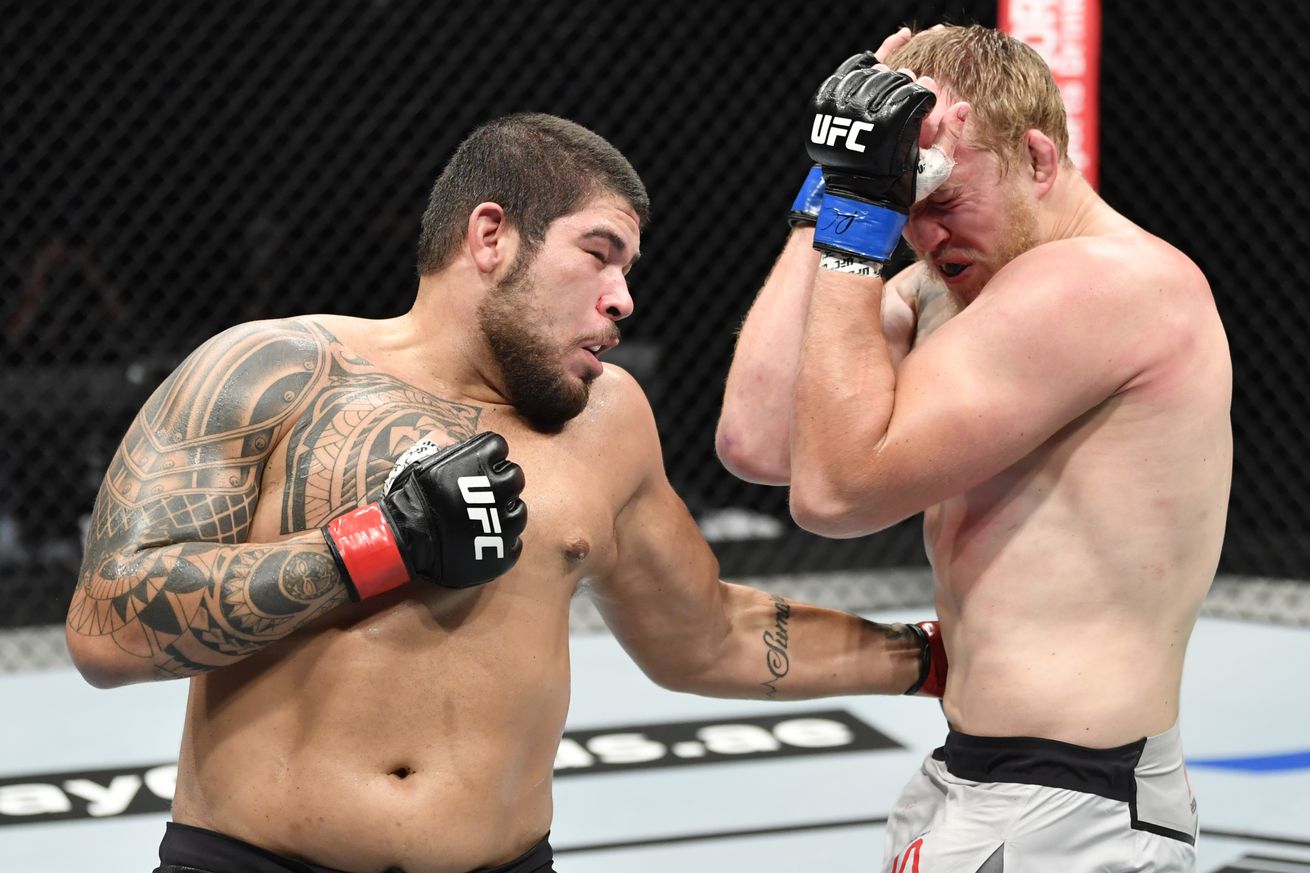 “Boi” and De Castro are both hungry to get back on track after suffering the first losses of their professional MMA careers in their most recent appearance against Sergey Spivak and Greg Hardy, respectively, and the Brazilian foresees an exciting battle that could be too much for some people.

“I predict a war,” Felipe said in an interview with MMA Fighting. “Whoever has heart problems and high blood pressure will be a bit sick.”

A fan of theatrics both inside and outside the cage, Felipe won’t change a thing in his personality after the disappointing octagon debut. That said, he warns De Castro, a man with powerful leg kicks and heavy hands, he just “won’t handle my rhythm.”

“I’m going for the finish since the first second,” Felipe said. “That’s one of the lessons I’ve learned in my first (UFC) fight, don’t leave it to the judges, so I have no bigger motivation to go for the finish than what happened in my previous fight.

“And there’s no reason to change,” he said of his personality. “I won’t change the way I am because of one loss. I’ve had this style since my second fight and I won’t change just because some critics on the sofa don’t like it and decided to criticize me for it.”

The majority decision defeat to Spivak was a learning experienced for “Boi,” who chooses to recognize his opponent’s merits and learn from it instead of thinking what he did wrong and search for excuses.

Felipe has an extra push for the finish, too, after proposing to his girlfriend Izabella Costa, after all “I will need money for my wedding so there’s no bigger motivation to go for the ‘Performance of the Night’ bonus [laughs].”

“Yorgan is a tough opponent, he’s good on the feet, but it’s a good matchup for me because I’m better than him,” Felipe said. “I have more weapons to beat him. His striking is very one-dimensional, I’m more complete and better overall. I’m not saying he’s an easy opponent, but nothing he does surprises me. He knows how to kick and so do I, he has heavy hands and so do I, so it’s going to be a war.”

Co-headlining a UFC event is a dream come true for Felipe, and a surprising one considering he returned empty-handed from his first trip to Abu Dhabi in July. After having the “honor” of a “surreal” training session with MMA legend Antonio Rodrigo Nogueira during fight week — and receiving a few tips for his upcoming fight and overall career —, “Boi” wants to leave De Castro unconscious on the floor.

“That’s something that motivates me because there’s a first time for everything,” Felipe said. “He hasn’t been knocked out yet, but the first one is coming [laughs].”