MIAMI GARDENS, Fla. – Former NFL All-Pro Chad Johnson was put on the canvas in his boxing debut, but he did make it to the final bell in the four-round exhibition.

The former Cincinnati Bengals star faced MMA fighter and bare-knuckle boxer Brian Maxwell in a cruiserweight bout at Hard Rock Stadium that was featured on the prelims of Sunday’s Floyd Mayweather vs. Logan Paul pay-per-view event at Hard Rock Stadium. The special rules matchup did not feature judges to declare a winner.

The 43-year-old Johnson was loose and smiling in the early going, but the matchup became more intense as at wore on, culminating with a a knockdown in the fourth round, courtesy of a Maxwell right hand.

Still, Johnson did establish an effective jab at times, while also showing incredibly quick defensive footwork. He slowed after the knockdown but was able to stay away from Maxwell until the final bell and avoid any further damage.

A Showtime Sports social media poll revealed 62 percent of voters thought has a score been issued, Johnson had done enough to take home the win.

Afterward, Johnson admitted his performance was “a little sloppy” but said he hoped the contest could serve as motivation for those watching at home.

“My life has always been about taking chances and doing crazy stuff, and this is just one off my bucket list,” Johnson said. “And it’s a message for a lot of people out there, man, that are content, that are scared to fail, scared to lose, and don’t take chances. Man, get out there and live, man. Don’t be scared to fail. It’s OK.” 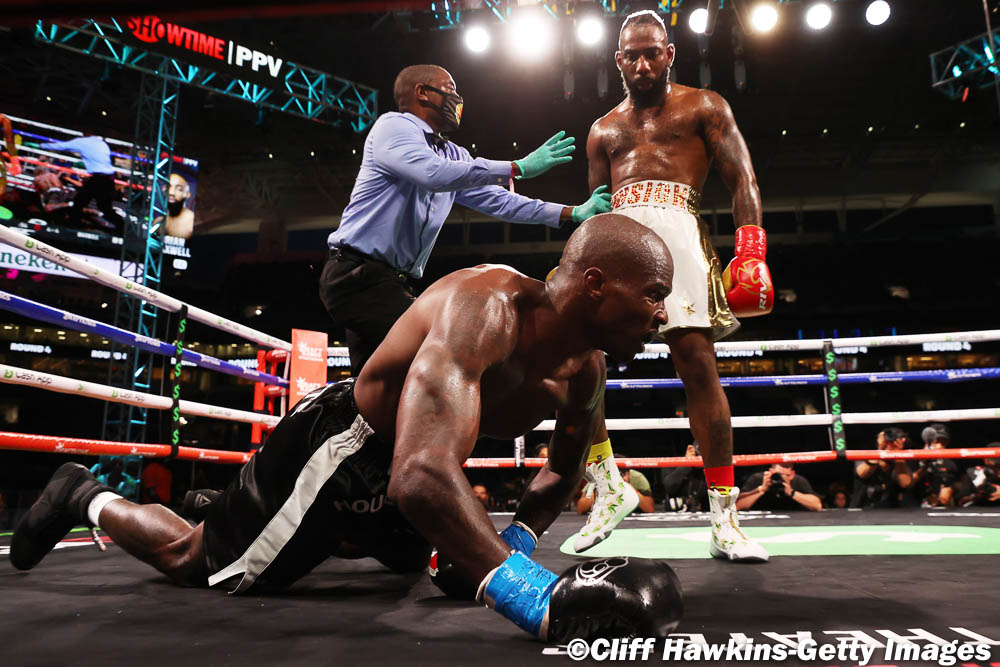