The seasoned veteran is on a rough stretch with back-to-back split-decision defeats to Paul Felder and Dan Ige. Both bouts where controversial, as many fans thought the Brazilian did enough to win. The close calls left Barboza (20-9 MMA, 14-9 UFC) with a bad taste in his mouth.

“It’s hard, it’s not easy,” Barboza told reporters at the UFC on ESPN+ 37 media day. “It hurts because I give my best every single day in the gym. I really pay the price to get my W. And when you go there and watch the fight the people around me say, ‘Hey, you definitely won the fight,’ and I see the judges give the fight to the other guy. It’s not a good feeling. It hurts a little bit, but it’s over and now focused on my next fight.”

Barboza looks to break what’s a three-fight skid overall on Saturday in the co-main event of UFC on ESPN+ 37, which takes place at Flash Forum at Yas Island and streams on ESPN+. He takes on Makwan Amirkhani (16-4 MMA, 6-2 UFC) in what will be Barboza’s second UFC bout at 145 pounds.

The split-decision losses have changed Barboza’s mentality, he said. He vows to be a different fighter when he sets foot in the octagon against Amirkhani.

“I changed a little bit,” Barboza said. “I always fight to win, especially in my last couple of fights. I went in there to win and don’t think about the knockout, just go there to win and not risk — that’s changed.

“I’m going there to finish now. Every punch, every kick, every knee, and if the fight goes to the ground, I’ll try to finish there for 15 minutes. I don’t want to pass through what happened to me in my last two fights. I don’t want to go through that again.”

Barboza has been fighting professionally for over a decade now. The 34-year-old has yet to get ahold of UFC gold, but his pursuit for the belt is still strong, despite the recent set backs.

“I dropped to 145 to be a champion,” Barboza said. “I dropped to be a featherweight champion of the world and it didn’t happen in my last two fights, but something inside of me said, ‘Bro, now is your time. You don’t have time to play the game, you have to go.’ You guys will see a different Edson Barboza and I’m here to be a champ.” 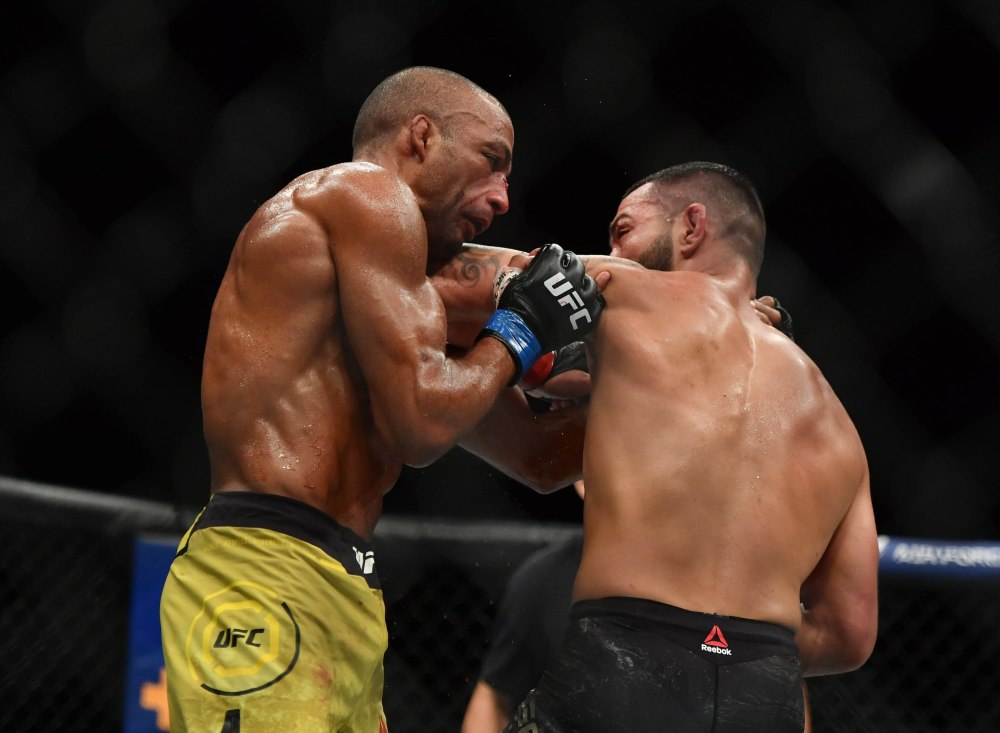