UFC lightweight champion Khabib Nurmagomedov announced his retirement after submitting Justin Gaethje in the second round at UFC 254, leaving the 155-pound belt up for grabs.

The UFC posted an image of top-ranked lightweights Conor McGregor, Dustin Poirier, Tony Ferguson, Gaethje and Michael Chandler as contenders who are vying for the top spot, but Oliveira took issue with the fact that he wasn’t included.

“And I? I’m ready, I come from seven victories in a row and only Poirier and I are coming from the victory of all these fighters who posted. I am ready, I deserve this chance, you will not regret it.”

Oliveira (29-8 MMA, 17-8 UFC), the UFC’s all-time leader in submission wins, has finished each of his last seven opponents, with his most recent performance seeing him submit Kevin Lee at UFC on ESPN+ 28 in March.

Oliveira was scheduled to face Beneil Dariush at UFC on ESPN 16 on Oct. 3, but was forced out of the matchup due to undisclosed reasons. 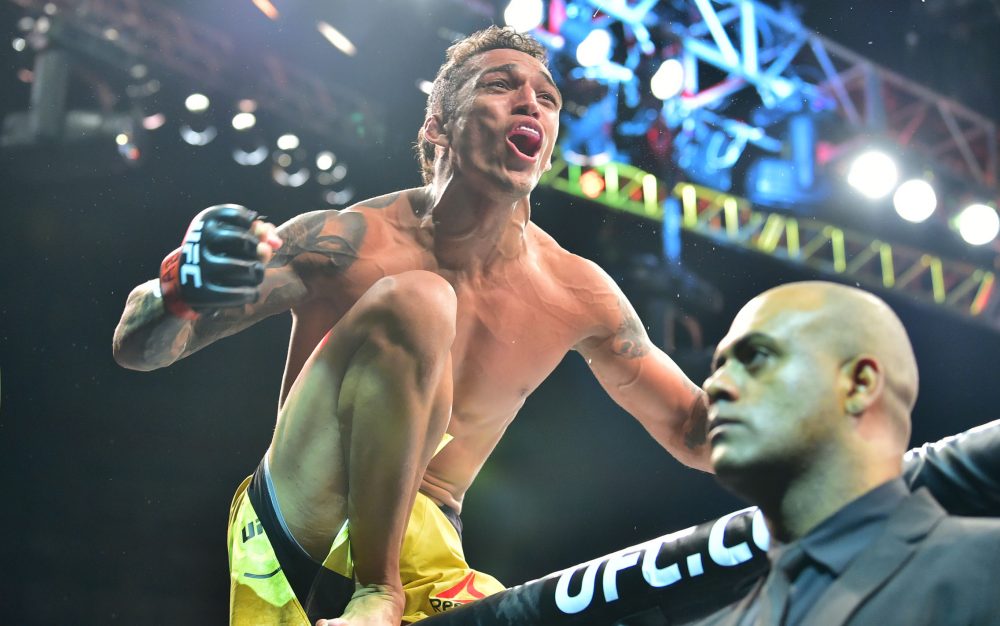