It’s safe to say Conor McGregor isn’t at all concerned about ring rust heading into UFC 257.

By the time McGregor steps foot inside the octagon to meet Dustin Poirier on Jan. 23 on “Fight Island,” it will have been more than one year since his last fight – a 40-second TKO of Donald Cerrone on Jan. 18, 2020 at UFC 246.

Should there be concern about the lack of activity heading into such a big matchup? Maybe. But McGregor, the former UFC lightweight and featherweight champion, made it pretty clear that’s not on his mind with one simple tweet Monday night.

“I promise a masterpiece,” McGregor wrote.

I promise a masterpiece.

A lot has changed for both fighters since then, with McGregor becoming a UFC champ-champ and Poirier going on to claim an interim UFC 155-pound title, although the people closest to McGregor expect a similar result to the first fight.

“(Poirier) knows that he is facing somebody who can shut off his lights very, very rapidly and now is a lot more powerful and a lot more experienced than he was even then, so it’s a tough, uphill battle for Dustin,” SBG Ireland head coach John Kavanagh said.

Added McGregor striking coach Owen Roddy: “I think Poirier has improved an awful lot since that first fight. I think Conor has improved more since then, as well. They’re definitely two better fighters than they were when they first met, but I still think Conor is just the better fighter. I think he’s too precise. Poirier’s skills have definitely improved. His hands are very good. He’s tough, he’s durable, he sets a good pace, but I just don’t see where he beats Conor. Conor’s just too good everywhere, too precise and too clinical with his striking.”

If that’s the case, McGregor just might deliver on his promise. 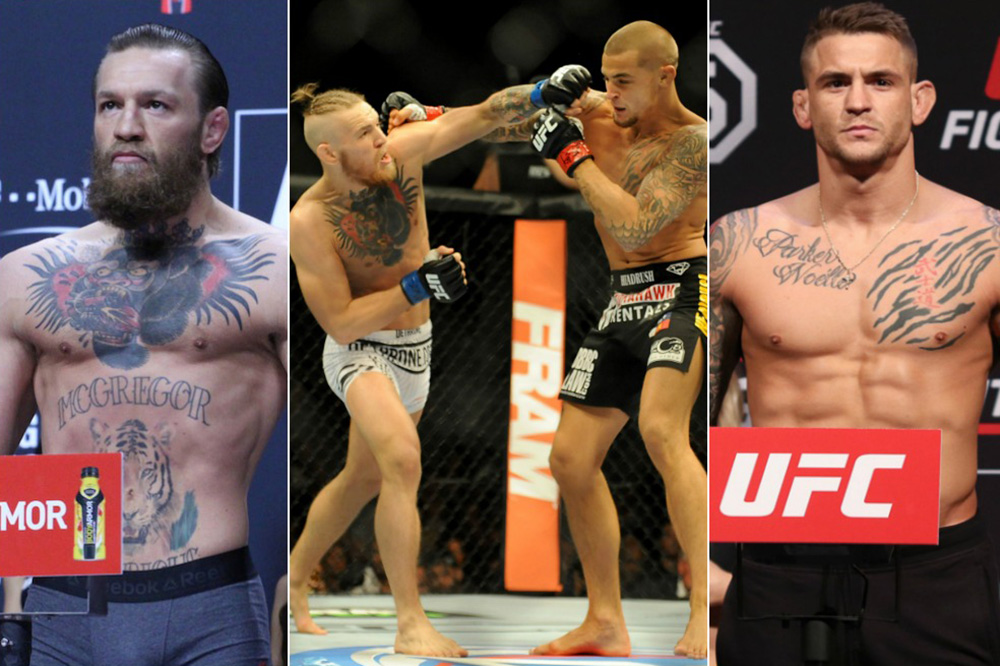