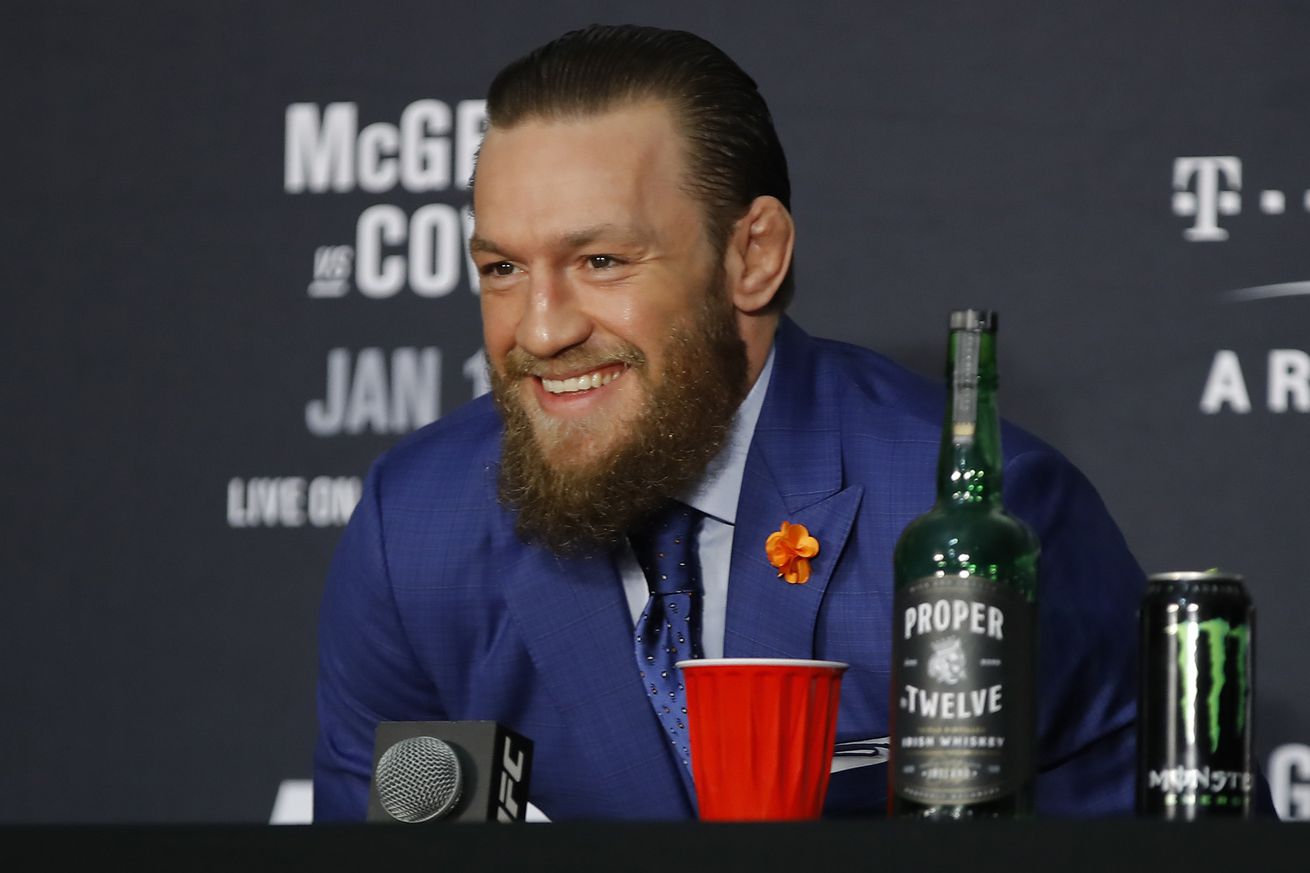 Getting busy on social media, Conor McGregor is sharing the receipts from recent conversations with Dana White and also tipping his hand as to what’s next for him.

On Friday, “The Notorious” tweeted out screenshots of text conversations between himself and the UFC president, explaining what their negotiations were like before the coronavirus pandemic put a pause on the UFC’s plans as well as mentioning interest in a fight with Diego Sanchez.

He later added, “I’m boxing Manny Pacquiao next in the Middle East.”

To Diego Sanchez…
I seen your recent comments about your final bout and I am in!
After you fought Pereira, I had requested for myself and you to compete in Dublin. This was back in February when I was working on opposition for my season, pre covid.
Good luck this weekend! pic.twitter.com/Y0hf6Zr7XF

3 weeks post my last record breaking event, I was campaigning for another blockbuster McGregor event to take place.
Sad about my season I must say

Here’s the finish of that exchange. Pre covid. Pre retirement.
Never turned down offer of Tony as was suggested at the time. I stated months in advance (early February) that I was not interested in being an alternate for two consistent pullouts.
Pushed for my own scheduled bouts pic.twitter.com/jXQD2dTWrL

I was pushing hard for the season.
Multiple opponents, multiple dates offered throughout. All to take place back to back.
Then when covid hit and the talk was that I would have to wait for crowds again, I walked away from the situation. I was waiting long enough at that stage.

Anyway all water under the bridge who gives a fook.
I’m boxing Manny Pacquiao next in the Middle East.

McGregor’s run of tweets was apparently prompted by Sanchez—who competes at UFC 253 this Saturday—telling the media in Abu Dhabi that he hoped to close out his illustrious career by meeting McGregor in the octagon. According to the Irish star, he was interested in fighting Sanchez at a show in Dublin that was originally planned for this past summer before the coronavirus outbreak caused major alterations in the UFC’s schedule and removed a number of international dates from the calendar.

The text conversations show McGregor asking White about various potential events in Los Angeles, Brazil, and Las Vegas, though the two cannot land on the same page and McGregor states that he does not want to wait too long to fight again. The aftermath of these private conversations essentially became public in June when McGregor announced a retirement, stating that “The game just does not excite me, and that’s that.” He specifically mentioned that he wasn’t interested in the options being brought forth by the UFC.

McGregor most recently fought in January, defeating Donald Cerrone via 40-second TKO, and he explains in one of his tweets that “three weeks post my last record-breaking event, I was campaigning for another blockbuster McGregor event to take place.

“Sad about my season I must say.”

He goes on to write that any rumors about him turning down a potential fight with Tony Ferguson are false and that he had no interest in stepping in as a replacement for any of his peers (seemingly referring to Ferguson and Khabib Nurmagomedov). McGregor’s emphasis was on setting his own schedule straight.

“I was pushing hard for the season,” McGregor wrote. “Multiple opponents, multiple dates offered throughout. All to take place back to back. Then when covid hit and the talk was that I would have to wait for crowds again, I walked away from the situation. I was waiting long enough at that stage.”

McGregor concluded his string of thoughts by announcing that he is expecting to fight boxing legend Manny Pacquiao in the Middle East, though he offered no further details. The former two-division UFC champion was involved in a blockbuster crossover boxing bout against Floyd Mayweather in August 2017 and despite losing to Mayweather, rumors have persisted since about McGregor returning to the boxing ring.

It will be a true honour to have faced two of the greatest boxers of the modern era, afraid of a fight.