COVID-19 once again was the reason for a major UFC fight being canceled.

Khamzat Chimaev withdrew from his bout against Leon Edwards on Tuesday due to complications from coronavirus, which hindered his preparation for the Jan. 20 headliner on “Fight Island” in Abu Dhabi.

MMA Junkie learned of the reason Wednesday through Chimaev’s team.

Chimaev (9-0 MMA, 3-0 UFC) tested positive for COVID-19 in early December. Follow-up X-rays showed that his lungs haven’t fully recovered from the effects of the virus, leaving doctors to deem Chimaev unfit to prepare for the Edwards fight.

The pair initially were scheduled to face off in the main event of UFC Fight Night 183 on Dec. 19, but Edwards withdrew after he tested positive for COVID-19. His battle with coronavirus was severe, with the Birmingham, England native losing 12 pounds during his illness.

Chimaev last fought in September, knocking out Gerald Meerschaert in just 17 second. The Chechen-born fighter quickly became a rising star in 2020, earning big praise from UFC president Dana White with his quick and dominant three-win start in the promotion.

The updated lineup for UFC Fight Night on Jan. 20 includes: 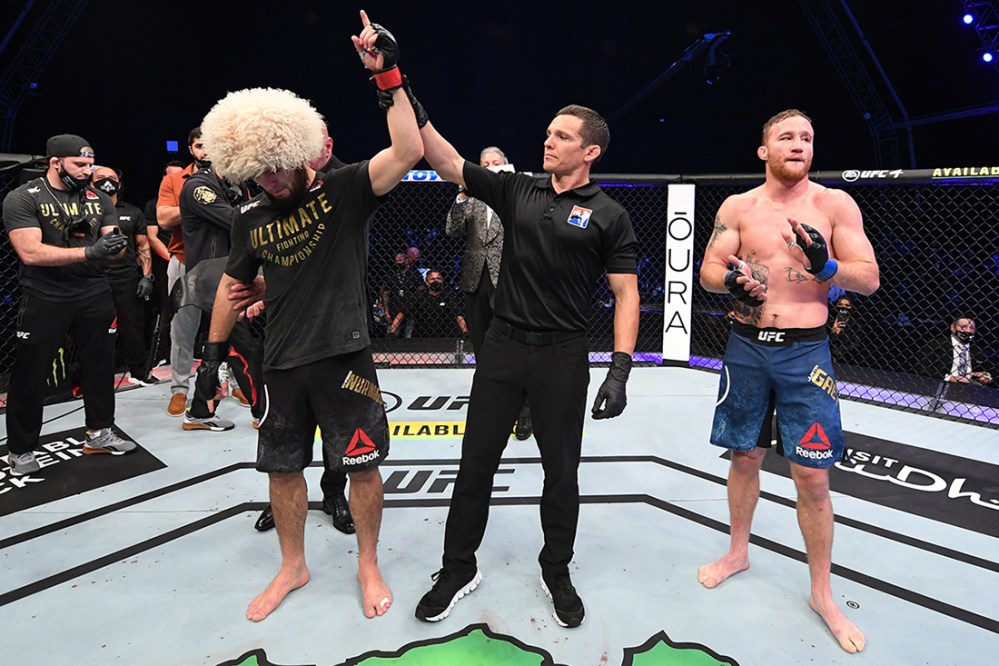