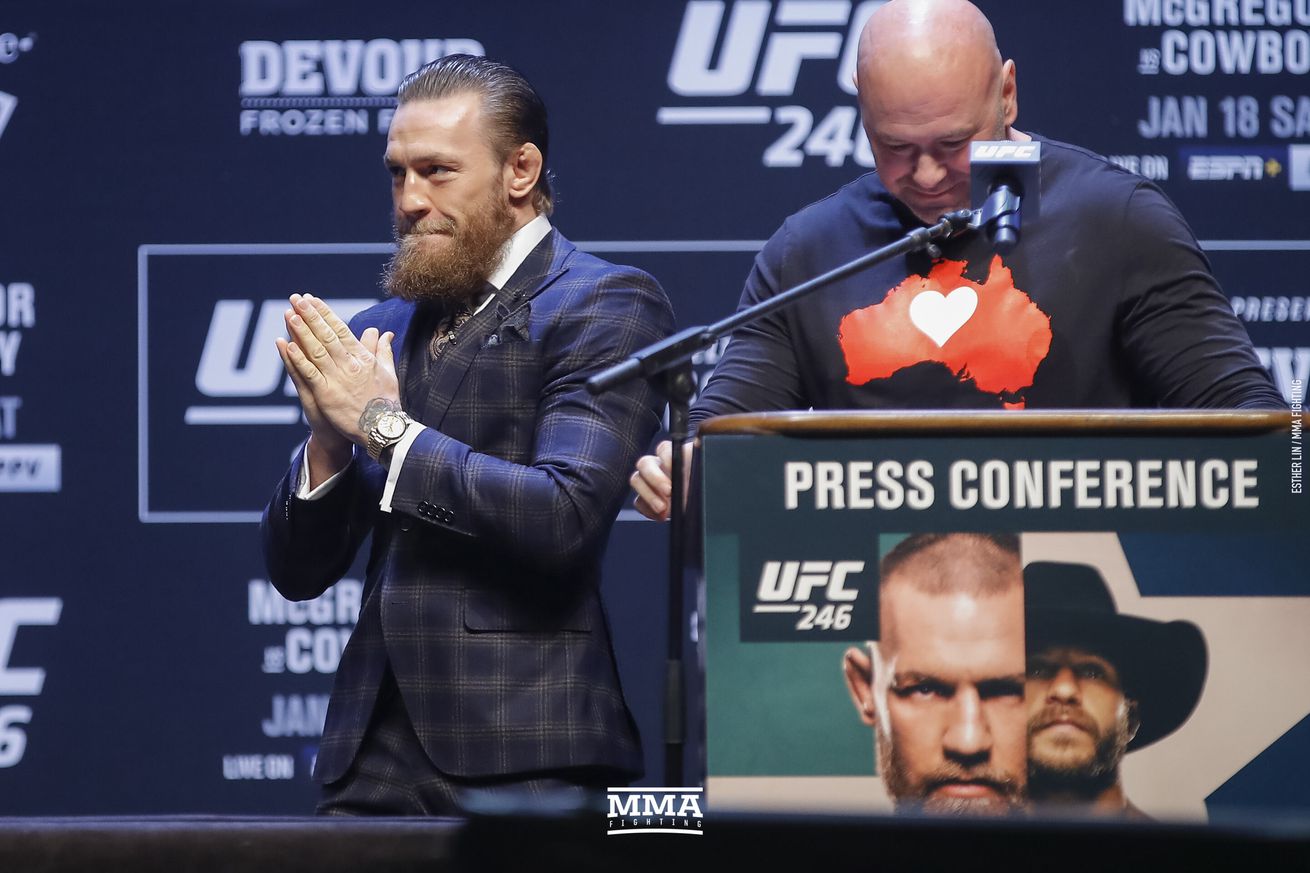 It might be a while before Dana White slides into Conor McGregor’s DM’s again.

This past Friday, McGregor took to Twitter to share a series of private messages he exchanged with the UFC president while talking about booking his next fight after dispatching Donald “Cowboy” Cerrone in January. During the conversation, McGregor mentioned the possibility of fighting Ultimate Fighter season 1 winner Diego Sanchez, who was actually dealt a decisive defeat at UFC 253.

Regardless of the prior request, White definitely didn’t appreciate that McGregor made their private conversation public without his permission. He also isn’t sure it made McGregor look great either while he was asking to fight Sanchez, who hasn’t exactly set the world on fire in his past few performances.

“Listen, I’ve had people blowing me up left and right,” White said at the UFC 253 post fight press conference about McGregor releasing their direct messages on Twitter. “I mean everybody here knows, even the ladies, this is some man code stuff. It’s just something you don’t do.

The exchanges over Twitter were part of a long string of messages released by McGregor prior to the weekend as he recounted his plans to stay busy and active in 2020 before deciding to announce his “retirement” earlier this year when no fights came together that interested him.

Despite the declaration that his career is over, McGregor has remained part of the UFC’s anti-doping program, which means he hasn’t actually notified the promotion that he’s officially retired.

In addition to the private messages he released from his conversations with White, McGregor also surprised just about everyone by revealing that he was planning to fight Manny Pacquiao in a boxing match in the near future.

While both McGregor and Pacquiao’s camps have confirmed talks are ongoing, White definitely wasn’t trying to feed those rumors when he was asked about the fight on Saturday night.

“I have no idea,” White said about McGregor vs. Pacquiao. “Listen you guys have been asking me about Conor McGregor forever. Did you see Conor McGregor’s tweet? The retirement tweet? ‘I am retired.’ Birthday cake, I’m retired.”